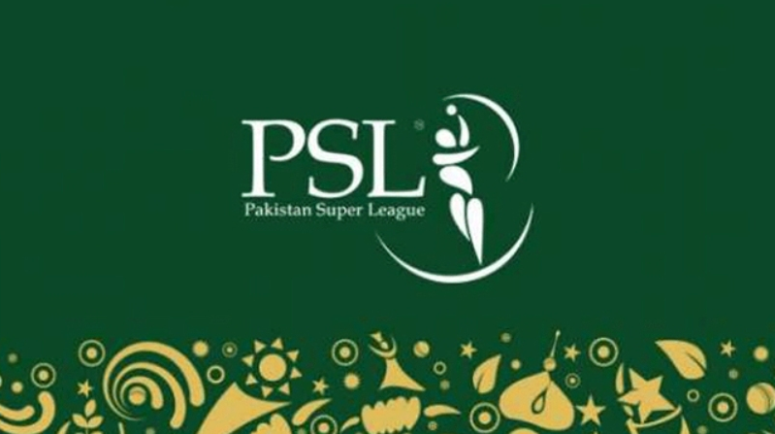 Pakistan cricket, as we see on the social media and also much being reflected from the press conferences is going places. The regular press releases, and some of the journalists make us believe it is being ably run. We need not to question the credence of the news emanating from Lahore’s Gaddafi stadium and we have no business doubting the integrity of those standing in thick and thin with the Pakistan Cricket Board. We must also. It is Pakistan cricket’s governing body and has the mandate to run cricket, conscientiously taking it to prosperity. They are also mandated to responsibly institutionalize the game within the country and to have the entailed requirements properly addressed. Is it really happening? I may well be considered naïve to understand the highly professional management teams and their working style at the Pakistan Cricket Board.

Recently, there have been a handful of events which not only delineate inaptness, intellectual dishonesty and the lack of insight in running Pakistan cricket. There are evidences, the concrete ones, making us figure out ‘nepotism’ has widely been promoted in awarding the contracts as well as dealing with the cricketing affairs. We must not doubt anyone’s integrity, and I am not the one personalizing things, still there have been some decisions really needing a review. Without being judgmental, I believe it needs a deep look or inquiries into settlements of contracts etc.

I am working as a Director at the Pakistan Television therefore I am restrained commenting on many things which may well indicate conflict of interest. I am also not allowed discussing such misadventures or issues on the public forums.

However, I am also a Pakistani besides being an indirect stakeholder in Pakistan cricket’s set-up. I have also worked at the PCB therefore being an ex-employee, I shall refrain bringing some of the facts out on the table. I am proud of having been part of Pakistan cricket and its board nonetheless there are times when one has to take a step out of the shackles. Here, I am not trying to make noise however I am a little dismayed finding out that ‘streaming rights’ of the PSL 5 were given by ITW to one of the betting houses and their website. Strange? It may well have a legal cover nonetheless the top tier of the PCB should retrospectively find out who made the initial contract and why such a contestable clause was agreed upon. Contractually, PCB may well have to agree upon such a clause and its execution, but they need to foresee and contemplate the repercussions.

We have been told that gambling is only relevant to the countries where it is legal, and this doesn’t imply for the territory of Pakistan or any other country where it is contraband. I believe, it is true and makes commercial sense. Shall someone mind referring to the Punjab Prevention of Gambling Ordinance 1978 (after amendments on the Punjab Prevention of Gambling Ordinance 1867) and also the Pakistan Penal Code sections 292, 293, 294, 294 a and 294 b?

Pakistan is an Islamic Republic and governed based on the 1973 constitution and its subsequent amendments. Religiously, socially, morally and commercially gambling/betting and other such practices are banned and not only one’s direct involvement but to promote or facilitate such an act is also illegal. In defense of the PCB, there is an argument that they haven’t allowed it happening in Pakistan. People averse to such criticism also try making an impact by saying regardless of the web streaming being allowed, betting houses all over the world where it is legalized accept bets and wagers on PSL and all international or domestic content. Yes, it is true, they do. Nonetheless does it warrant PCB carrying name of the Pakistan to get engaged into such activities even if legally allowed outside the territory of our country.

Globalization has made world an intercommunicable village. Digital interactivity isn’t an issue anymore. The world has been locked in our palms (smart phones). Even, in Pakistan most of the youthful and people who indulge in such nefarious practices shall be using proxy servers as they do now, and it shall attract more into it. It’s not that such practices aren’t taking place, however, officially name of the PSL through PCB even contractually shouldn’t have been done. It is illicit, illegal and reflects poorly on the management. PCB shouldn’t ever have become part of it directly or indirectly. Activities are termed illegal when they are against the given laws.

On one end, we are portraying and vociferously touting zero tolerance to match fixing/spot fixing/gambling and betting reprimanding and punishing our players and at the other, on the commercial front we are indulging in facilitating the betting houses. What about the Anti-Corruption Unit of the PCB and its mandate? How shall we marginalize proliferation of such acts?

Gambling is an addiction. People involved aren’t only about the greed, or to attract money but it is also a form of neurosis. Their unconscious motivations include the desire to lose and be punished, although they claim to all they intend and expect to win. They are generally, type of the people who fail to resolve their childish feelings of omnipotence and unconsciously believe, as young children do, in their magical powers to control fate as they desire. We have to produce sports savvy, iterate and passionate people rather than morally fragile individuals.

It needs an instant remedy. We have to keep out of the reach of such a space where PCB gets directly or indirectly involved in facilitating or promoting betting and its derivatives or precursors. No matter, contractually PCB may well have had the legal cover, we still need to prefer morality and our ethics over commercial viability. We need to avoid such contracts and hope that sanity prevails, as it comes. There are many facets needing a redressal.

Franchises and the PCB can make loads of money turning to and establish club houses, official merchandize, entailed programming and inventories all throughout the year rather than to come to consciousness three months prior to starting of the main PSL tournaments. The digital platform, the broadcasting inventories, evolving entailed reality shows, engaging people all throughout the year, using mobile telephony as another tool to attract revenue etc. PCB needs to broaden the base value of the PSL brand. They need to rethink about their method of draft, preferably turning to auctions. They now need to attract world superstars. They need to get rid of the financial caps and hire top of the line foreign cast. So much still needs to be done. We need to increase the financial out lay and brand of the PSL. It was amazing to see it happening in Pakistan. Now let’s move forward.

PCB in their official press release on March 23rd, 2020 issued a clarification which read ‘The Pakistan Cricket Board has categorically denied a newspaper report which claimed it had awarded betting rights to a United Kingdom based company. In a statement the PCB said: ‘The Pakistan Cricket Board categorically denies and rejects the assertion that it entered into, or allowed any of its commercial partners to enter into, any contract or agreement for betting rights with any entity whatsoever.’ ‘The facts are HBL PSL’s live-streaming rights outside Pakistan were granted pursuant to an international tender to an international company for three HBL PSL editions from 2019 to 2021. The global media rights partner, without following the due approval process, awarded the live-streaming rights to a betting company. As soon as the matter came to the PCB’s notice, it immediately took it up with the media rights partner and correspondence in this regard is ongoing’. ‘When a newspaper approached the PCB to comment last week, the PCB presented the facts which were however, not reported accurately’.

Interestingly, PCB also reinforced our point and tried juggling the words. When the global, broadcast and digital rights were being awarded, the possibility of the acquirer sub-licensing the rights to a broadcast company should have been taken into account. It was PCB’s failing regardless of who did it and whosoever finalized it. Two wrongs never make a right. None has pointed towards the PCB deliberately doing it. It may well have been inadvertent still it happened. PCB now needs to retrieve the situation rather than to stand up justifying. They have to detach from such happenings around their brand, the Pakistan Super League.

It was also interesting to see how the Chief Executive of the Pakistan Cricket Board has catapulted to instant fame. He is attracting positive reviews and is in the forefront, incessantly. We have heard that PCB has doubled their profits in one year with Eshan Mani and Wasim Khan holding their individual offices. It seems to be a great news nonetheless we seriously need to make a few inquiries where at least USD 2.1 million were off-set and another USD 2.3 million approximate rebate given to some. It shall be interesting to see the Profit and Loss statement of the preceding fiscal year of the PCB, in tandem with the audit report, also classifying expense and earnings before adjudging whilst the businesses and market space in Pakistan is contracting, PCB has flourished. If it’s true and validated with facts, we may well start proposing their names to be part of country’s economic team rather to waste them running cricket, a small product as compared to our immediate economic requirements.

Let’s hope, we prevail through the on-going global issue, the Covid 19 (Corona Virus) pandemic and futuristically reassess our priorities and pragmatically take decisions to reshape our sports and its associated market economy. I shall be gladdened and the happiest person if all claims made here and there about robust development of cricketing infrastructure, its economic base and modernization are true. I am keeping my fingers crossed.