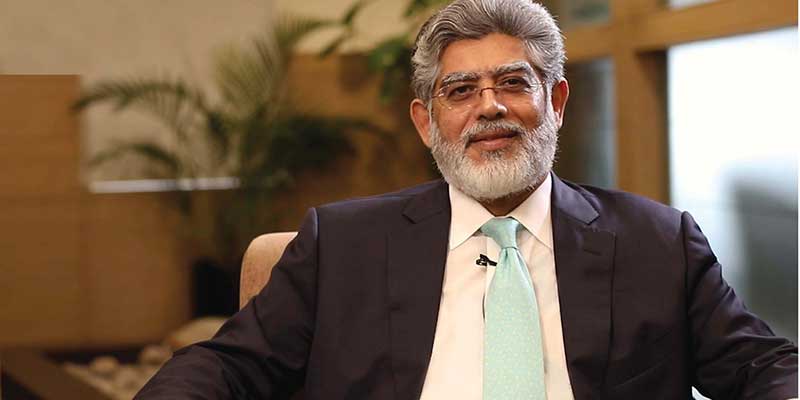 HBL PSL has been a powerhouse for nurturing talent: Sagheer Mufti

HBL Pakistan Super League is a brand of Pakistan Cricket, built after much perseverance. The league came as a breath of fresh air after some years of lacking international cricket from the country.

Since inception in 2016, the tournament has grown in stature and is recognised as ‘one of the top Twenty20 leagues’ globally and attracts stars and broadcasters from the international arena.

In an exclusive interview to ScoreLine, Mr. Sagheer Mufti, Chief Operating Officer of Habib Bank Limited spoke exclusively on the way forward and strategy. Over to Sagheer Mufti.

SCORELINE: What was HBL’s vision behind taking ownership of a newly launched league Pakistan Super League?

HBL being the biggest bank in Pakistan stepped up and played its role in enabling our talented youth to achieve their dreams. Our relationship with the game of cricket is much beyond a sponsorship. It is about creating unique, enjoyable moments for our clients, communities, and supporters of the game across the world.

Cricket is a sport that is close to the hearts of our people and has a huge fan following across the world. It also promotes the spirit of teamwork and drive to excel individually and collectively.

It took HBLPSL a few years to become a reality. For the young aspiring cricketers HBLPSL was a breath of fresh air. It was their window of opportunity to get access to the international cricket circuit.

For HBL this was a natural brand fit, as enabling dreams and creating opportunities is at the core of our brand ethos. There are very few partnerships that give you access to reach out to the masses and connect with them at such an emotive level.

SCORELINE: Has the purpose been achieved and has HBL gained from this strategic partnership?

SAGHEER MUFTI: The HBLPSL journey that started in 2016 has been about the following three things:

1. Re-igniting the passion for cricket and enabling the dreams of young cricketers,

2. Bringing international cricket back to Pakistan,

3. Building a positive image for the country.

We are proud of what the tournament has achieved over the last 6 years.

Pakistan is a cricket loving nation and it is the only sport that cuts across all strata of society.

HBLPSL has been the key enabler for bringing international cricket back to the country. In 2016, when the HBLPSL journey started all the matches were played in Dubai, however over the years, slowly and gradually we saw more and more matches shifting to Pakistan. Eventually in 2020, HBLPSL season 5 was when all 34 matches being played in Pakistan. 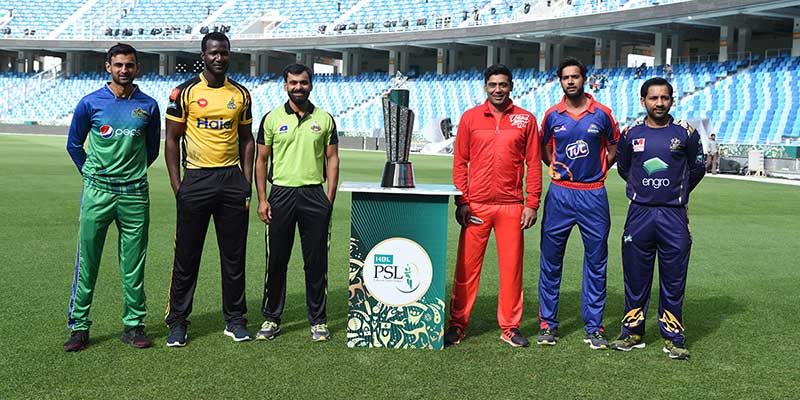 International cricketing stars flew in from all parts of the world to play in the tournament. This not only played its role in building a positive image for Pakistan, and these cricketers went back as strong brand ambassadors for the country. The tournament is a true reflection of the fact that Pakistan is a country of fun loving, hospitable people.

SCORELINE: What value addition has been inducted from the corporate perspective within the Pakistan Super League by HBL?

SAGHEER MUFTI: Cricket as a sport is an entrenched part of our culture. HBLPSL is a platform that enables us to drive relevance for the brand in the country. The largest bank in Pakistan supporting the most popular sport in the country is a natural fit. Our clients and cricket fans across the world appreciate the Bank’s role in supporting the game.

Sports sponsorship is unique because it taps into both the emotional and functional aspects of a brand. HBLPSL is a platform that brings people together with passion and energy. Cricket is a game of high emotions.

HBLPSL is very effective in promoting cricket at the grassroots level in Pakistan. It gives our young talent the opportunity to play with local and international players and develop their cricketing skills. The interaction also benefits in building their confidence.

HBLPSL not only has a positive impact on the players, but it has long term potential to increase sports tourism in the country, which will boost the economy and improve the soft image of the country around the world.

SCORELINE: Does HBL feel that desired objectives have been achieved and if so, what has been the experience for management?

SAGHEER MUFTI: We believe HBLPSL has matured over the last six seasons. Season 1 started with 5 teams which have now expanded to 6 teams. HBL PSL season 5 and 6 were played under very challenging conditions with COVID -19 disrupting the tournament both years.

On behalf of HBL, I would like to recognize the efforts of the Pakistan Cricket Board (PCB) on how they adapted to the changing environment and ensured that the tournament was completed against all odds. The teams and players have done a wonderful job and deserve appreciation. 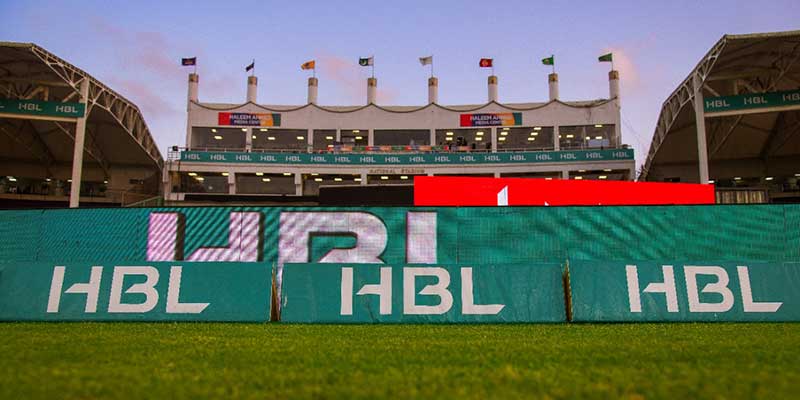 HBLPSL has been a powerhouse for nurturing talent. Not only does the league develop and nurture talent, but it also propels that talent into the spotlight. Every year, HBLPSL has given at least two or three players eager to be selected for the national side. These include Shadab Khan, Sharjeel Khan, Fakhar Zaman and Hasan Ali amongst others. Slowly but surely, HBLPSL is changing the culture of cricket in Pakistan. HBL is proud to be partnering with PCB in this journey.

SCORELINE: Is Cricket of strategic long-term interest to HBL, and if so, how is the interest perceived?

SAGHEER MUFTI: Cricket was and will continue to be a long-term interest for HBL. We have in the past also had an in-house departmental team which developed and produced some of the best talent for the Pakistan Cricket team, including Javed Miandad. Since the inception of HBLPSL we have focused our efforts to promoting and leveraging this tournament. This is the biggest tournament in the country and requires a substantial commitment and focus from our side.

HBLPSL is a classic example of a good public- private partnership. Every sport needs such sponsorships to develop the sport in the country. Over the years many other brands have predominantly owned the cricketing space, and the Bank played its role in taking the mantle forward. 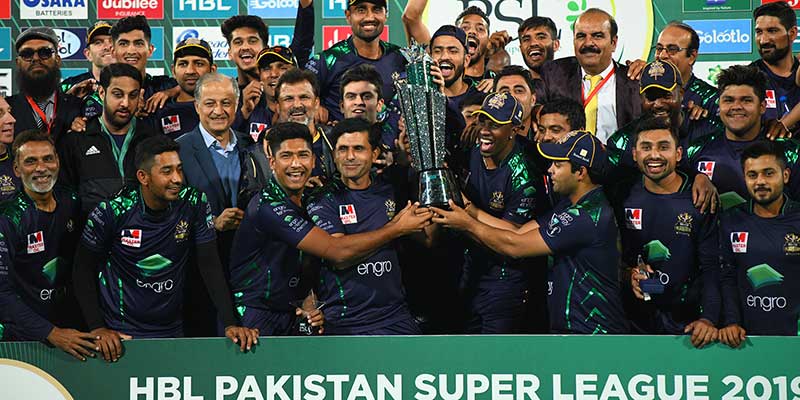 HBLPSL has played a major role in building a positive soft image for the country. Cricket is a sport that has universal appeal and following.

SCORELINE: HBL continued the strategic alliance after the first three years, are there continuity plans for the future?

SAGHEER MUFTI: With the ending of the HBLPSL season 6, the Bank’s association with the tournament is also spread over 6 years. HBLPSL has helped us to further engage with our clients and staff and with cricket fans the world over. We look forward to building on the success of this relationship in one form or the other.

SCORELINE: Is Pakistan now more conducive for international sports, and how do you see the future years ahead accordingly for this purpose?

SAGHEER MUFTI: Pakistan has immense talent for all sports, be it cricket, football, hockey, boxing etc. We are an active sporting nation, and it would not be incorrect to say that the environment is conducive for international sports. With the return of active sports on the homeland we feel that growth and excellence can both be achieved and sustained.

The need of the hour now is that more and more companies and institutions come forward and take ownership of sports. This is not only related to financial involvement, but also the promotion of the sport in the international arena. Public- Private Partnership is the key to success to develop sports talent for the international market.

SCORELNE: Pakistan Cricket has had several hiccups over the last many years, is Pakistan Super League and its continuity adding future value to the overall sport from Pakistan?

SAGHEER MUFTI: HBLPSL was a breath of fresh air for the cricket circuit in the country. However, all big events go through ups and downs during their lifecycle. HBLPSL also experienced unprecedented disruptions due to COVD-19. Despite this, it is when you overcome these challenges and “cross the finish line” to deliver the tournament, that you understand what truly matters.

HBLPSL is contributing directly to providing a healthy talent pipeline for the Pakistan Cricket team. The completion of successive tournaments is giving a very positive message to the international fraternity that Pakistan is open for tourism.

HBL PSL 6 saw some records being made, including the highest overall run-rate of 8.67, the highest for any season of the tournament. HBLPSL 6 figure of 8.67 is also the third highest for any T20 competition in the last one year with only the Lanka Premier League (8.67) and the National T20 (8.93) – another Pakistan competition – ahead of it.

Sports events like HBLPSL are an enabler for the economic and cultural progress of the nation.

SCORELINE: What did you miss the most in HBLPSL 6?

SAGHEER MUFTI: Clearly the one thing that we missed the most were the fans on the ground. Their absence has been felt by all of us.

But to us at HBL, a stadium is where the fans are, whether in the stands or in their homes, HBL truly believes that Jahan Fans… wahan stadium.

We hope that in the coming year the tournament will be played with a stadium full of fans.

SCORELINE: Your personal interest in Cricket and any favourite stars.

SAGHEER MUFTI: I am a strong fan of all the players of HBLPSL . To me teamwork is crucial rather than one star.

Oh Jaddu, What a Miss!