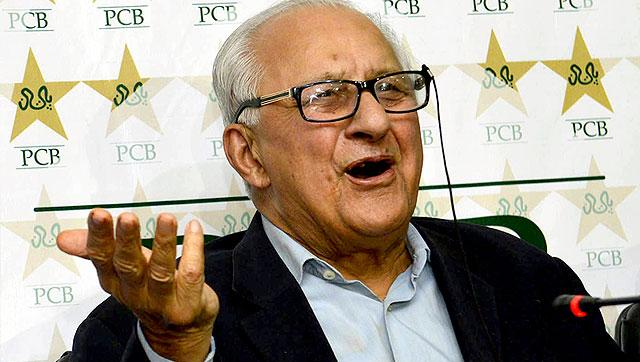 Returning to the Pakistan Cricket Team’s performance some analysts and experts are painting a pessimistic picture of Pakistan’s performance when they visit down under after the West Indies tour ends.  Why do they not take into consideration that we are now Number 2 ranked team in Tests. New Zealand have recently been soundly thrashed by India; and the Australians thoroughly whipped by Sri Lanka. So why take a defeatist attitude? New Zealand are looking for batting talent – Anderson is not succeeding, Taylor is aging, Guptill is rusty. Their bowling lacks sting with both Southee and Boult on the wane and since the departure from the scene of Vettori they do not have a front line spinner. Sodhi and Jeethan Patel are their main spinners.

The Australians have their own problems. The coach is coming under fire. Khawaja and Burns problem needs resolution. Smith’s captaincy is being questioned; and they also have fitness cases. Lehman is a worried man. So Pakistan should gear up to continue in the Antipodes once they leave off in the Arabian deserts. The Pakistan Test squad select themselves; no need to mess around although the selectors and the PCB management to show their “efficiency” and “utility” will do that. PCB must now start looking for successors for Misbah ul Haq, Younis Khan, Mohammad Hafeez, Shahid Afridi, Saeed Ajmal, and start grooming them.

The precedent of “negotiating” a final match with a player as the PCB did with Inzamam for, we are informed, a consideration of Rs.10 million (one crore) is a bad idea. The player himself/herself should decide and announce publicly that he/she will retire after a certain match. Shahryar’s “skills” at diplomacy completely fell apart when he “negotiated” (Pathan to Pathan) with Afridi that the latter will retire after captaining Pakistan in the ICC World Twenty/20. Shahryar kept his word and announced Afridi as captain months before the event. Unfortunately Shahid renegades citing pressure from elders, family, friends, fans; and Shahryar was left with egg on his face.

This situation some time down the road also led to a most unpleasant and unnecessary situation between Shahid Afridi and Javed Miandad. To cut a long story short it felt that the entire episode was stage managed. During a book launch ceremony Afridi, in reply to a question had remarked that Miandad of hankered (unlike Imran Khan – why bring the PTI Chairman into this?) after money. Miandad’s retort was prompt and hard hitting and he “accused” Afridi of match fixing.

The media had a few field days. The Qayyum Report was once again resurrected and discussions went on and on. Some mutual friends stepped in; Miandad “forgave” Afridi for his remarks; and when Afridi threatened legal action (and he is well with his rights to do so) Miandad apologized for calling him a match fixer – hugs and sweet meats were exchanged and that was the end of the day’s play. But one question is still bothering the fans and friends. Match fixing is a very serious matter. Will we ever know why Miandad made those remarks and where did he get that idea from? And is it good enough for him to say I said it in anger and retaliation. The mind boggles…… (If I have got anything in this episode wrong I deeply and sincerely apologize—as Shakespeare said “If we shadows have offended; think on this and all is mended…”.)

By the way the Qayyum Report and its aftermath are interesting reading and many big names appear in it. As is wrongly assumed by some analysts Qayyum Report does not CLEAR certain players and his recommendations and his statements to the media afterwards are worthy of study and food for thought. However, it is not the intention of this piece to discuss the Report in detail, and paucity of space does not allow me to do that but may be some time later I will throw light on it.

On the domestic front we had the Pakistan National Twenty/20 Tournament spread over three weeks (including breaks for a threatened political “jalsa”; and the Eid ul Adha Holidays – someone should present the PCB with a calendar for the Gregorian and the Hijra dates). It was held in Rawalpindi and Multan. Kudos to Shafiq Ahmed the Domestic Cricket Head who once again worked tirelessly and single handedly. Very few other functionaries of PCB were present or in evidence.

Once again the tournament lacked marketing and media efforts. In Multan we noticed a single small cloth banner near the Stadium!! The conditions and facilities in the stadia of Pakistan continue to deteriorate and are pathetic – the time is not far when domestic cricket will also be shifted to UAE. Even a cursory visit to any one of Pakistan’s stadia except Lahore as PCB big wigs are based there will prove my point.

The showpiece of the season (and that is why I have left it for the conclusion) was the 1st International PACES competition hosted by the Pakistan Army and organized by 4 Corps in Lahore. There were army teams from 16 countries including the hosts who participated. I had the privilege and honour of being invited to broadcast for the first cricket match between 4 Corps and Australian Army Cricket Team. It was meticulously, methodically and precisely organized.

The Corps Commander Lt. Gen Sadiq personally oversaw the arrangements made under Brigadier Imran Naqvi. The details and other logistics were word perfect carried out by Captain Zubair and his men. Cricketing celebrities like Intikhab Alam, Salim Altaf, Majid Khan, Aamir Sohail and a couple of prominent members of the Pakistan Women’s Team graced the occasion.

The Master of Ceremonies was the ebullient, eloquent and popular Fakhr-e-Alam who really livened up the event. 4 Corps narrowly won the match thoroughly enjoyed by all including the Australian Deputy High Commissioner and the Defence Attaché. The occasion underlined the fact that if the PCB get together with the Army and follow their instructions and plans there is no reason why international cricket should not return to the shores of Pakistan sooner than later. Pakistan Armed Forces Zindabad. Pakistan Paindabad.