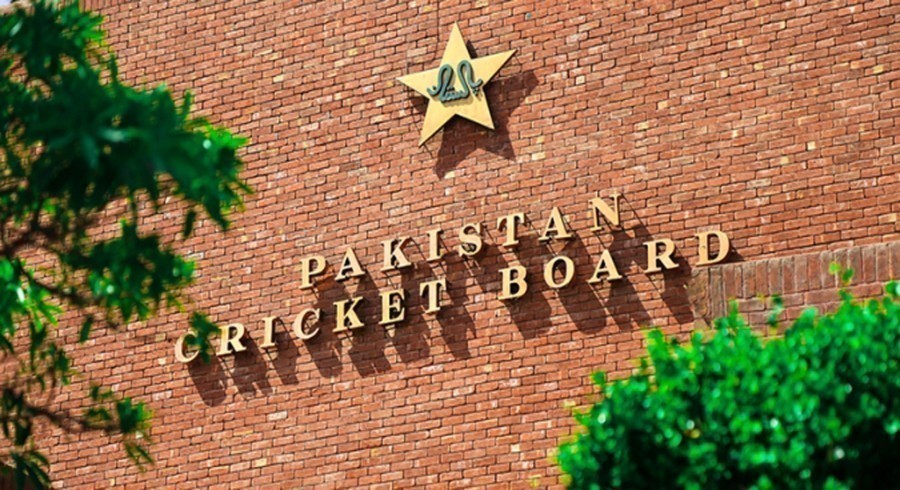 On August 5th, we in Pakistan shall be showing solidarity with the people of Kashmir, condemning the Indian atrocities there, the illegitimacy behind occupation and damning innocent killings. We shall listen to anti India sloganeering.

One wishes the slogans reaching out to the Prime Minister Islamic Republic of Pakistan’s office, spilling over to Federal Ministry of Information & Broadcasting enroute to PEMRA.

The same day, as evident from the news reports Pakistan Television Corporation Limited will be blacked out and wholly an Indian channel Ten sports shall be telecasting the first Test between England and Pakistan from Old Trafford in Manchester.

Ten sports is owned by Sony Pictures Network India (SPNI), as reported state owned channel will be without the rights to show Pakistan versus England series, country’s commercial revenue shall be drained and taken to India. Impregnable it seems.

Ten sports owned by Sony Pictures Network India has been operating within Pakistan’s territory under proxies. Not only that it has been functioning within Pakistan territory against the order of Government of Pakistan where no business or transactions are allowed with an Indian country but currently its operations are illegal.

Ten sports’ licenses to operate within the territory of Pakistan had expired in 2018 and they still await its renewal. Procedurally, as learnt, PEMRA hasn’t renewed Ten sports (SPNI’s) license since it is waiting for the security clearance to be provided by the Federal Ministry of Interior.

It makes the case interesting not only a purely India owned channel allowed by PEMRA to function and make business transactions within Pakistan but also without having their license renewed. It seems to be an act of hypocrisy or an abject incompetence. This is not the first time.

Either PEMRA have been misled or they are party to allow illegal operations of an Indian channel in Pakistan. Zee Entertainment Enterprises Limited (purely Indian) had acquired Ten sports with Tower Two a proxy company established at Karachi. It was a meek attempt to provide legitimacy to Ten sports which according to the governing laws of Pakistan couldn’t operate in Pakistan.

Mr. Zahid Noorani who once was the owner of TAJ Entertainment Network (Tensports) is also the man behind Tower Two (a company now favourite of Ehsan Mani led Pakistan Cricket Board).

Unfortunately, at the cost of hurting indigenously Pakistani channels PTV and Geo Super, PEMRA did all to help an Indian owned channel. Ten sports (ZEEL) applied for the renewal of their landing rights license for Pakistan on January 1st, 2009. Their security clearance took almost two and a half years and was renewed on October 31st, 2011 backdated from January 1st, 2009. Backdated security clearance probably could only happen in Pakistan.

It is no secret Taj Entertainment began its operations in 2001 and was owned by Abdul Rehman Bakhtair the CBFS famed and equally controversial entrepreneur. Ethically there were a few breaches reported in the press with what CBFS had been up to eventually India refusing to play at Sharjah. There were rumours about matches being fixed.

Taj Entertainment Network (Ten Sports) had their office in the Media City in Dubai and the channel was uplinked from Mauritius. Nothing was wrong until then. Ten sports began its functions on April 1st, 2002. It also obtained landing rights for the Pakistan territory.

In 2005, Zee Entertainment Enterprises Limited India started their 24/7 sports channel and in November 2006 they acquired Ten sports. Zee sports had its nomenclature changed to Ten Action in 2010 while Ten sports continued being aired in Pakistan.

Mr. Zahid Noorani knowing Indian ownership of the channel could be challenged and deemed illegal therefore Tower Sports Private Limited, a Karachi based company also having Zahid Noorani on board got landing rights from PEMRA in January 2001 (for the distribution of foreign satellite TV channel Ten sports in Pakistan).

Tower Sports Private Limited Karachi applied for another renewal of the landing rights license in October 2013. Surprisingly, with Mr. Zahid Noorani having an ingress in the Federal Ministry of Information and Broadcasting managed to obtain a No Objection Certificate on January 22nd, 2014.

Ten sports was owned by an Indian Zee Entertainment Enterprises Limited and was still benefited as PEMRA renewed the license. Tower Two was its proxy and a shield to back-ended Indian ownership. Either PEMRA and Ministry of Information and Broadcasting (MOIB) were naïve or they were hand in glove with Mr. Zahid Noorani?

ZEE’s Chief Executive Officer Subash Chandra in 2016 informed media that his company was selling the sports channels to Sony Pictures Networks India. Finally, the agreement was signed in September 2016.

On July 18th, 2017, the channels were renamed under Sony Pictures Network India’s umbrella. It is on record Zee had announced that the Board of Directors of the Company at one of their meetings on August 31st, 2016 had approved selling of the sports broadcasting business owned by Taj TV Limited Mauritius and Taj Television India Private Limited to Sony Pictures Networks India Private Limited and its affiliates for an all cash USD 385 Million.

PEMRA is seemingly innocent so is the Federal Ministry of Information and Broadcasting that they persisted giving No Objection Certificates and renewed landing rights license of Ten sports for Pakistan’s territory despite Sony Pictures Networks India giving an official press release on August 31st, 2016 announcing that SPNI and its affiliates had entered into definitive agreements to acquire Ten Sports Network from Zee Entertainment Enterprises Limited and its subsidiaries for USD 385 Million. The press release read ‘Completion of the acquisition is subject to regulatory approval. The acquisition will add South Asia’s leading sports network to SPN’s existing portfolio of channels.

On September 18th, 2017, there was a news item printed according to which Zee had completed the sale proceedings of Ten Sports Networks to Sony Pictures Network India for INR 232 crores. ‘Even as most of the handover procedures were in place, the final closures were delayed due to the Ten Sports, Pakistan, License transfer to SPNI. Pakistan Electronic Media Regulatory Authority was taking time to transfer the license to SPNI.

Now, this bottleneck is cleared the rest were mere formalities’, said a senior source in ZEEL, associated with the transfer proceedings. ‘SPNI can now shift the entire Ten Sports operations as well as the official address to Mumbai.’

In August last year, ZEEL had announced it would sell its sports channel Ten Sports to Sony Pictures Networks for USD$ 385 Million in an all cash deal. ZEEL had in February completed the first phase of the sale for USD 330 Million. ‘The adjustment of the consideration amount inter alia is mainly consequent to retention of a leasehold immovable property at Dubai by Taj TV Ltd, Mauritius and certain working capital adjustments of the sports business as per the agreement’, Press Trust of India had quoted ZEEL.

ZEEL had bought Ten Sports from Dubai based Abdul Rahman Bukhtair’s Taj Group in 2006. Press releases for SPNI and ZEEL were clearly elaborating the delay in completion of acquisition because of PEMRA in Pakistan completing formalities and still Ten sports was allowed to operate in the Pakistan territory.

Mr. Zahid Noorani, a well connected man in Pakistan and loved by Pakistan Cricket Board’s current management had not only taken concessions from the PCB running into millions of dollars but has also managed tricking PEMRA.

To avoid complications and to keep running an Indian channel in Pakistan, he by design under the banner of Tower Sports Private Limited through a letter dated December 8th, 2016 informed that its principal company Taj TV Limited Mauritius had entered into a binding agreement with M/S MSM Asia Limited UK to sell the ownership of Ten Sports channel. Interestingly, it was only a cover-up to avoid denouncement for its operations in Pakistan. MSM Asia UK is an affiliate of Sony Corporation Japan and Sony Pictures Network India so is SPNI itself.

PEMRA documents reveal Tower Sports (Pvt) Limited applied for the renewal of landing rights permission for the channel Ten Sports on June 29th, 2018 as their permission was expiring on December 31st, 2018.

How can Ten sports without renewal of its license operate in Pakistan. They shouldn’t be allowed to broadcast the England versus Pakistan 2020 series.

One wonders, PEMRA shall give some credence to Order No. S.R.O 977 (I)/2019 dated September 2nd, 2019 in exercise of the powers conferred by sub-section (1) of Section 3 of the Imports and Exports (Control) Act, 1950 (XXXIX of 1950), the Federal Government has imposed an embargo on making deals with Indian companies or remitting amounts in Indian accounts with exception of therapeutic products.

Reality is Ten sports functioning in Pakistan is illegal on two counts (a.) they don’t have the license still in the process of renewal and security clearance and (b.) they are owned by Sony Pictures Network India.

Pakistan Cricket Board is deeply impressed with Mr. Zahid Noorani and has been working with Sony Pictures Network India. The PSL V Production rights were also acquired by Tower Sports of Mr. Zahid Noorani. Concessions of up to USD 4.95 Million at the cost of PCB’s exchequer were given to SPNI. The entire Indian production crew in Pakistan was allowed covering PSL V, the quality of which has already been challenged by PSL rights owners Blitz Advertisers.

PCB has been supporting SPNI because of their Chairman Ehsan Mani and Chief Operating Officer Salman Naseer’s friendship with Mr. Noorani.

Such has been Mr. Noorani’s infiltration deep into PCB that one of his hosts on Ten sports Mr. Zohaib Ahmad was brought to the PCB as their Broadcasting Advisor. He is the one drafting RFP’s for all media rights. One wonders now PCB talking about conflict of interest shall do something about Ten sports (SPNI’s) very own Mr. Zohaib being asked to leave. It is a million dollar question? 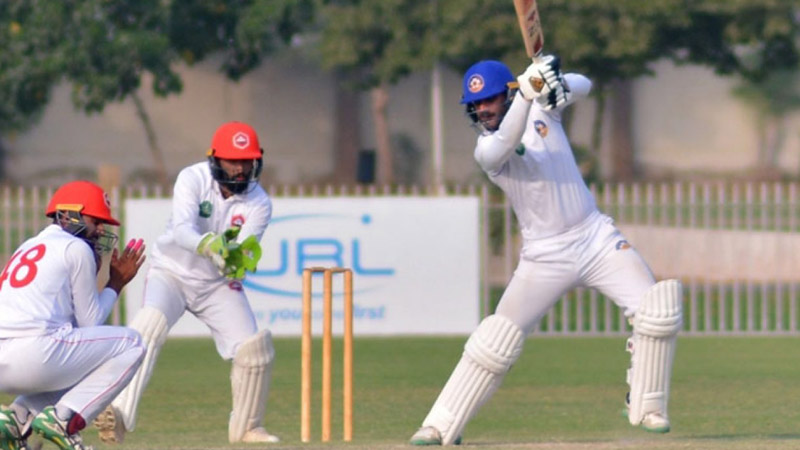 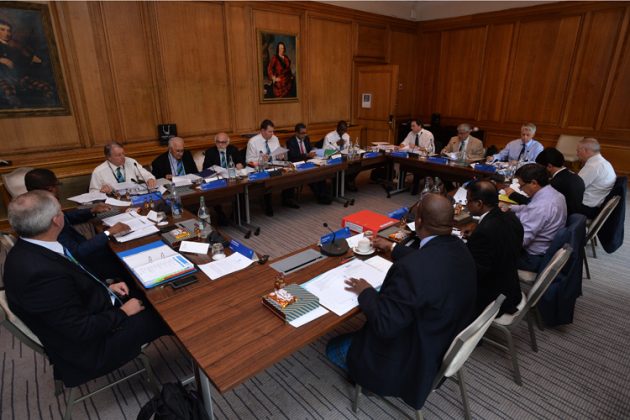 Special fund ICC to review PCB’s request in next meeting 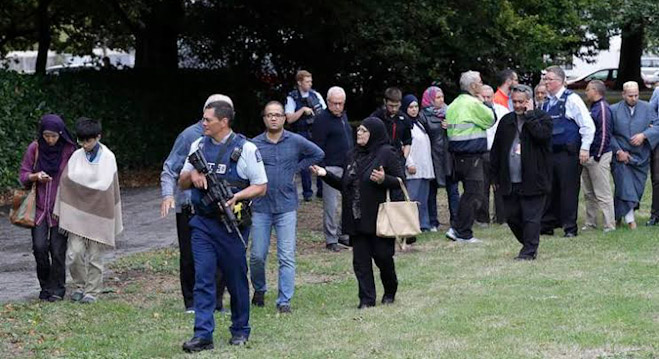 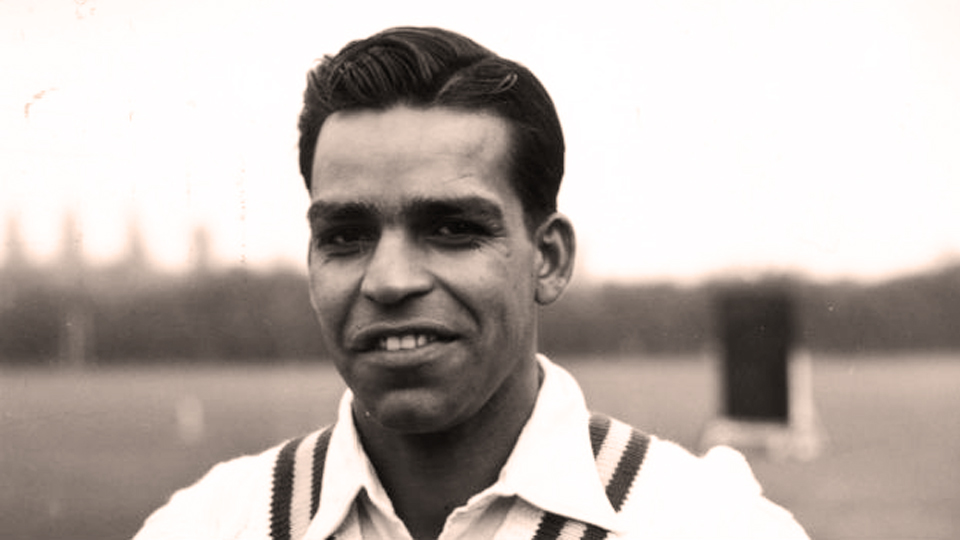