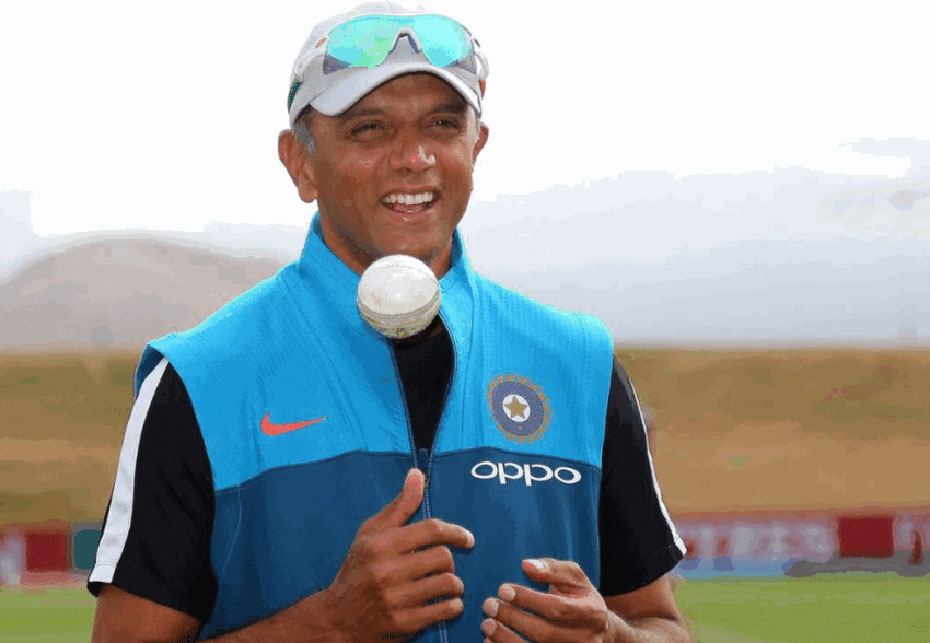 Peshawar 2006. Sachin Tendulkar’s 108 had helped India set a target of 329. Salman Butt’s 101 had propelled the chase. In the 44th over Inzamam-ul-Haq pulled the first ball from Sreesanth to the fence to bring the ask to less than a run-a-ball. Pakistan needed 40 from 41 now.

And then there was drama.

Sreesanth’s next ball was punched to mid-off and Inzamam took a couple of steps down the wicket. The agile Suresh Raina fielded quickly and sent in the return. The ball zoomed in at the batsman as he took a step back. Not too far outside the crease, he would have in all probability got back safely – even accounting for the fact that he was Inzamam. But with the ball making for his midriff the Pakistan captain used his bat as a defensive shield. He stopped Raina’s throw with a near-perfect defensive block. 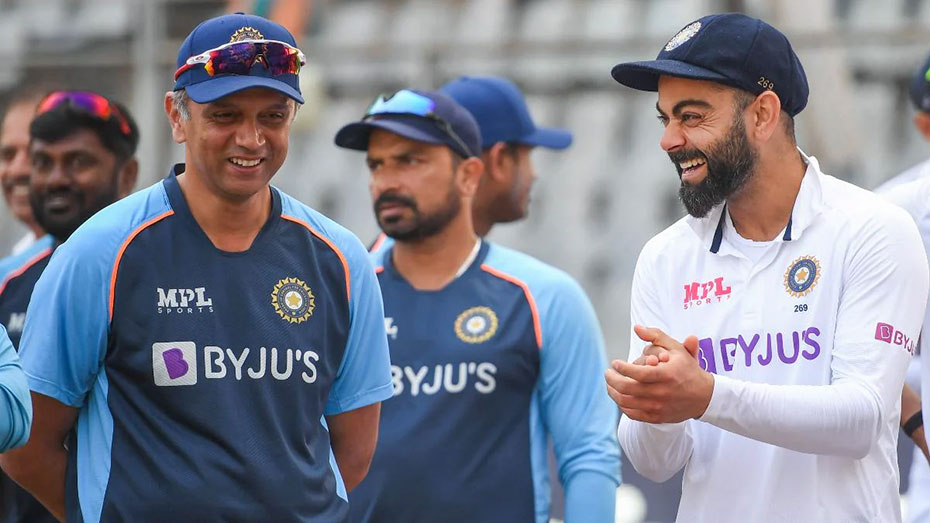 The Indians did not like it. There was an appeal. The umpires Simon Taufel and Asad Rauf conferred. The former raised his finger. ‘Out, obstructing the field.’

A bemused Inzamam walked back, having discovered yet another way to be dismissed by a throw while doing something or the other down the pitch. On air Michael Holding said, “According to the law he is out, he shouldn’t have done that. But I know a lot of laws of the game people don’t appeal for. I’m not too sure that it was in the spirit of the game.”

After Pakistan had won the exciting match by the Duckworth-Lewis Rule, Inzamam continued to remain unintentionally comical, voicing that he did not quite understand the rule. However, he wrote (or told his ghost-writer) in The News: “I would say that the appeal from the Indian fielders was against the spirit of cricket.”

In his column for PTI, former Pakistan captain Moin Khan was more scathing in denouncing the Indian captain’s decision to back the appeal as ‘deplorable’. He added that India seemed to be eager to win by hook or by crook.

Well, spirit of the game is a very fuzzy concept and it is often given any required shape to support the argument one wants to make. It is also not unnatural for a team to ensure the fall of a very big wicket even if the method used is somewhat less than kosher.

What, however, makes the event curious in retrospect is that the Indian captain who appealed with his team, who backed the appeal on the field and later read out a statement saying that he did not believe the team had done anything unsportsmanlike, was none other than Rahul Dravid.

Let me be very clear. What makes it curious for me is not that Dravid appealed or defended the appeal. It is not uncommon for any cricketer to do so.

What makes it curious is that the incident has sunk without a trace of connection with his squeaky-clean name as far as public memory is concerned. Dravid remains striding the cricket world as the paragon of virtue, the gentleman cricketer. He comes off without blemish, someone who always played the game as it should be played.

There have been such icons from time to time. Gundappa Viswanath, another Indian captain with a similar repute, is an interesting case study to look at.

To a great extent Viswanath earned that halo around his head with actual acts of honour, calling back Bob Taylor after the umpire had given him out at a crucial juncture at the Wankhede Stadium in 1980. That cost India the Test but embossed a permanent mark of the gentleman cricketer on the older maestro from Karnataka.

For Dravid, however, it was different. The halo was already fitted into his persona during the early days of his career, with a self-cleansing brand essence that washed away every trace of sin from the glossy surface.

The appeal against Inzamam was not the only occasion he trespassed the spirit-line to go into the murkier zone of the game. At Brisbane in 2004, during an ODI against Zimbabwe, he was caught by the TV cameras rubbing a cough lozenge on the shiny side of the white ball. He was charged under clause 2.10 of the ICC Code of Conduct and docked 50% of his match fees.

To the cricket world, strangely, Steve Smith remains a cheat even though he did not personally tamper the ball. Dravid, who was fined because he actually did so, continues to be the exemplary gentleman.

A few years later, Dravid was again the captain, this time of Rajasthan Royals, when three members of his side were arrested for spot-fixing. The image of Dravid was so strong that not only were no fingers raised in his direction, he was generally projected as an innocent victim trapped under the murky underbelly of modern cricket.

Dravid and his ‘gentleman’ illusion has been sold so splendidly that it is difficult to blur it with mere facts.

The aura was created in the late 90s, when brands were looking for new faces in cricket to feed the rapid advertisement-hungry growth of satellite television. A most ridiculous Pepsi commercial was shot during this time. 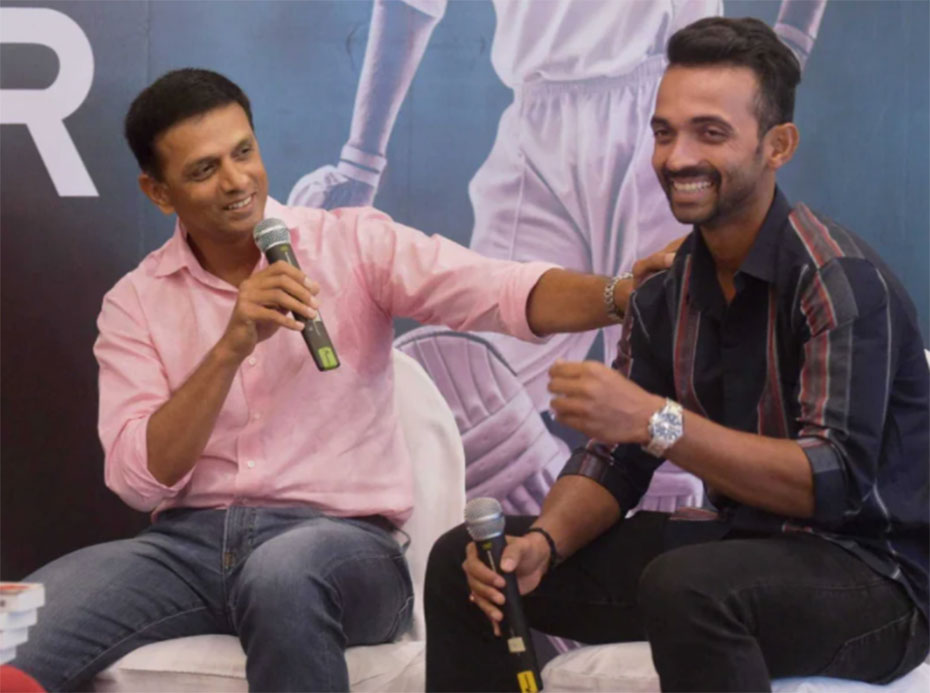 It showed a boyish Dravid batting in street clothes, diligently employing his straight bat, while two young ladies attempted to distract him. From skimpily clad women parading around, to fancy hairstyles and funky earrings projected on his face, the two ladies tried every known tactic which translated to a ‘vice’ in the dictionary of  Indian middle-class morality. But Dravid remained immune. He kept batting. His only break was to sip Pepsi. “Got to keep a cool head, right?”

With this ridiculous ad, the Gentleman brand was there to stay. From then on Dravid became monk-like, squeaky-clean, committed, without gimmicks and flourish … at least in the way people saw him. Different from rest of the flashier stars.

If we think logically it seems that the ad was a shoot, scripted by ad-men, for Pepsi. A young cricketer, lured by the associated pay-package, agreed to play along with the rather inane script.

Nothing wrong with that, cricketers need to earn as much as they can during the small window of their international careers. Especially when they are not too sure what the future holds for them and try to make the most of their present high.

But, somehow in the Indian consciousness, this became much more than an ad campaign. Knowingly or unknowingly, while endorsing a soft drink, Dravid built his own magical brand—that of the Gentleman.

From then on through his career he would get away with ball-tampering, borderline-unsportsmanlike appealing, killing the 2007 Oval Test match with a 96-ball 12 against the team’s cause … and all the while he would remain an unquestioned gentleman, dedicated team man.

Even today, his stint as coach of the Indian team with a contract worth something like a humongous Rs 10 crore per annum is often taken as the unquestionable proof of his dedication to the cause of cricket and to the cause of the Indian cricket team. It is almost customary for the press to ridiculously parrot the question “What role did Rahul Dravid play in your rise to the national side?” whenever a new cricketer emerges on the scene.

He remains the simple gentleman and his paycheck is far too fat to fit into the frame in which his image is ensconced. It is most often airbrushed beyond the peripheries of perception.

This is not to say that Dravid is not a gentleman. He may very well be one. One doubts very much whether he is a paragon of virtue as projected – it is indeed extremely difficult for any individual to be so.  Only, the common fan has no idea whether the persona promoted by his brand image is anything approximating the real man. It does not matter. The aura is impregnable. Much like the Wall that became his sobriquet.

That brings us to the second magic of branding. The Wall. That was pure genius.

In the late 1990s, with the Indian line-up was full of exciting stroke-players, Dravid’s batting had the least popular appeal. Masses are not moved by stodgy defensive technique.

However, Reebok took this lack of excitement of Dravid’s batsmanship and converted it into a hugely marketable construct. The general consensus even today is that Dravid the batsman was impregnable, immovable, The Wall.

Dravid was a very, very good batsman. Indeed, in England and New Zealand he was quite unmatched. He played the moving ball as well as anyone in the world. And when the bowling was less than great he could be a very difficult man to dismiss. The very tour we started the article with saw him score a couple of centuries in Pakistan. The previous tour to the country saw him hit 270 in the deciding Test match.

However, over five tours to South Africa he averaged 29.71. While he scored mountains of runs in the 2003-04 tour to Australia, that attack missed McGrath and Warne; and during his only hundred Down Under at Adelaide which became a famous double, even Brett Lee was absent.

His overall record against the two best bowling attacks of his day (33.83 vs South Africa, 38.67 vs Australia) reads ordinary. He also failed in Sri Lanka (avg 33.10) where Murali, and occasionally Mendis, spit venom on turning tracks.

And for all his subsequent success against a weaker Pakistan side, he did not get too many runs in the 1990s when Wasim Akram came charging in with Waqar Younis or a young Shoaib Akhtar, with Saqlain Mushtaq at his peak. (One fifty in six innings and an average of 27 against Pakistan in the 1990s).

Others did fare better when the conditions were as demanding as in the above paragraph.

He was not really an all-weather batsman, not really the ‘Wall’ unless the conditions were to his liking. Also, for someone with unbreachable defence, a high 22% of his dismissals were bowled.

It does not take away the fact that he was a very good cricketer and an excellent servant of Indian cricket. He did have some chinks in his career if we look at it under an unsentimental microscope as we have done above, but then almost all cricketers but the very best do have such chinks. And he is an astute coach, who will probably leave his mark on India’s cricketing fortunes.

However, to do justice to his career and truly appreciate his worth, one needs to disentangle the cricketer from the brand aura that surrounds him. And as far as brand images are concerned, Rahul Dravid is perhaps the most interesting career to study in cricket.

Arunabha Sengupta is the author of Apartheid: A Point to Cover, Sachin and Azhar at Cape Town and Elephant in the Stadium