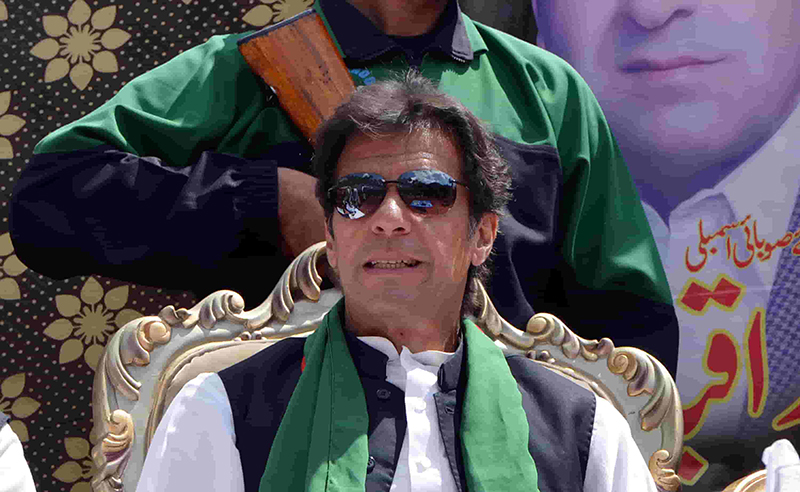 From an Atchison student to Oxford to country cricket and then graduating to Pakistan team at Edgbaston in 1971 both his phases were full of struggle.

But he challenged himself in equal terms and at both the platforms. He struggled with his action and once an umpire called, “right arm round the wicket, anywhere,” to suggest his wavering line.

Imran’s best came as captain. He became one by default, but he was destined to lead. From the outset he showed signs of “leader of men.” He led by example and the proverbial “from the front” was his strongest point.

He was rejected by some team-mates and mocked at his “born with a golden spoon,” life style.

Famously, Imran refused to bring water for a senior player on his first tour. But Imran Khan challenged himself. He made himself acceptable and adorable.

When he decided to build a cancer hospital in memory of his mother, he was written off. But he fulfilled his dream and built a state-of-the-art facility where 75 percent of the patients are treated free of charge.

That same fate he suffered in politics once he entered the field in 1996, forming his own party Therik-i-Insaf (Movement for Justice). He confessed to blunders, siding with General Musharaf’s referendum in 2002 and boycotting the elections in 2008.

Here too he was written off as a “irascible and mindless” politician. Imran put him to challenge and wadded through his way to become one of the three main parties by 2013.

By the early 1980s, with an inspiring role in the victory over Australia in 1976, Imran had distinguished himself as a world class all-rounder. He was a fiery bowler who could dismantle the best of batting and then learn to bat with efficacy.

Imran received accolades not only in English county with Sussex and Worcestershire but also in New South Wales besides being prominent at the international level. He was one of world’s four best all-rounders alongside Sir Richard Hadlee (New Zealand), Ian Botham (England) and Kapil Dev (India).

But there can be now two opinions in admitting that he had the persona that none of the other three had! Imran became the finest cricketer the country has produced. He was a heart-throb so popular with females. If we say that he was the attraction, girls came to watch cricket it would not be an exaggeration.

Imran’s best came as captain. He became one by default, but he was destined to lead. From the outset he showed signs of “leader of men.” He led by example and the proverbial “from the front” was his strongest point.

He believed in his team and garnered the talents of many a fast bowler. Under his wing Wasim Akram and Waqar Younis became world class bowlers and Aqib Javed an effective medium pacer. His captaincy tenure rounded off well in Pakistan’s stupendous but miraculous World Cup win in 1992. 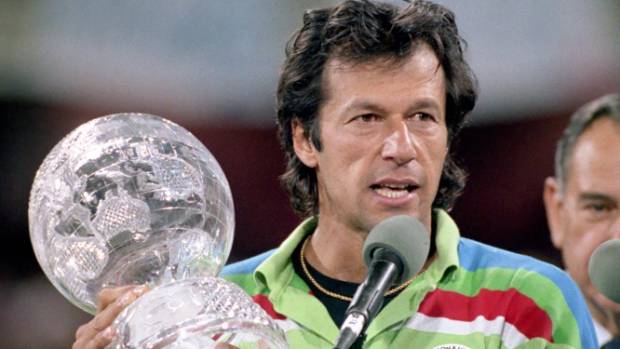 Pakistan was on the verge of elimination but Imran had a steely resolve and unwavering belief in his players. He introduced the theme of “fight like cornered tigers” in his players which infused a new life. Pakistan won their last three league games, semi-final and outfoxed England to win the World Cup.

Besides building the cancer hospital, Imran became vocal in criticizing the government. He wanted a change, for the betterment and with that slogan fought hard. He was accused of being supported by the Jews, by the establishment, by the west. But he fought on.

Former team-mate and Imran’s first World Cup captain Asif Iqbal is elated at his elevation to the highest office. “I am absolutely delighted,” said Asif, who scored a fighting hundred in that Sydney Test to set platform for Imran to run through the Australian batting – six in each innings.

“I hope and pray that whet he achieved in cricket he transform that as PM and make our country a loveable place.”

That’s everyone who supported Imran will be praying for.

Salutes to Pakistan The Victors of Lord’s