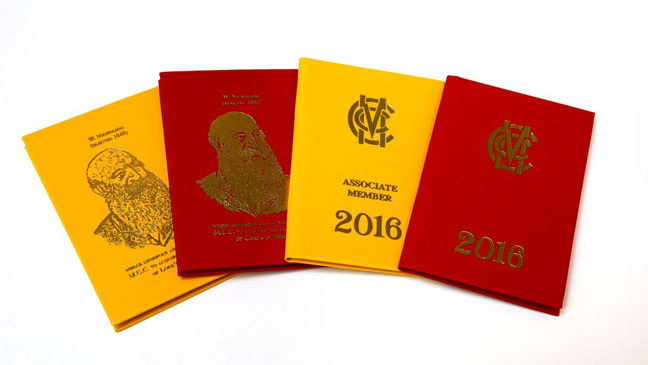 Cricket, especially in its longer forms, has always been a game requiring patience. And sometimes this applies to spectators as well as to players of the game. But there can be few aspects of the game requiring a greater degree of patience than taking your place on the waiting list for Membership of Marylebone Cricket Club, owner of Lord’s Cricket Ground and author of the game’s Laws.

For a start, no aspiring Member can take their place on the waiting list until he or she has reached the age of sixteen. They must be proposed, seconded and sponsored by Full Members of MCC and the application also needs to be endorsed by a current member of either the MCC Committee, one of its sub-committees, or one of the current Area Representatives who help the Club organise its out-match playing programme.

Becoming a Member of MCC has never been easy and, realistically, it never could be. Full Membership is limited to 18,000, but even at that high level if every Full Member were to turn up at Lord’s on day one of a Test match (as is their right), they would account for more than half the capacity of Lord’s. There would be precious little seating left for the paying public

Once those hurdles have been cleared, the fresh-faced new candidate will currently have 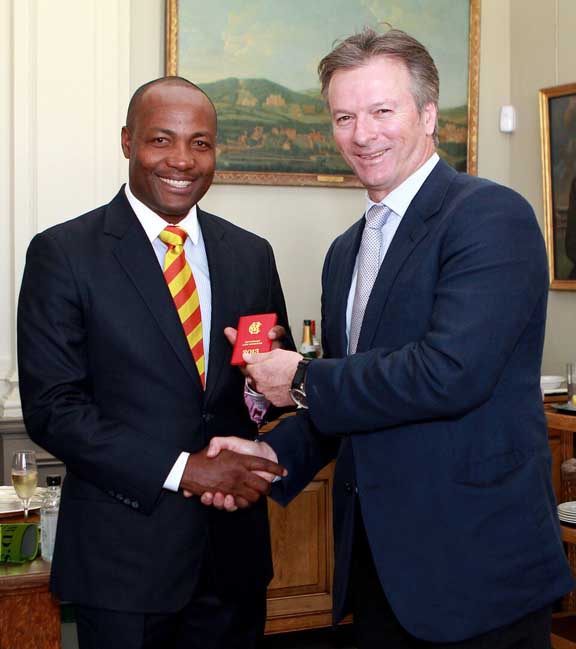 a wait of around 25 years before their cherished goal of Full Membership can be achieved. For talented cricketers, male or female, there is a quicker path to Membership: playing Members can qualify by appearing in a minimum number of matches (usually ten) for MCC across two consecutive years.

Becoming a Member of MCC has never been easy and, realistically, it never could be. Full Membership is limited to 18,000, but even at that high level if every Full Member were to turn up at Lord’s on day one of a Test match (as is their right), they would account for more than half the capacity of Lord’s. There would be precious little seating left for the paying public.

When the Club was founded in 1787 the Membership was even more restricted than it is today. No records survive from that period, due to a fire in 1825 which destroyed the old Pavilion at Lord’s, but the nature of the Club can be discerned through other sources. For a start, the list of known Club Presidents goes back as far as 1821.

The President that year was Lord Strathavon, son of the 5th Earl of Aboyne. Strathavon was far from being the only aristocrat to have served a year as President: in fact, from 1842, when the method of choosing the President changed from election to nomination by the incumbent, until the Club’s centenary in 1887, only three Presidents did not have an aristocratic title, and one of the three was a Member of Parliament.

Another clue comes in John Nyren’s 1833 work The Cricketers of My Time, which concludes with a list of the current Members of MCC. The list runs across two pages and amounts to 206 names. From this we can gather that it was a relative small clique of men, predominantly aristocrats, who made up the early Membership of MCC, and really this should come as no surprise.

After all it was George Finch, 9th Earl of Winchilsea, and the Hon Charles Lennox (later the 4th Duke of Richmond) who gave Thomas Lord the financial backing to open his first cricket ground in 1787, and it was this same small group of powerful men, with a few changes in personnel, who had been deciding upon the Laws of Cricket since 1744. This is the origin of MCC’s responsibility for the Laws of the game, which continues to this day. 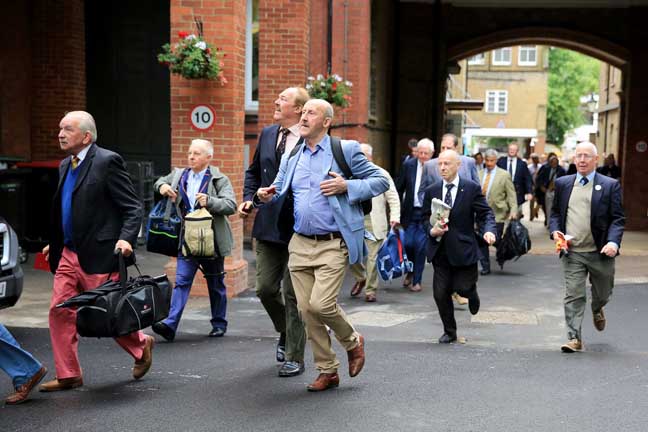 Members running to get a spot in the Warner stand (CS)

The Membership grew as cricket gained in popularity through the 19th century, and in fact there were times when the Club felt it needed to recruit more Members, or even had to innovate to retain those it already had. The opening of the Club’s first real tennis court in 1839 came at a time when Lord’s as a cricket ground was struggling to make money.

Providing additional activities for Members was one way of getting them into the ground, spending their money and keeping up their subscriptions. In the 1860s, with cricket booming in popularity thanks to the efforts of professional touring sides like William Clarke’s All England XI, MCC built a new grand stand at Lord’s, greatly increasing the capacity and comfort of the ground. And in order to attract spectators to come and sit in it, since the Lord’s fixture list was still dominated by MCC matches, the Committee decided it needed to elect the finest cricketer in the land as a Member. And so, on 6 May 1869, W.G. Grace became a Member of MCC. He had been on the waiting list all of two weeks. 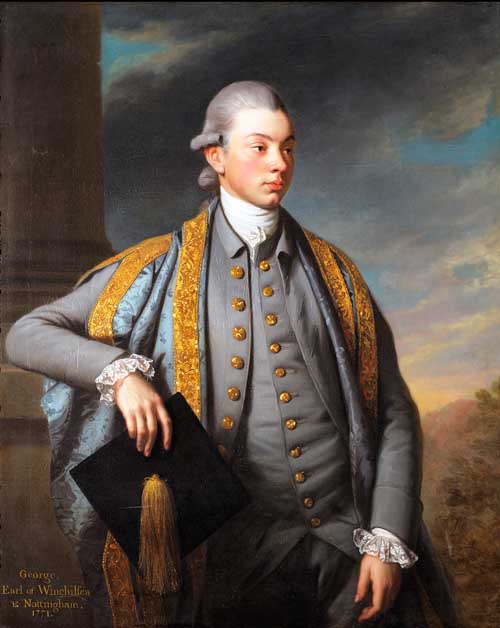 Almost a century later, the question of Membership was again entwined with the development of the ground. A plan was formed to demolish the old Lord’s Tavern and Dining Rooms and build a modern, new Tavern Stand on the site, together with a new public house and catering facilities (the current Tavern and Thomas Lord suite) outside the Grace Gates. In order to finance this expensive project, the Committee decided to increase subscription prices by 50% (from £6 to £9 for Full Members) and to increase the Membership up to a total of 14,000. Many candidates found themselves becoming Full Members far quicker than they had anticipated.

The 1960s were a different world from the 1780s when the Club had been born. A larger Membership reflected a broader cross-section of society; it was no longer the preserve of a small aristocratic elite. With MCC also handing over responsibility for the governing of English cricket to the newly formed Test and County Cricket Board, the Club was also looking to carve itself out a role as a strong, independent advocate for the good of cricket. This new global outlook is reflected in the awarding of Honorary Life Memberships to distinguished players and administrators from across the cricketing world. Two Pakistanis were among the first to be awarded Honorary Life Membership in 1960: Justice A.R. Cornelius and Jehangir Khan.

But as the twentieth century approached its end, one element remained missing if MCC was to be a club truly reflecting the passion of all people for cricket. It was still a men-only club. By the mid-1990s Lord’s boasted (if that is the right word) the only pavilion in county cricket where female members from both home and visiting counties could not sit and watch cricket. Slowly, it must be said, an awareness developed in the Committee that this was an anachronism in the present day. MCC was a private members’ club, of course, but it was more than that too. It had a wider responsibility to the game, a game being played an enjoyed by increasing numbers of women and girls. There was also a commercial imperative: how much longer would sponsors and advertisers be willing to work with a club that was actively rejecting half of their potential consumer base? 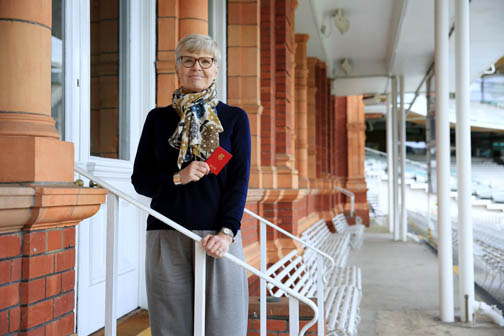 Some Members of a more traditional mindset took a lot of persuading. The argument went on for most of the decade, but eventually the Committee had its way and in 1998 the Membership voted to amend its rules to permit women to become full and playing Members of MCC. The following year, a select group of ten women were awarded Honorary Life Membership. Since then, a great number of women have qualified as playing Members, and indeed the MCC women’s teams are among the most active and successful at the Club. Two centuries on from its birth, MCC can at last say that its Membership is truly reflective of the supporters of the game whose history it has played such a great role in.

We are ready for England’s two spinners, says Misbah