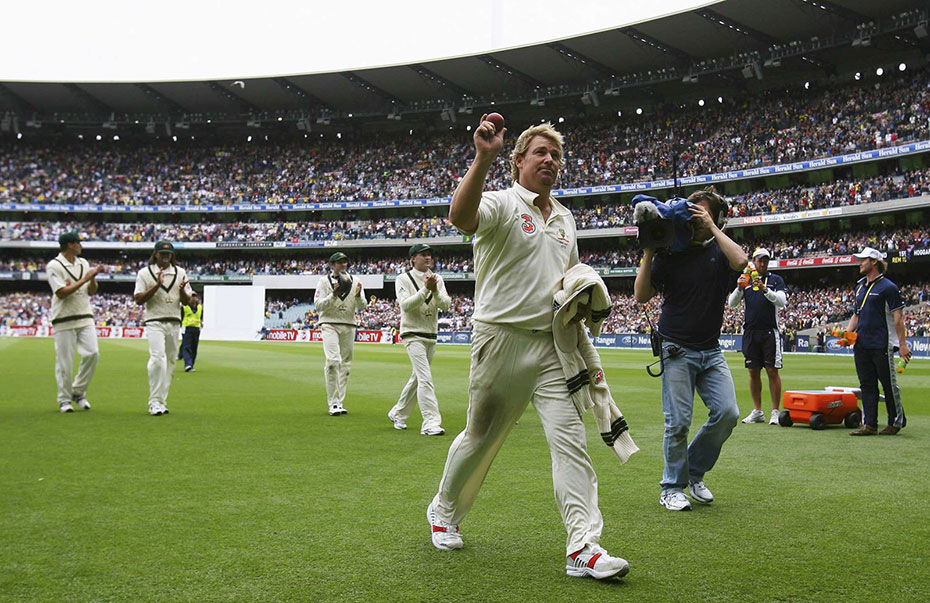 In Memory Of Shane Warne

I met Shane Warne only once. It was at Lord’s, but fortunately for me, not in the middle. I was practicing with one of my clubs at the Indoor School one Sunday morning when I suddenly became aware of a commotion in an adjacent net.

Shane Warne had arrived for a coaching session with some children, sponsored by some commercial enterprise. Poor sponsor: no one now remembers you and the branding on your cricket clothes, only Shane Warne, the man you paid to wear them. 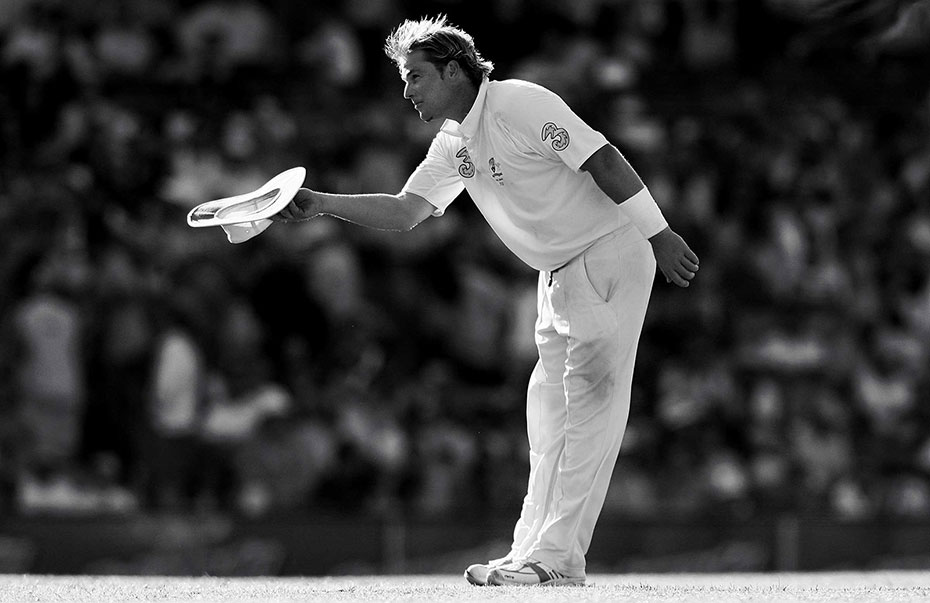 Poor children too. You did not get much instruction from the great man because your parents and other grown-up relatives and attendants swarmed around him in pursuit of autographs and selfies. Poor children indeed, but respect for Warne who engaged with each of the seekers as if meeting them was the high point of his career. When they finally released him to the children, he treated them in the same way. Too many sports personalities treat this kind of event as a tiresome ritual, but I have read many similar stories of Warne’s empathy in the tributes to him. In international politics I have known one figure with the same gift for connection with strangers: Bill Clinton. It made him much loved and much forgiven.

I waited a long time but I finally got my own moment with the great man. To his surprise I did not ask him for an autograph but gave him one of mine – inside one of my books. He did not just murmur a thank you but made me believe that he could not wait to read it.

I did get to know Warne’s early mentor, Terry Jenner, the Australian Test leg- spinner of the 1970s. He came through many personal troubles, including a term of imprisonment for fraud, to become a brilliant coach with an eye for a genius. I saw Jenner quite frequently coaching other young leg-spinners at Lord’s and in a nearby public park.

He had an unusual coaching method, reciting long passages of poetry and then slipping in a tip, as in “At the round Earth’s imagined corners Blow your trumpets, angels, and arise From death, you numberless infinities of souls, and to your scattered bodies go give it more air”. Jenner enjoyed poetry and thought it made his young charges concentrate to hear his advice.

It clearly did some good to Shane Warne but I don’t think he recited poetry at any of his 708 Test victims.

A later inspiration to Shane Warne was the great Abdul Qadir, who in a sense relit for him the flame of leg-spin bowling. Of all the dinner parties in history I wish I had attended, it would be the one he hosted for Shane Warne at his home in Lahore, but it was almost as much fun to hear Abdul describe it later, particularly when the two sat on the floor and span deliveries at each other for an hour or more. One hopes that they will meet again for a similar session in another life.

As many others have said, Warne belonged not just to Australia but to everyone who saw him. He was not just a great player but one with an aura, like Bradman, like Sobers, like Viv Richards in the past: the movie star who made the other twelve players on the pitch look like supporting cast who were lucky to be on the set with him. That said, his ball of the century, which dismissed Mike Gatting, looks more like a classic cartoon, in which he is Jerry the cheeky mouse and Gatting is Tom, the baffled cat. 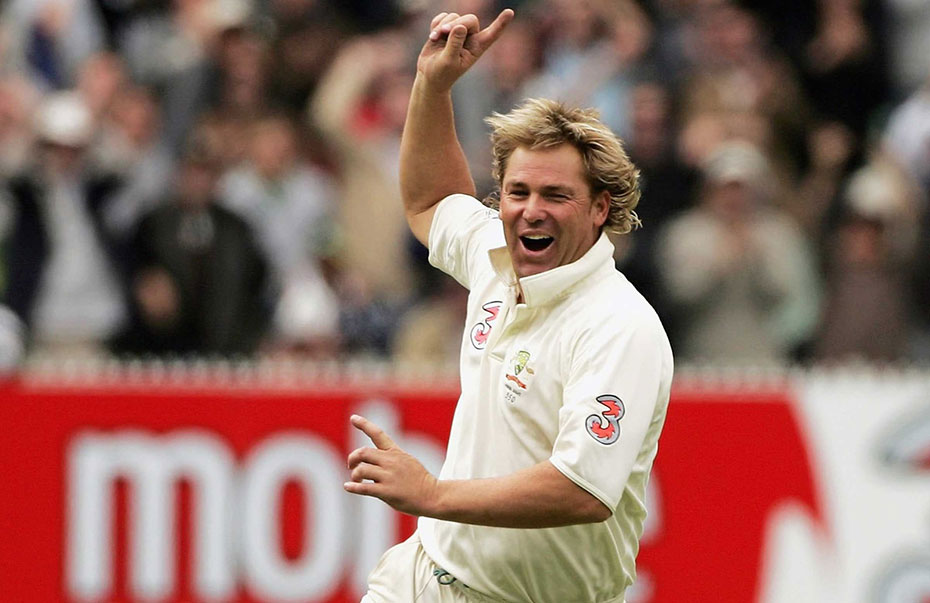 It is a compliment to Warne that he was frustrated only by batsmen who could resist his aura. Two examples were the Sri Lankans, Aravinda de Silva and Arjuna Ranatunga, who played in their chosen way to win the World Cup in 1996 at the Gaddafi Stadium. (Incidentally, off the field Aravinda de Silva is the most self-effacing and soft-spoken great cricketer I have ever interviewed. I had to push my recorder closer and closer to him to catch what he was saying. I wondered how his batting partners ever heard a call from him.)

Another batsman who memorably resisted Warne was Kevin Pietersen, who scored 158 at the Oval in 2005 to save the Ashes for England in an innings where Warne took six wickets around him, and after being bowled by him in the first for just 14.

Warne enjoyed bowling at Pakistani batsmen in Tests, where his numbers are conspicuously better than for other countries. He had 90 Pakistani Test victims at an average of 20.17, taking one every 45 balls, compared to 708 in his total career at an average of 25.41 and a strike rate of one every 56 balls.

It is good to think that Warne has millions of imitators as a bowler, and that so many of them worldwide got at least a few minutes of actual instruction from him, because he was very generous in sharing his mysteries. A century earlier, another Australian leg-spinner, Arthur Mailey, was reproached for discussing his techniques with his English opponents. He replied simply “Spin bowling is an art and art is universal.”

Shane Warne had the same philosophy – but also the confidence that no one else would take that art to such a level. 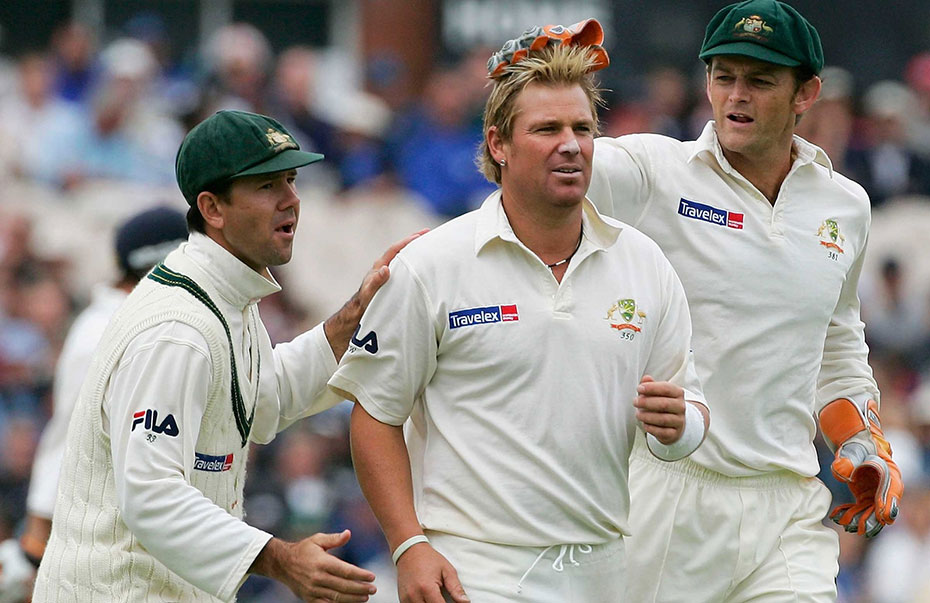 Richard Heller is the author of two cricket novels A Tale Of Ten Wickets and The Network. With Peter Oborne he wrote White On Green celebrating the drama of Pakistan cricket. Peter and he present a regular cricket-themed podcast each week https://chiswickcalendar.co.uk/blogs-podcasts/#cricket-podcast

Profile of John Arlott: Being Human