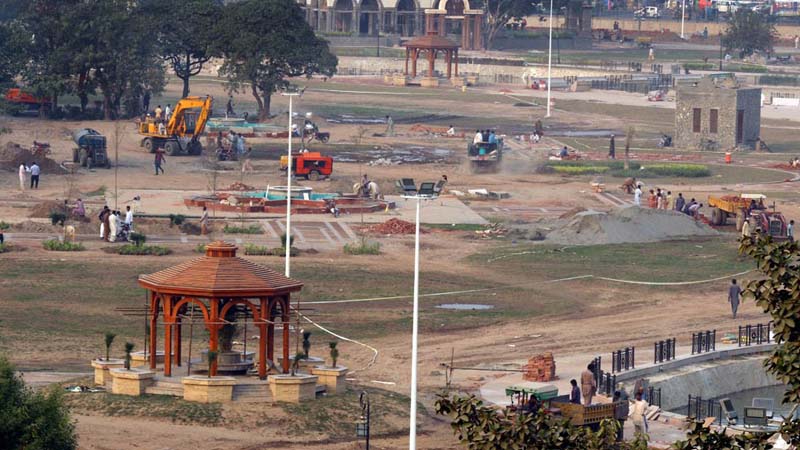 The Ruination of the historic Minto Park

Lahore has traditionally been known as the city of Gardens. But over the years, a concrete maze has overtaken the landscape of the metropolis. According to a recent study, only three percent of the city is ‘green’ in the overall perspective. The city has not only been defaced but its attached sports culture has also been affected simultaneously.

The historic Minto Park in Lahore is the birthplace of a great number of cricket clubs. Surrounded from the centuries-old Walled City that once happened to be the cultural heart of Lahore, Badshahi Masjid and Lahore Fort, Minto Park carries a pride of place in our cricket history as the venue for nurturing and producing a number of cricketers who won international recognition and brought laurels for Pakistan.

Originally, the venue was called Parade Ground because the British army housed in the Fort, after capturing Lahore in 1849, used to have their drills here. The British India’s government had converted the open space into a playground. A cricket pavilion was built in the main ground near the Budha Ravi. It was called Peeli Kothi because of its yellow coating. In front of it were three cricket grounds. There were football and hockey grounds there as well. 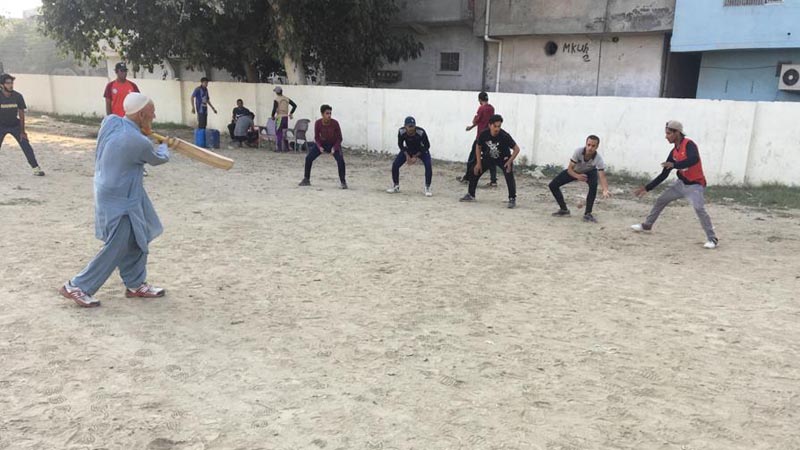 Before Partition though, Minto Park was the prime nursery for the aspiring club cricketers who would do net practice here. Its lush green grounds had been the scene of many thrilling battles between bat and ball.

In December 1944, a Ranji Trophy match was also played between North Zone Northern India vs Delhi here. Besides this Minto Park was the venue of every major cricket tournament in which renowned clubs of United India would participate. Clubs including Mamdot, Crescent, Ravi, and Friends had their nets at Minto Park along with Sunday matches on the three cricket grounds. 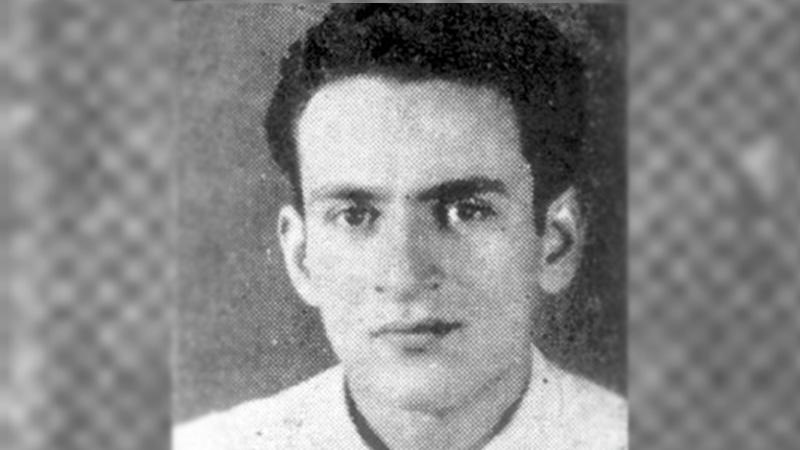 Besides cricket, hockey, football and local sports also thrived at the venue before Partition. Local sports at the time included wrestling, kite flying and gulli danda. The wrestling arena was situated in a cluster of trees at the centre of the Park. It hosted some memorable bouts involving all-time greats such as Goonga Pehalwan, Imam Buksh and Gama Pehalwan. Before Partition Hindus of Lahore used to organize their Dasehra Mela in Minto Park. Muslims would hold their Eid Mela outside Delhi and Akbari gates. After the creation of Pakistan, the Muslims organized the first Eid Mela at the venue.

Minto Park got a facelift courtesy to Oval’s Hero Fazal Mehmood who was appointed as the first chairman of the Punjab Sports Board in early 1970s. Fazal constructed a sports complex for indoor games close to the cricket ground, gave the park four hockey grounds, in the area facing the Fort, and improved the football and cricket grounds as well. He would personally visit the Park almost daily to supervise the facilities provided to the sportsmen simultaneously ensuring that the sports infrastructure was well maintained. 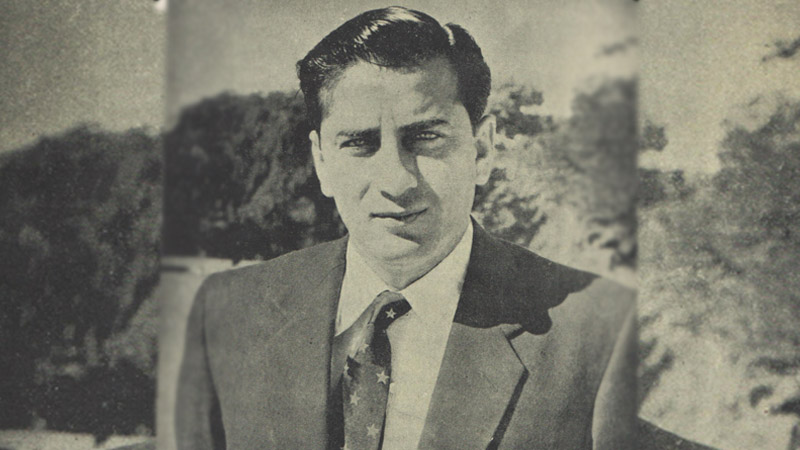 The decline of the historic park started after the turn of the last decade, due mainly to the approach of the then government in the province. This also showed with other cricket grounds and their ruination throughout the city. The Minto Park was eventually turned into ‘Greater Iqbal Park’ by 2016, with the centuries-old pavilion completely razed and the ground turf bulldozed.

Only the wrestling arena was retained, whereas the ground could have been maintained on the pattern of the Race Course Park also situated within the metropolis.

The ‘Greater Iqbal Park’ was built on a declared amount of 981 million Rupees. Astonishingly the then government had rejected a World Bank-funded plan which was to be undertaken by the Aga Khan Trust for Culture at approximately twenty-five percent of the cost that eventually entailed. The plan included a provision to retain the three cricket grounds, along with standard sports facilities and a garden to watch.

Mian Aslam, former International Umpire informed ScoreLine that in early 2000, the then former Chairman of the PCB Lt-Gen (retd) Tauqir Zia had provided funds to construct sixteen pitches, eight turfs, and eight cemented at the Minto Park. The pitches were prepared and fenced by sides and roof, and a tube well was also installed for watering and maintenance of the pitches. The organizers and players of the club tried their utmost to preserve the given ‘heritage’ of the park as these very clubs had been having their net practice at the historic park for over a hundred years.

‘I personally approached the government and chief minister Shahbaz Sharif and tried to convince them not to spoil the historic cricket grounds. I reminded them of the historical importance related to Minto Park and its cricketing heritage. But they were adamant, answering very rudely ‘Over my dead body’,’ Mian Aslam revealed. He further added that the clubs approached former Test cricketer Aftab Gul who got a stay order from the Lahore High Court. But the administration demolished all the pitches and fences overnight. Even a stay order of the High Court couldn’t stop the sitting government from ruining the historic cricket grounds.

Mian Aslam said that the government’s disconcerted nature and ego deprived thousands of aspiring cricketers from taking part in healthy activities. ‘Sixteen clubs used to have their nets at the Minto Park which accommodated over 500 regular cricketers. Further over 4000 tennis ball cricketers used to play in the Park who were deprived of their playgrounds. They were all pushed to join anti-social activities and increase the crime rate in the city.’

Mian Aslam informed additionally that a former president of LCCA who was close to the ruling government succeeded in getting a place for net practice in 2017 but after six months that place was also taken over. ‘Last year we were given another place where once Minto Park Jheel was located. We brought mud from Nandipur and prepared three turf pitches at the new site but pitch rollers were missing from the store of Sport Board Punjab’, Mian Aslam lamented. He disclosed that Minto Park had ten rollers but now only five are left which are not workable. ‘Where have the rest of the fiver rollers gone’ he asked. 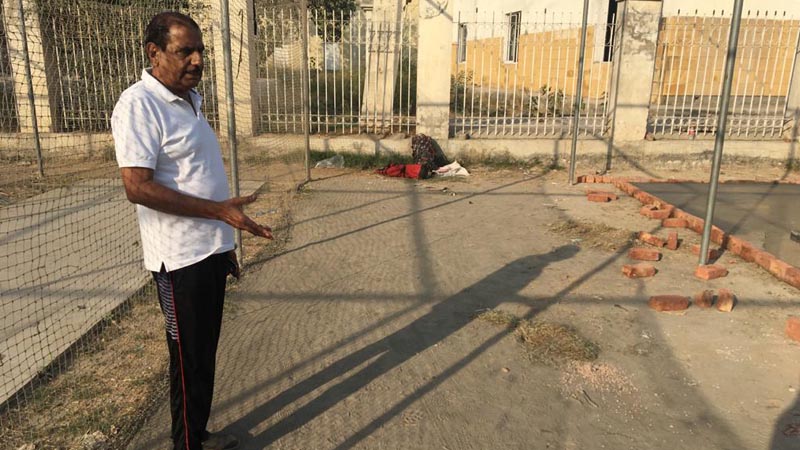 Though Sports Board Punjab has provided a place for net practice now, yet there is no changing room, no water, no toilet, and no gardener to look after the pitches at the new site. The boys are forced to practice in the dusty outfield. They were promised to provide a changing room but it seems a distant dream. ‘Sports Board Punjab (SBP) should provide water at the new site and construct changing rooms along with a bathroom cum toilet to facilitate the players’, Mian Aslam demanded. Besides SBP, the PCB should also understand this undeniable reality that Test cricket in Pakistan emerged from club cricket of Minto Park. There was no organized first-class competition in the country during the early years of its independence. Minto Park cricketers formed Pakistan Test teams to tour India (1952) and England (1954).

It is very unfortunate that there is no cricketing culture in Pakistan like the other Test playing nations namely England, South Africa, Australia, and New Zealand where societies and counties patronage and sponsor cricket. The cricket organizers in Pakistan have had to face several hardships to run their clubs regularly. Cricket equipment has become so expensive that players coming from humble backgrounds can’t afford them. The PCB must come forward to help older cricket clubs of Lahore to restore their cricket activities.

Miandad’s Masterclass at The Oval