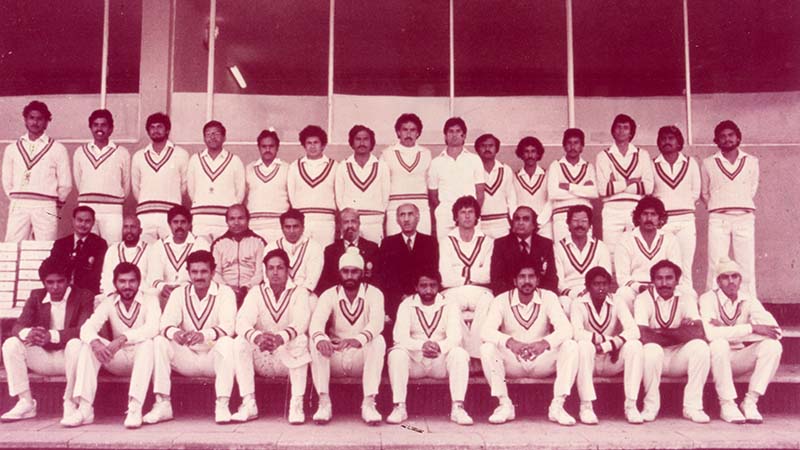 April 1978. The news was prominently displayed on the sports page. “Pakistan stars for Abbas Ali Baig Benefit Match.” It said Pakistan stars. Pakistan cricketers in the 70s were stars. All of them!

I lost little time in reaching out to my childhood friend, Ghaus Mohammad, a famous football commentator now. Ghaus and I would spend hours on the field, sometimes just the two of us. I would bowl and he would keep the wickets. Well, he went on to represent Delhi as a goalkeeper in the Santosh Trophy National Football Championship.

There was no way I was going to miss the match. Bunking school was not the challenge. Getting entry to the Ferozeshah Kotla was. There was no pocket money we could fall back on. It had been spent on buying the cricket kit. And then Ghaus found a solution. The scoreboard at the Kotla was manned by a family which stayed in a two-room house just below the iron structure.

Ghaus reached out to a friend who knew the family well. We were ushered into the house early morning and then surreptitiously into the stand next to the house. It was easy entry and we were so delighted to watch the stars in action. My eyes were hooked on the Pakistan cricketers and what a galaxy it was. 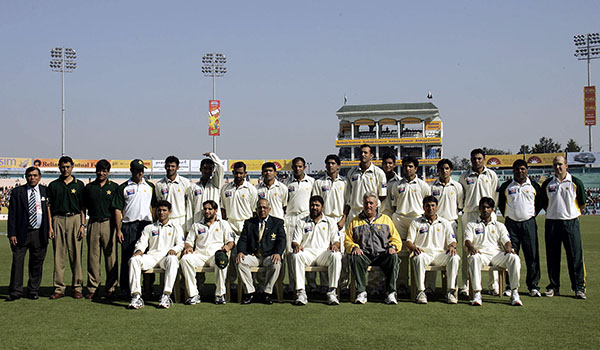 To have watched them in action was a grand achievement. The searing heat of Delhi, it was April and very very hot, was forgotten as we soaked in the glory of seeing some of the greatest names from across the border. As expected, Majid Khan made his runs without moving his feet. Zaheer Abbas produced some silken drives the likes of which we had never seen. Imran and Sarfraz bowled with fire. Asif Iqbal made his presence felt too.

There was a young Indian too who made his mark in that match. Kapil Dev arrived with a bang as took the wickets of Majid, Zaheer, and Hunte. It was a memorable match for me and Ghaus and for years we shared the stories with our friends. 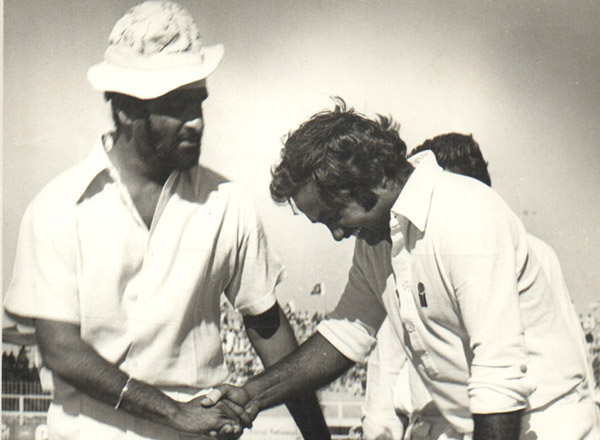 Strange, a few months after I watched the Pakistan greats in action I was praying for their failure. India was touring Pakistan and I was now on the other side. I prayed for India to succeed. I prayed for Majid and Zaheer, Imran and Sarfraz, Iqbal and Mushtaq to fail miserably.

Pakistan came to India in 1979-80 and lost the series 0-2. I began liking the Pakistan stars again. But two years later it was again Pakistan dominating India. This time more comprehensively though. India succumbed to the reverse swing of Imran and Sarfraz and the punishing bats of Zaheer, Miandad and Mudassar Nazar. Of course, Mohinder Amarnath, Gavaskar, Kapil and Vengsarkar did well but it was Pakistan all the way. How I hated the Pakistan stars for destroying my heroes!

I came to realize how silly I was. It was only a game and in later years when I interacted with the same stars as a journalist, I saw how wrong I was. There was respect for Indian cricket in Pakistan. I looked forward to meeting cricketers from Pakistan at tournaments in Sharjah, England, Sri Lanka, Nairobi, Toronto.

With time, I rediscovered my heroes from Pakistan when I heard them praise their Indian counterparts so high. Wasim Akram, Waqar Younis, Miandad, Imran, Rameez Raja never missed an opportunity to praise Indian cricketers. For Pakistan cricket, the greatest support came from Gavaskar, who backed the team to win the 1992 World Cup.

I take pride in narrating an anecdote here from India’s 1996 tour to England. India had lost the first Test at Birmingham and was training hard at Lord’s when it had a surprise visitor in Miandad. He was not happy at India losing to England and he made an appearance at Lord’s to share his experience of tackling seam and swing bowling. I remember him asking the Indians, “bhai, kaise haar gaye aap is England team se (how could you lose to this England team).” He gave a pep talk to the team. Among the attentative lot were Rahul Dravid and Sourav Ganguly, who both went on to make fantastic debut appearances in the Test.

India and Pakistan cricket matches have always been closely and fiercely contested. True, there have been some acrimonious incidents but friendships have been forged off the field. There is mutual respect for each other’s cricket. How can anyone forget the standing ovation that Akram’s team was accorded at Chennai in 1999 when it won the Test in a breathtaking finish? It was an unforgettable show of spirit and it has stayed with every member of that Pakistan team. 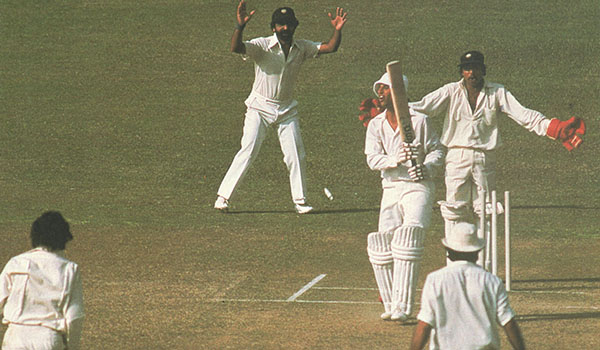 It was my good fortune that no Pakistan cricketer ever said “No” to an interview for THE HINDU and SPORTSTAR where I worked.

Cricket between India and Pakistan is easily the most followed competition in the world. It generates cricket of the highest quality and as Asif Iqbal told me recently, “It is far superior to any competition between any two nations in the world. Far more intense than the Ashes.”

It is a pity that India and Pakistan don’t play each other so often because their matches have to happen on neutral venues, essentially at ICC events. In turn, it takes away the charm of watching a Virat Kohli against Pakistan in a Test and a Babar Azam taking on Indian bowlers in similar circumstances. It also means their records would be deprived of performances against each other. What a shame that Sachin Tendulkar and Wasim Akram did not face each other in a Test from 1989 to 1999. There is hope in the times to come when India and Pakistan may get to play at least one series a year on their own soil. This generation of cricket fans deserves such a treat!

PS: I follow Pakistan cricket with lot of interest and hope Indian cricket has its passionate followers in Pakistan too…..