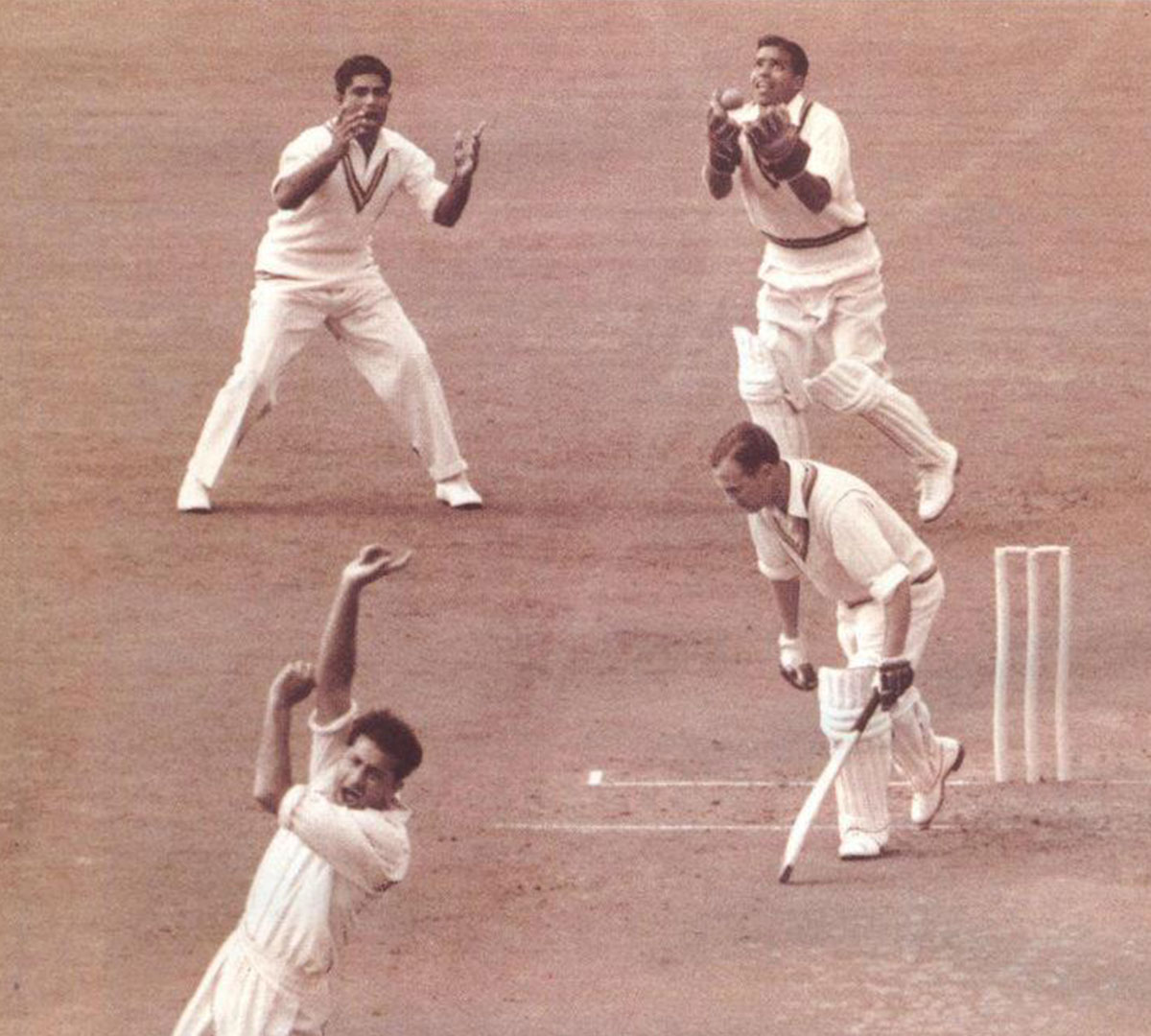 By Peter Oborne (In UK)

By Peter Oborne (In UK)

Test Match series between England and Pakistan have always been awesome events. Ever since Fazal

Mahmood famously destroyed the English batting at the Oval in 1954, the standard of cricket between the

two nations has been as brilliant as it has been unpredictable. This summer’s Test Series in England will

two best Test Match nations in the world. I know that according to the official International Cricket

Conference rankings, Pakistan and England are 4th and 5th respectively.

However, these rankings are based on historic information and therefore tell a misleading story. Consider

the recent record of the England Test Match team.

the world. There was nothing lucky or fortunate about it. England, clearly the better side, dominated even

though South Africa had the home advantage.

Last summer, England thrashed Australia at home and the previous year England humiliated India. I am

coming to believe that the current England team is one of the greatest of all time.

It deserves to be ranked alongside the teams of the 1950s, when there were batsmen of the calibre of Peter

May, Len Hutton and Denis Compton, and a bowling attacks spearheaded by the immortal Fred Truman.

English cricketing prodigy, Ben Stokes, His 258 in the Second Test Match was pure genius, as good an

attacking Test innings as have ever been played.

Stokes joins a team which bats down to number nine (Stuart Broad) in the order. The England fast

bowling partnership of Broad and Anderson is the most powerful since Statham and Trueman.

However, there is one Test side which the emerging England team has not yet pulverized. That is

Pakistan. England were competitive during much of last autumn’s fascinating series against Pakistan, but

ultimately Pakistan was much the better side.

competes with Imran Khan and AH Kardar for the title of Pakistan’s greatest ever Test Match Captain.

At 41 years old, we all know that Misbah is reaching the end of his magnificent Test Match career. He

will receive the hero’s welcome he so richly deserves when he arrives in England on his final tour.

English Test Match ground. I predict that the cheers for Pakistan’s valiant and loyal cricketing warrior

will be heard as far away as Buckingham Palace.

But Misbah is not merely on a farewell tour. This superb cricketer will be a man on a mission. He will be

utterly determined to lead his team to a farewell victory on English soil.

I believe he has every chance of achieving this. It looks hugely likely that this summer Mohammad Amir,

the brilliant fast bowler who was suspended from cricket for five years after the spot fixing scandal, will

be part of his touring team.

Amir destroyed the English batting last time he played in this England, and who is to say that he is not

destined to do so again? In view of past history he will be targeted by the ravenous English press. All of

Misbah’s wisdom and experience will be needed to keep this young man out of trouble. He will need

guardians. Properly shepherded, however, he can be a devastating asset for the visiting Pakistan team.

I have a confession to make. Whenever I watch Pakistan play England my loyalties are painfully divided.

I know and love Pakistan and know that Pakistan cricket has been a force for enormous joy in the world.

For all its problems Pakistan cricket has the ability always to throw up moment of pure magic. On the

other hand, I am English and of course loyal to my native country, even though our cricketers are

But while I am conflicted which side I will support, I can’t help but feel that the 2016 contest between

Pakistan and England has all the ingredients for one of the most brilliant Test Series of all time. This

of titans on the green sward of England.

champion of the world.

White on Green, Peter Oborne’s study of Pakistan cricket (co-written with Richard Heller) will be

published by Simon & Schuster in June.

Ever since Fazal Mahmood famously destroyed the English batting at the Oval in 1954, the standard of

cricket between the two nations has been as brilliant as it has been unpredictable. This summer’s Test

Series in England will be no exception.