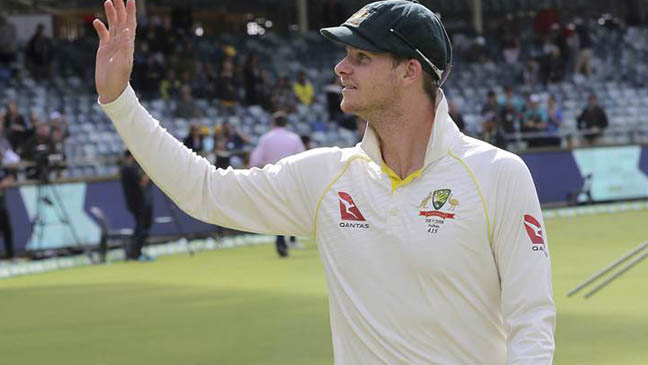 Allowing Smith to play is like giving him license to cheat further! The ICC must step in.

Reversing their earlier stance Cricket Australia has been forced to remove Steve Smith and David Warner as captain and vice-captain but allowed them to continue to play in the remaining days of the ongoing Cape Town Test against South Africa.

The action was taken after confession of ball tempering by Smith. Wicketkeeper Tim Paine will lead the side for the last two days of the contest.

After Smith’s admission Cricket Australian had no choice to remove him from captaincy as he has mired the name of many greats Australia has given to the cricket world. Starting from Don Bradman, Keith Miller, Neil Harvey, Alan Davidson, Richie Benaud to Alan Border, Dennis Lillee, Ian Chappell, Greg Chappell, Alan Brother, Glenn McGrath the land of Kangroos have given us legends who delighted their fans across the globe with willow and cherry but Smith’s action was a deliberate attempt to spoil their good names.

Earlier, cricket fans across the globe were stunned to hear the news of ball tempering by the Kangroos. They were even jolted to hear that after confessing the ball tempering Australian captain Steve Smith was adamant to step down. For him it was necessary for his bowlers who were finding it hard to reverse the ball.

Even the immediate reaction of CA was not desirable. Like Smith the CA was also adamant to admit the bitter truth that their appointed captain has ruined the pride of their nation by cheating during the course of Cape Town Test match against South Africa and had said: “Cricket Australia would investigate the actions of the Australian team’s leadership in relation to the ball-tampering confession in the Cape Town Test. It seems completely beyond belief that the Australian cricket team had been involved in cheating”. Hilarious!

However, the Australian Prime Minister Malcolm Turnbull sensibly realized the gravity of the ball tempering incident and expressed his unequivocal disappointment and categorically called upon David Peever, the Chairman of Cricket Australia, to take a decisive action. After that CA had no choice but to follow the sane advice!

Nevertheless, removing Smith from captaincy is not enough. He must be banned from playing international cricket according to the ICC rules. There are already demands in India that the IPL governing council should ban Smith immediately. Smith’s statement is significant that “the leadership group knew about the tampering”.

Someone in the coaching staff has planned it and others have executed it. All are guilty and deserve to be punished. CA must come straight on some of the members of the team’s coaching staff as well.

Let’s see whether the ICC has the guts/balls to ban Aussie cheats. CA has removed him from captaincy but allowed their tainted players to take further part in the Test match. It is like giving them license to keep cheating. The ICC’s reaction is still awaited. The ICC match referee Andy Pycroft must have reported to the governing body and cricket fraternity awaits a likely ban of Test matches and fine on Smith & Co. Had this done by a cricketer of non-white nation the ICC would have come hard and suspend him forthwith. The ICC has to ensure that there is no distinction between white and black skins in international cricket.

What if Pakistan fail to qualify for World Cup 2019?