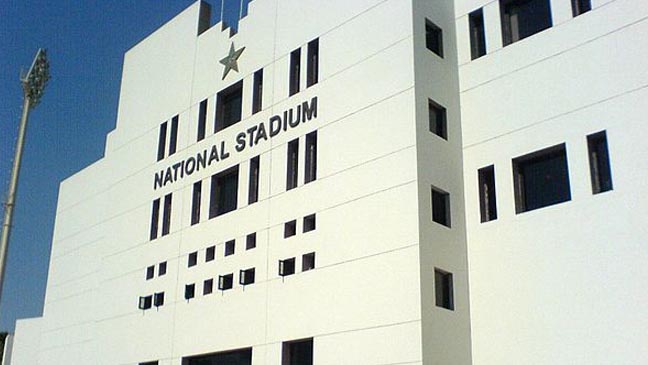 Of PCB officials from Karachi

For many months a lot has been written about neglecting Karachi as a cricket centre: the dilapidated condition of NSK, neglecting the city in efforts for revival of international cricket, rights of Karachi cricketers in domestic cricket and always the blame is on officials belonging to Punjab, but the story is not so simple.

What has been the role of those officials who are from Karachi? What have they done for the benefit of Karachi’s cricket? The cricket fraternity in the city, including the spectators have been neglected during past many years. And they remained silent.

Shaharyar Khan headed the PCB twice as chairman but did nothing as far as NSK development is concerned. PCB COO Subhan Ahmed, and adviser to PCB chairman Salahuddin Sallu too have done nothing for the city.

Shaharyar failed to address any issue related to the NSK and organize any international cricket match in the city.

Sallu is popular for his PR and good connections. He played just five Test matches (117 runs and seven wickets) for Pakistan but acts as if he was a big cricket star of his time.

During his more than two years in the PCB as adviser what has he done for the benefit of cricket, especially Karachi’s cricket?

The condition of NSK deteriorated, a number of talented cricketers of the city did not get chances in the national senior and junior cricket teams, not a single international cricket match was allocated to Karachi. (After much hype over the issue PCB has been compelled to organize PSL matches here, but there was no role of any official from Karachi.)

Karachi’s participation in Pakistan’s first-class cricket was curtailed and he did not utter a single word on this injustice.

Salahuddin Sallu only issues statements to the media in praise of Pakistan’s good performances on different occasions to justify his salary and other perks. His four matches have earned him a lot.

As adviser to PCB chairman, he should raise his voice for the development of NSK, and international matches in Karachi.

The role of Subhan Ahmed is more suspicious, a man who was appointed in the Board as a typist.

Twenty one years ago he was transferred to Lahore along with Asad Mustafa because it was felt they were leaking reports about board’s administration. They have progressed a lot but done nothing for Karachi. Subhan is a powerful Chief Operating Officer (COO) in the Board but NSK has been ruined under his watch.

It is only print and electronic media who highlighted the issues related to Karachi’s cricket due to which PCB Chairman Najam Sethi was compelled to announce the construction at NSK, four PSL matches in Karachi and indication of appointment of director at the cricket academy after delay of one year.

There are several other injustices being done with Karachi’s cricket but these people don’t raise their voice.

When cricket world’s big names like former CEO PCB Arif Abbasi was sitting at NSK, there was no such issues. Even minor wrongdoings were noticed. He knows the importance of the place and its role and standing in the cricket world.

When former Pakistan captain Javed Miandad was DG in PCB in 2009, he demolished the encroachments around the stadium in just two days.

Nowadays narrow-minded people have been made directors and managers who neither have vision nor do they know the importance of their job. They are concerned only about their benefits.

The NSK needs a visionary high official of PCB who knows the modern-day requirements and importance of this mega city.

Fit, the watchword in Pakistan Cricket