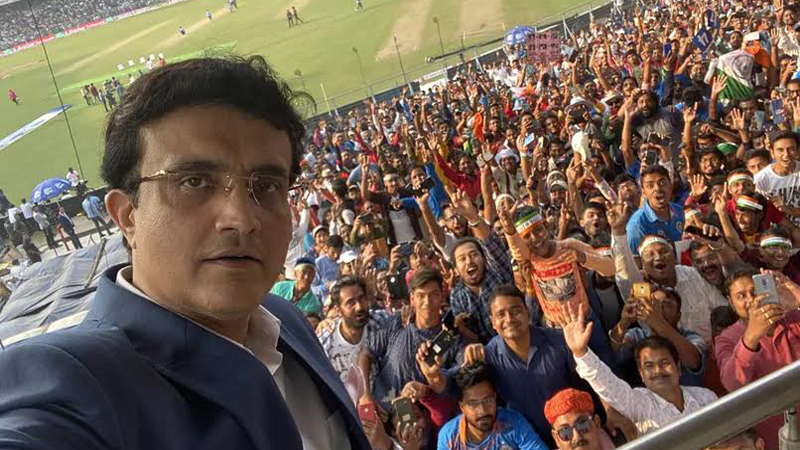 India has always been slow to embrace change in cricket. In recent years we have resisted rather embarrassingly at times the introduction of Decision Review System (DRS), then we famously ridiculed the Twenty20 format and much before that we had an issue with the ODI format.

India has always been the bully or rather the stubborn child in a class who refuses to budge from his position even as the world around him is changing. We have made it a habit to first dismiss something new that may come up in other parts of the world of cricket, only to later realize that we are missing out.

It is therefore no surprise that we have finally embraced day-night Test cricket after almost all the Test playing nations have played at least one game under lights. Even this time it has come after a lot of resistance because the team management was not too keen to try this format out.

With a World Test Championship at stake, he Indian team is wary of playing the format under lights because we have three big Test series against New Zealand Australia away from home, followed by England at home.

India is concerned about the impact that the pink ball will have in day-night Test matches away from home, because there are six away Test matches at stake. India’s batting came apart in South Africa and England during the day in 2018, so the fear of the impact of pink ball is very understandable. Most of the 11 day-night Test matches played thus far since 2015-16 have seen the bowlers ruling the roost with the batsmen finding it difficult to adjust to the new format.

But with new BCCI president Sourav Ganguly keen to leave an imprint on his tenure all these objections and reservations were cast aside quite easily. Even a stubborn India captain Virat Kohli was quickly brought on board as Ganguly said famously in “just three seconds”.

Now with the deed done, India had to get on with and start preparing for what was be the most interesting Test match played on Indian soil. It was their good fortune that they began their day-night Test match campaign against an under-confident Bangladesh who were really struggling in the longer version of the format.

Most of the players have featured in Duleep Trophy, including current prolific opener Mayank Agarwal, with pink ball under lights. More specifically Mohammed Shami has experience of playing with pink ball at Eden Gardens under lights during a club game in Kolkata which was telecast with much fanfare.

There are a number of different scenarios that will emerge as a result of day-night Test cricket including adjusting your body clock as a player. But this is something that the players are now accustomed to since they play almost all white ball cricket under lights.

When BCCI experimented with day-night cricket in Ranji Trophy during the final of the 1996-97 season at Gwalior between Mumbai and Delhi, cricket was still very much a game in whites.

“We were so used to playing for long in daylight with the red ball. So, to get into the mindset of batting for long hours under lights with a white ball was something which had to be practised well. Luckily, I was in good form in that tournament and could quickly adapt to the change. It was a matter of couple of net sessions to get used to the challenge. I used to bat for long hours in the nets under lights and never really removed my pads. I would either bat in the nets, take throwdowns or just keep knocking around,” Mumbai’s batting mainstay of the 1990s Amol Muzumdar recalled in an interview with Mid-Day.

The other big challenge of playing under lights in November in Kolkata is the advent of dew in the evenings. When day-night cricket was first played at a ‘proper’ cricket stadium it was at the Eden Gardens in November 1993 during the closing stages of the six-nation Cricket Association of Bengal (CAB) diamond jubilee tournament. Dew was very evident then and even thereafter during day-night cricket in the winter months.

Dew became a factor even in the heat of April 1997 during the Ranji final. Mumbai’s stalwart left-arm spinner and former India player Nilesh Kulkarni recalled his experience against Delhi.

Kulkarni bowled the most number of overs (74.1) in the match, but still never felt in control. “Dew was one of the most important factors that challenged us. I bowled almost non-stop on the last day and the dew made it difficult to grip the ball. I felt like I was holding a soap in my hands. It was difficult to field as well,” Kulkarni told Mid-Day.

One big difference was that the Ranji final in 1997 was played in coloured clothing and with white ball. The only recent reference to pink ball and white clothing is the recent Duleep Trophy.

Players featuring in the Duleep Trophy complained of no issues with spotting the ball, but the fast bowlers had a bone to pick with the lack of reverse swing on offer with the old ball. That was also because of the nature of pitches on offer during the tournament, especially at Greater Noida.

One of the major reasons offered to play Tests under lights has been the lack of attendance at major Indian venues. The fact is unlike the west watching a cricket game of any kind in India is a chore. There are a number of restrictions and there is hardly any incentive for a fan to turn up for a game for seven hours. Most of the new cricket stadia are away from the city and make it difficult for people to turn up for Test matches. It is all very well to say that the same fans turn up for IPL and white ball games, but that is just about five hours, while Test cricket is about five days.

At some level, the focus of Ganguly’s regime should be to improve the fan experience at stadia in India. Once that is in place, fans will automatically turn up to watch Virat Kohli and his team. Till then experiments under lights with pink ball may well just be band-aid solutions for a deeper wound.