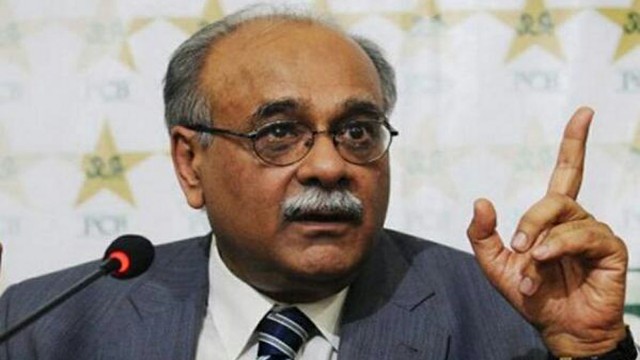 The PCB Chairman Najam Sethi who is known for his shrewd maneuverings is once again in the news for his alleged corruption as public office holder. According to media reports the NAB has sought details from the Federal Bureau of Revenue (FBR) about the final outcome of an inquiry against Sethi in the money-laundering (un-declared assets) case, registered against him in 2010-11.

Former Test fast bowler Sarfraz Nawaz had filed a complaint with the NAB accusing Sethi of money-laundering and possessing assets beyond known sources of income and acquiring overseas properties worth millions of dollars.

Some months ago the Pakistan Today carried a story about alleged money laundering by Sethi which the PCB had vehemently denied and even threatened to initiate defamation proceedings against all those who were involved in this ‘abominable vilification’ campaign but the newspaper stood by its report which means that the substance had some weight.

Sethi was mentioned in Panama Papers as well, NAB under its former chairman Qamar Zaman remained reluctant to pursue the matter. However, the NAB is now expected to take a decision in the cases against Sethi at the next executive board meeting next month.

It may be recalled that the former chairman of NAB had also not allowed inquiry against Sethi despite some other accusations of serious nature against him. Sethi had been also accused of spending a week in India before WC-2015 where he was hosted by Mahesh, a bookie.

Now after a long gap the NAB has sought details from the FBR about the final outcome of an inquiry against PCB Chairman Sethi in the money laundering case.

The bureau sought the details after completing the complaint verification process in the case. It has been also learnt that NAB has received details of Sethi’s income tax returns in the USA.

Meanwhile, a senior NAB official also informed media that most of the complaint verifications involving would mature in next month after which the bureau would reach a conclusion whether or not investigation against them should be carried out.

“If they are found involved in corruption they can be arrested or face NAB action. Otherwise, complaints against them will be disposed of,” the NAB official said. That means Sethi faces danger of being arrested. If he is arrested he would be the second chairman of the Board, after Mujeeb-ur Rehman who was also nabbed soon after the October 12, 1999 army action.