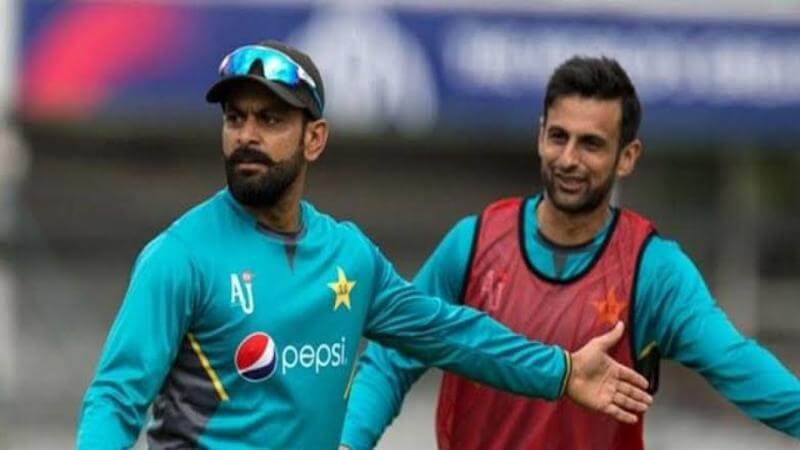 Mohammad Hafeez’s tweet has exposed the credibility of Covid-19 tests of England bound 29 cricketers that medical panel of Pakistan Cricket Board, headed by Dr. Sohail Saleem, had organized in Karachi, Lahore and Peshawar on 22nd June.

“After getting positive Covid19, according to PCB testing report yesterday, as second opinion and for satisfaction, I personally went to test it again along with my family and we all reported negative.

ALHAMDU LILLA”, Hafeez who was declared positive in the Covid19 test carried out under the supervision of the Board medical panel, tweeted on 24th June.

Hafeez, a mentally strong person, couldn’t digest the result and his Negative laboratory report has not only amazed cricketer circles but also raised a pertinent question on the accuracy of tests carried out by Board’s medical panel.

Since 22nd June, 10 players have been officially reported positive. This is certainly an alarming situation as it has disturbed the balance of the team and it will make management’s task difficult to field a balanced combination against England.

The cricketers were in their homes and we have been receiving regular footages of their fitness exercises. What happened all of a sudden?

I think that the medical wizards of PCB failed to make an effective plan which could have engaged players in self-isolation in their homes before carrying out the whole exercise of Covid19 tests.

Dr. Sohail must be admonished for this negligence. I demand of PCB management to put the doctor under strict radar as there are already allegations of favouritism against him.

It has been observed that working in collaboration with the shattered Mafia of NCA, some of them have been sacked recently for their sheer incompetency, he has allegedly developed a habit to declare any player unfit or overage to facilitate a favourite player of the Mafia.

Few also suspect the positive test of Muhammad Rizwan. Sadly it seems that this alleged habit is continued.

Personally I feel sorry for upcoming Haider Ali, who impressed many in PSL-5, for his tested positive. At such a young age the England tour could have been the best learning experience for this promising youngster. I pray and wish for his speedy recovery.

Now according to SOPs only players and player support personnel carrying a negative test report will depart for Manchester on a chartered flight on 28th June.

Within 24 after hours after arriving in the UK, they will be tested by the ECB medical panel again. And if tested negative will observe a quarantine period.

However, they will be allowed to train and practice in a bio-secure facility. The players having positive test shall observe self-isolation in their homes and remain under strict monitoring of the PCB medical panel. Which panel as its head would fly with the team on June 28? After the completion of their minimum quarantine period, they will undergo further testing and after two tests are negative, they will be flown to England on a commercial flight. Upon arrival in the UK, they will be tested again by the ECB medical panel and will be allowed to integrate with the Pakistan squad after their negative test.

While I must appreciate PCB for keeping us abreast regarding the physical health of cricketers I also expect that the Board would keep us abreast about other medical reports of the players and disciplinary cases against them.

And last I would also urge upon PCB Chairman Ehsan Mani, Chief Executive Officer Wasim Khan and Director International Cricket Zakir Khan, who according to reports would also board on the charted plane, to have their Covid19 tests and apprise its results to the nation. Hopefully their tests would be negative.