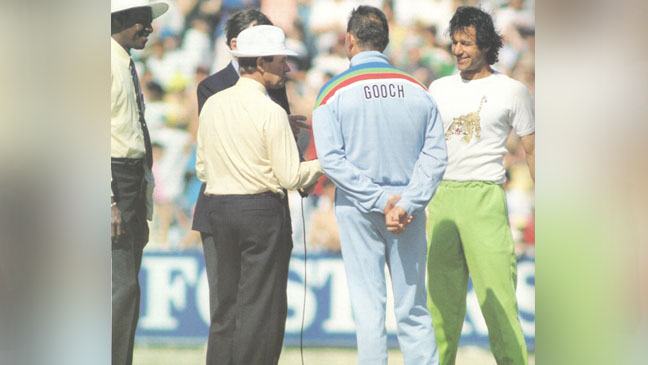 This is the month of one of the greatest moments in Pakistan cricket. The month of March where we won the World Cup for the first (and till now) the only time in our cricketing history. Yes we have won the World Twenty2o in 2009 and the 50-over Champions Trophy last summer. But not again the 50 over World Cup.

Half centuries from Javed Miandad and Salim Malik got them past Sri Lanka’s score of 212 with 4 wickets and 5 balls in hand but the do or die game beckoned against co-hosts New Zealand. Pakistan would now be playing for the first time in New Zealand which had different climatic conditions

Interesting that it is in this month of March that we are playing the final of the PSL , the actual day ( 25th March) where we won that coveted trophy 27 years ago. Who will lift the admittedly less attractive design of the PSL trophy compared to the delicately carved Watford Crystal Trophy that Imran Khan lifted at the MCG? As I write the only certainty of that is that Lahore Qalandars won’t.

With two thirds of our population today not born when that glorious evening (our afternoon) took place, it will perhaps not be a bad idea to recount the progress of Pakistan through this month and on to that fateful day. 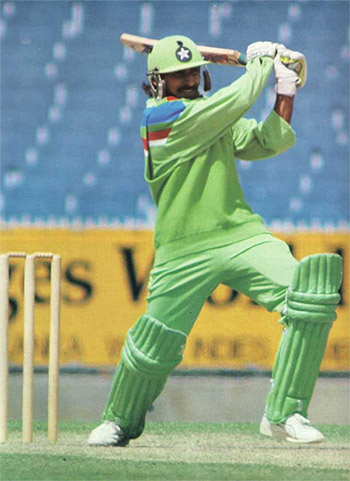 You see, by the beginning of March, Pakistan were in danger of being eliminated from the top 4 of a round robin format of nine teams, among them the last minute added South Africans.

The month started with some bad and then some good news. On the 1st of March Pakistan were playing England at Adelaide and were bowled out for 74 in the 41st over! It was an overcast day and England naturally out in Pakistan after they won the toss as it were typical English conditions for English seamers.

Only Salim Malik (17) had reached double figures when he was the seventh wicket to fall at 42. After that Wasim Haider (never to be heard of again after that World Cup just as no one knew him before) and Mushtaq Ahmed reached double figures. Such was the domination of English bowlers that swing bowler Derek Pringle had figures of 8.5-5-8-3! The good news came when the match had to be abandoned due to rain with England 24-1 in 8 overs and the points were shared 1-1.

Three days later Pakistan took on India, playing them for the first time in World Cup history. It was poor showing by India after a start of 86-1 as they were restricted to 216-7. And at 105-2 Aamer Sohail (62) and Javed Miandad had lifted them from two down at 17. But once Aamer fell at that score and Javed’s departure for 40 made it 141-7Pakistan folded for 173 in the 49th over.

Pakistan were now floundering and appeared that they would be able to beat only lowly ranked Zimbabwe and Sri Lanka in the tournament. Four days later they played the next game against South Africa whom they were playing for the first time in their history as the Springboks were returning from an Apartheid caused hibernation. It was to be more or less the same story though Pakistan were in a winning position at one stage. Chasing South Africa’s 211-7 in 49 overs Pakistan were 135-2 until Inzamam was run out as wickets were sent cascading by a flying Jonty Rhodes running in from point. Rain also intervened bringing the total down by 18 runs but then 13 overs were reduced and the Pakistani batsmen ended up with the same total as against India to lose by a mere 20 runs.

From here on Pakistan had to win every game to reach the last 4. And they made a great start to that stretch with Imran coining his ‘cornered tigers’ slogan and going out to toss wearing a white T-shirt with  bowling out Australia to 172 after they were at one stage they were 116-2. Pakistan had earlier put up only 220 thanks to Aamer Sohail’s 76.

Half centuries from Javed Miandad and Salim Malik got them past Sri Lanka’s score of 212 with 4 wickets and 5 balls in hand but the do or die game beckoned against co-hosts New Zealand. Pakistan would now be playing for the first time in New Zealand which had different climatic conditions. It meant readjusting but Pakistan also decided to play more spin against the team that was unbeaten till that stage. The result was that Pakistan romped home comfortable by 7 wickets after bowling out the hosts for 166 who were 106-8 at one stage as Wasim Akram took 4 wickets. Pakistan’s batting hero was Ramiz Raja with a stoic hundred after Pakistan were in trouble at 9-2.

It was now the eliminator stage and come 21st March Pakistan walked onto the Eden Park field. It was the game where Inzamam finally came through amid one of the greatest chases in cricket history.

Now it all depended on whether Australia would defeat West Indies for Pakistan to squeeze into the last four at the expense of the Calypsos. New Zealand, South Africa and England had already qualified. As it was one Brian Lara was left in tears as West Indies folded up to go out of the tournament and Pakistan were through on better run rate.

It was now the eliminator stage and come 21st March Pakistan walked onto the Eden Park field. It was the game where Inzamam finally came through amid one of the greatest chases in cricket history. A target of 263 looked not just extremely challenging but on home ground the stress of chasing it would be even more. 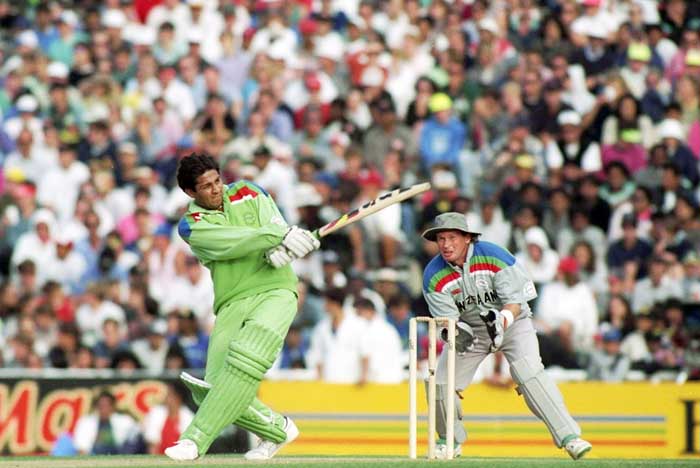 Realizing it to be so Imran Khan himself walked in at No.3 once Aamer Sohail was out with the score on 30. With Ramiz (44) he added 54 and only when he went for also 44 that Pakistan felt nervous.  But by then he had added another 50 runs with the enduring Javed Miandad and though Salim Malik came and went but the swashbuckling knock of 60 in just 37 balls brought Pakistan back in the game. His and Wasim Akram’s wicket though once again put Pakistan under pressure but a six over long off by Moin took away the entire pressure. Pakistan were home with an over to spare with Miandad unbeaten on 57 having anchored the chase.

For the first time Pakistan were in the final of the World Cup facing England who were there for the third time and yet to win. The hunger was there from both sides therefore. Yet that fateful day was to tilt toward Pakistan and after Inzamam had played another stunner and Miandad and Imran had once again got fifties to anchor the innings after a poor start, Pakistan had put on a target of 250.

The Englishmen seemed set at 141-4 but then came those two balls that will live till infamy. Wasim bowling around the wicket got one to swerve into Lamb but after pitching took off stump. And then Lewis had to clue to a ball that must have seemed an aberration to him as it cut in at ferocious pace from well outside off stump to bowl him. It was clearly the night for Pakistani bowlers as Wasim Akram and Mushtaq took 3 each, Aaqib two and Imran took his only wicket off the final ball of his career.

Pakistan had bowled out England in the last over with 18 still to get. A World Cup would remain an elusive trophy for them as Gooch and his team watched Imran lift the Waterford Crystal trophy. As Imran said on the podium that at the twilight of his career he had lifted the Word Cup.

For Pakistan it was a new dawn as they celebrated through the night. They had won the World Cup against all odds. The cornered tigers had feasted on the hunters. And cricket in Pakistan would never be the same again as the baton passed from Imran to a new generation. And it all happened this month 27 years ago.

No need to answer Cook’s attack on Amir