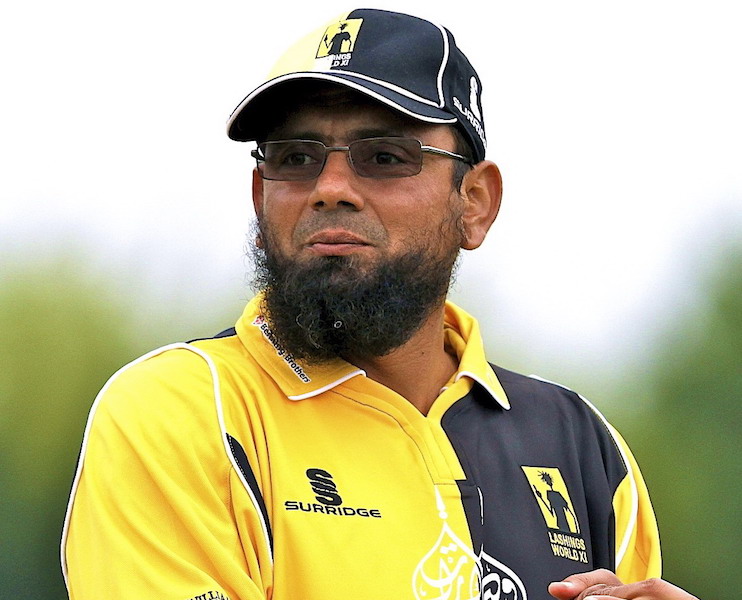 In recent times this topic is discussed and debated quite often: is coaching against your own country is wrong? Does that tantamount to – in extreme reaction — treason?

Former Pakistan spinner Saqlain Mushtaq, widely recognized as inventor of “doosra (the ball which turns the other way than a normal off-break), is coaching England spinners how to bowl spin against Pakistan and helping their batsmen on how to counter spin. The deal is only for the Old Trafford Test and could open door for more of such assignment for the former off-spinner in near future when England tour Bangladesh – security permitting – and India.

Sports, nowadays, have many such examples. The introduction of professional and hi-tech coaching has made it science. The demands are high, the perks astronomical. With professionalism every individual has the right to ply his trade, to pass his knowledge in return for fee and there is nothing wrong in it.

The Beijing Olympics saw US coach Mike Bastian coach the Chinese softball team. With US-China relations on flash points on more occasion than one it was seen as a “great offense” but Bastian reasoned that “it was an attempt to grow the game in China and make them compatible to US.” But when Japan’s Masayo Imura helped China win the bronze in synchronized swimming in the same Olympics he was labelled as “traitor” by Japanese fans.

A riled Imura retorted: “Treason is when you are putting your nation to threat.  Coaching a foreign team and remaining loyal to their own team may be compatible.  Patriotism is permissible and desirable and not mandatory.”

So what happens, if, God forbid, England’s leg-spinner Adil Rasheed outsmart Yasir Shah and help England level the series. May be quite a few fans blame it on Saqlain.

Saqlain is open to coaching and sees nothing wrong in helping England. More so, he has not been involved in Pakistan cricket other than a brief stint to help remodel Saeed Ajmal’s bowling action called into question in 2014.

“To be honest, I always try to think of it as a game,” Saqlain told sportsmail in UK. ‘Trevor Bayliss (England current coach) has coached against Australia, and Mickey Arthur – Pakistan’s coach – will have to coach against South Africa (in future).”

Bayliss, though, was involved with Australia for some time but spent a “cooling period” before helping England regain the Ashes in 2015. The same happened with Paul Farbrace who was in charge of Sri Lanka and then switched to his native England to plot Sri Lanka’s downfall.

Former Sri Lankan captain Mahela Jayawardene helping England batsmen on how to counter spin was criticized by then SLC president Sumathipala who demanded cooling off period” of at least 24 months, before Sri Lanka players joined opposition sides in a coaching or advisory role.

But Mahela, being Mehela, wise and astute, hit back.

“My role with England was to help develop their cricketers, and to help with how they should approach different challenges – like playing spin,” Jayawardene had said.

“The pools hadn’t been decided when I agreed to do it. England didn’t hire me to give information on the Sri Lankan team. They have analysts and coaches to do that. I’m quite disappointed to see those comments from the board, to be fair.”

Sri Lanka’s two other stalwarts – spin wizard Muthiah Muralitharan and Thilan Samaraweera – are also involved in helping Australia prepare for the tour of Sri Lanka, with the offie on tour while the batsman in Brisbane to help batsmen counter spinning conditions.

Called a “chucker” by Australians, Muralitharan’s involvement has irked the Sri Lankans in more ways than once but the legendary spinner with 800 Test and 534 one-day wickets – both world record – hits back.

“The last time I played for Sri Lanka, it’s been more than six years now and I’m not involved in Sri Lankan cricket at all because there are (other) people who are involved,” Muralitharan was quoted as saying by the Cricket Australia website.

Pakistan Cricket Board has nothing to say on Saqlain’s involvement with England but fans have taken to social media, criticizing the timing of his involvement.

But will Saqlain’s help bear results. If it does then he will get more such assignments but will lose many friends in his country of birth.