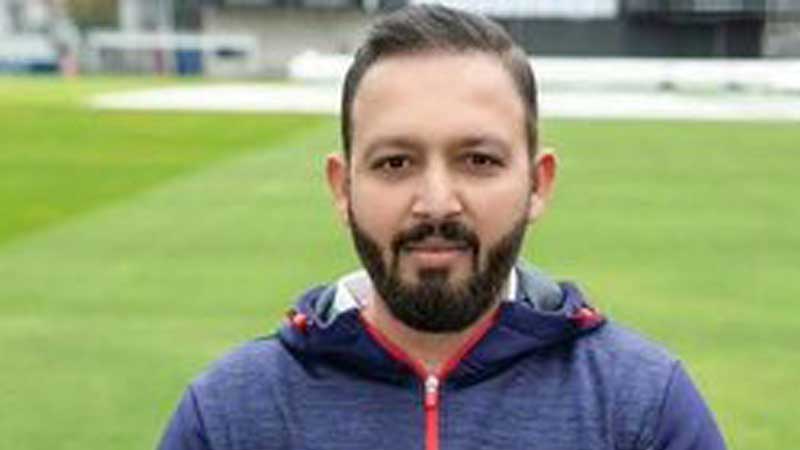 KARACHI: Former Test cricketer from Pakistan and a highly qualified coach, Atiq-uz-Zaman has been offered a key coaching role at Cayman Islands.

As per the information available with this correspondent, Atiq has been offered the dual position of the head of development programme and Head Coach of the National cricket team.

Atiq, the former wicketkeeper batsman, confirmed about the offer however said that he had not taken the final call as yet.

“I have not yet decided if I am taking this role as I need an approval from the family”, Atiq-uz-Zaman told this correspondent.

Atiq, settled in England, has a Masters Degree in sports coaching, regarded as the top degree. Last year he was with Lancashire Women as the first Pakiatani to be a County head coach. Atiq was also the head coach of County’s boys U19 outfit which won the championship in two seasons consecutively.

Atiq-uz-Zaman, 44, played one Test and three one day international matches for Pakistan before shifting to England to pursue a career in Cricket coaching.

The former wicket-keeper batsman has also worked with a first-class outfit in Pakistan along with a franchise in the Pakistan Super League.

As per the information on Wikipedia, the Cayman Islands comprises the three islands of Grand Cayman, Cayman Brac and Little Cayman, which are located to the south of Cuba and northeast of Honduras, between Jamaica and Mexico’s Yucatán Peninsula. The capital city is George Town, situated on Grand Cayman, the most populous of the three islands.

Sarfraz the hero as Pakistan squeeze into Champions Trophy semis