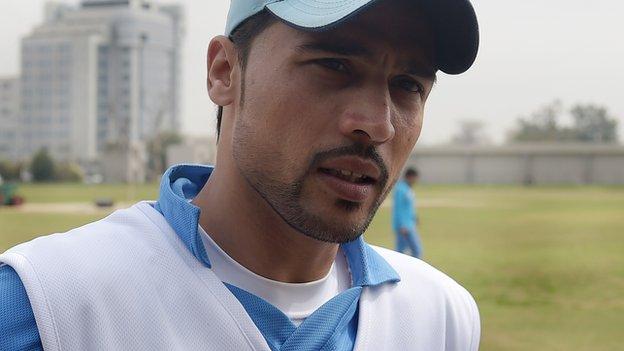 “Pakistan Cricket Board has been officially informed that the UK Government has approved the Visa for Mohammad Amir.”

Great news for Pakistan cricket as we all know how talented he is and will be very dangerous in English conditions as he swings the ball both ways.

Now Mohammad Amir is all set to return England after six years.  He is so fortunately that he gets the chance to rise again after that tragic spot-fixing incident which was happened at Lords in 2010.

Mohammad Amir has already made his comeback in Pakistan team both in ODIs and T20 Internationals but yet to make his mark again in Tests. How fortunate he is as he will get the chance to become the hero again especially in front of same crowd and against same opposition. And bowling in English conditions ‘icing on the cake’ for Amir.

But on the other hand he will be under huge pressure, first he has the pressure to perform and the other side to face the English Media which I think they already done his homework against Amir. They will test his temperament with tricky questions for that the senior players and PCB media representatives has to pro-active and help him out.

On 29 August 2010, he was implicated in allegations of spot-fixing and was given a five-year ban for allegedly bowling two-deliberate no-balls, On 29 January 2015, it was announced that Amir would be allowed an early return to domestic cricket despite his original ban being due to expire on 2 September 2015. He returned to play for Pakistan on their tour of New Zealand in 2016.