He looked more like a pop star out of the swinging sixties hippy generation. His demeanor was casual, body lithe and lanky, topped with a gorgeous mane, a “now you see me now you don’t” beard, hazy eyes with a lost look and he looked distinctly misplaced when he walked on to the cricket field.

In terms of Test batting averages achieved against that fabled West Indian terror bowling attack, Raja’s figure of 57 plus runs per innings is the second highest only behind Australian skipper Greg Chappell. And we are talking a 15 years period from 1975 to 1990

He carried an aura of not belonging to the most organized yet complex and statistics hungry game known to mankind. Yet whatever he did on the field oozed class, natural talent and real passion for the game. Wasim Hasan Raja was one of his kind, a stylist full of flamboyance, a crowd pleaser, a rebel in a team full of headstrong characters and capable of sending a frenzy among spectators with his exhilarating stroke play. For purists and radicals alike his batting was an intoxicating experience. 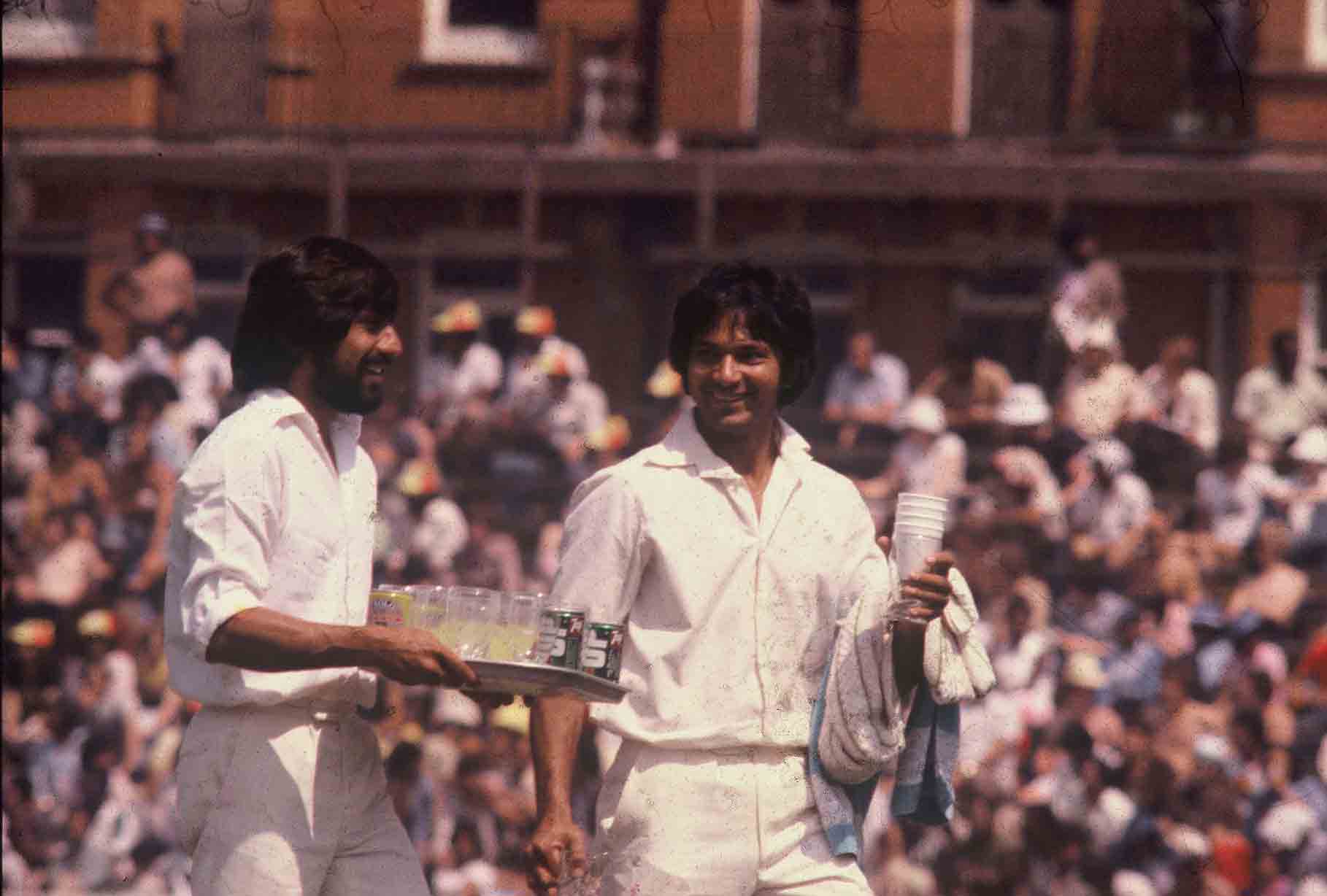 Raja was at his mercurial best against toughest of the opponents – Clive Lloyd’s fearsome team of the seventies and eighties which blew away most of its opponents like a hurricane. Lloyd’s four men killer squad, all bowled in excess of 90 mph and with protective gear not yet in vogue and on top of it no restrictions on number of bouncers per over made up perhaps the most menacing, awe-inspiring and fearsome attack ever to grace the cricketing greens and Wasim Raja was among the their top three adversaries from around the globe.

In terms of Test batting averages achieved against that fabled West Indian terror bowling attack, Raja’s figure of 57 plus runs per innings is the second highest only behind Australian skipper Greg Chappell. And we are talking a 15 years period from 1975 to 1990.

Abdul Hafeez Kardar, the then head of BCCP as Pakistan’s Cricket Board was known in the seventies had a great eye for spotting cricket talent. He not only picked Wasim Raja from the Under-19 circuit to represent Pakistan’s youth squad but also had the belief in the young leftie to make him the Under–19 captain. 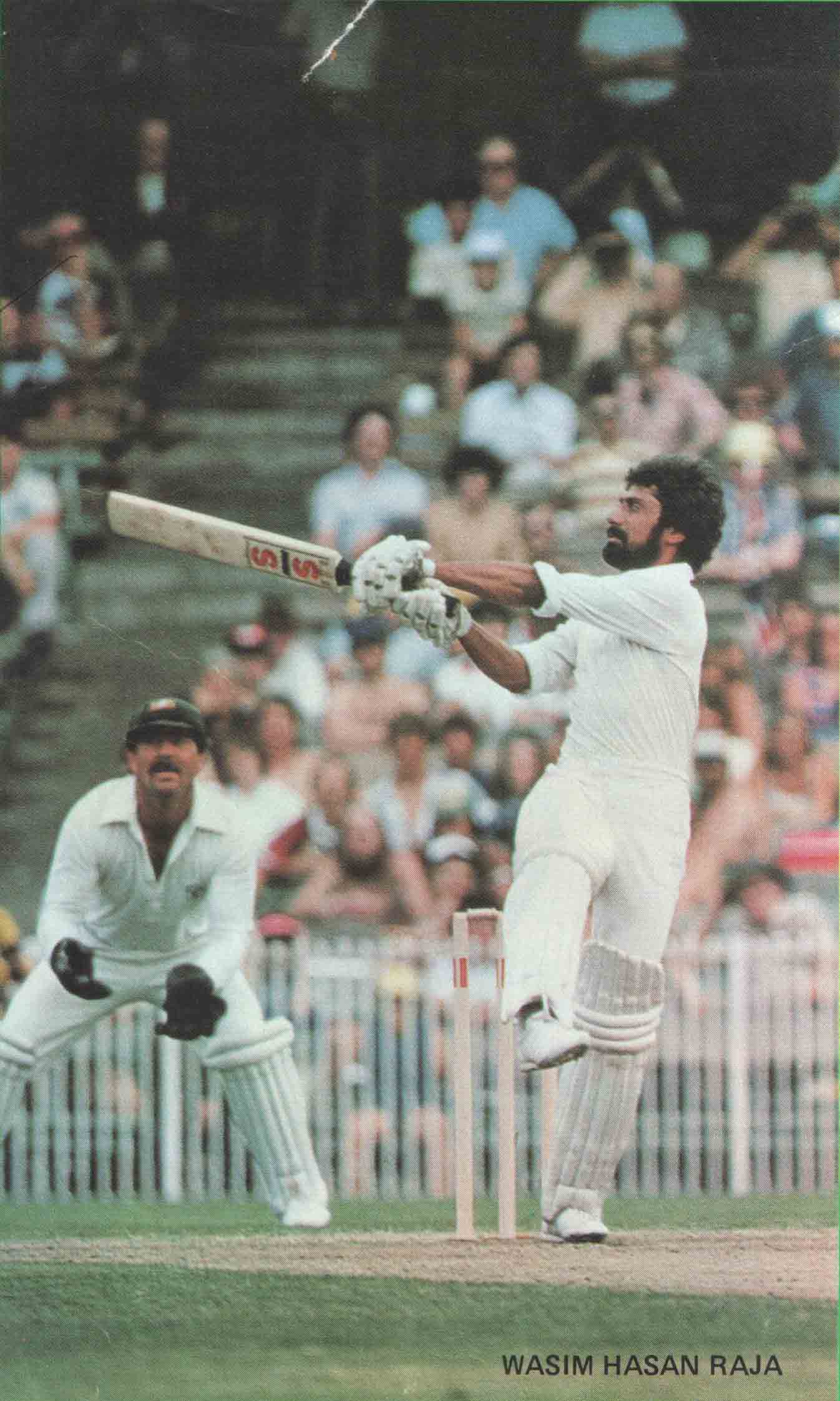 In less than two years based more on his potential and in true tradition of Pakistan cricket, Raja was fast tracked to the senior side for the tour of Australia and New Zealand for the 1972-73 tour. To break into a side comprising Zaheer Abbas, Majid Khan, Saeed Ahmed, Asif Iqbal, Mushtaq and Sadiq Mohammad was no mean achievement.

Departure of two batting stalwarts Saaed Ahmed and Mohammad Ilyas for disciplinary reasons at the end of the Australian leg of tour elevated Raja into the playing eleven. After a lukewarm introduction to international cricket in New Zealand, Raja first exhibited his class on the 1974 tour of England. The occasion could not have been more intimidating.

First tour of England, Lord’s cricket ground, an uncovered wicket converted into a sticky dog by intermittent rain showers and England had “Deadly” Derek Underwood in their line-up. In the first innings Raja was only one of the three Pakistani batsmen who reached double figures and was dismissed by an astonishing boundary line catch by Tony Greig.

In the second innings Raja partnered Mushtaq in a 115 runs partnership with Underwood making the ball go crazy. The moment Raja was dismissed after notching up his first Test match half century, the last six wickets crumbled for mere 34 runs. In the end rain gods saved Pakistan by wiping out the final day.

Starting the series with an unbeaten ton and leading a last wicket rearguard along with keeper Bari in a resolute 133 runs epic, Raja was unstoppable. The combined might of Andy Roberts, Joel Garner and Colin Croft with side-kicks like Bernard Julien could not stop Raja from amassing 517 runs laced with 14 sixes, still a record for an away Test series

Then came the first encounter against his favorite team the West Indies. Black thunder’s visit to Pakistan in 1975 was first tour of Clive Lloyd as captain and included a new spearhead from Antigua called Andy Roberts. Wasim Raja was in his elements and hammered his first Test century in Karachi’s second Test match. Hello West Indies! Here is your nemesis for the years to come.

Fast forward to 1977 when somehow Raja found himself relegated behind two young batters JavedMiandad and HaroonRasheed in order of preference for a place in the playing eleven on the Australia-West Indian trip. This hurt him bad and once he got the chance owing to an injury sustained by Zaheer playing beach football, Raja made the West Indians suffer for it.

Starting the series with an unbeaten ton and leading a last wicket rearguard along with keeper Bari in a resolute 133 runs epic, Raja was unstoppable. The combined might of Andy Roberts, Joel Garner and Colin Croft with side-kicks like Bernard Julien could not stop Raja from amassing 517 runs laced with 14 sixes, still a record for an away Test series.

Then facing a very average English side in the next two Test series, Raja’s form dwindled and he made one of his many temporary exits from the side. Mood swings or lack of challenge perhaps made him perform lower than expectations and he had to wait for the next tough assignment to prove his mettle.

After trouncing India on batting featherbeds in Pakistan, the team went to India with a severe superiority complex to play a return series. Six Test matches later, with the series lost 2-0, skipper Asif Iqbal resigned and almost all the players returned with image tarnished except for Wasim Raja, who scored 450 runs including two scores in nineties. 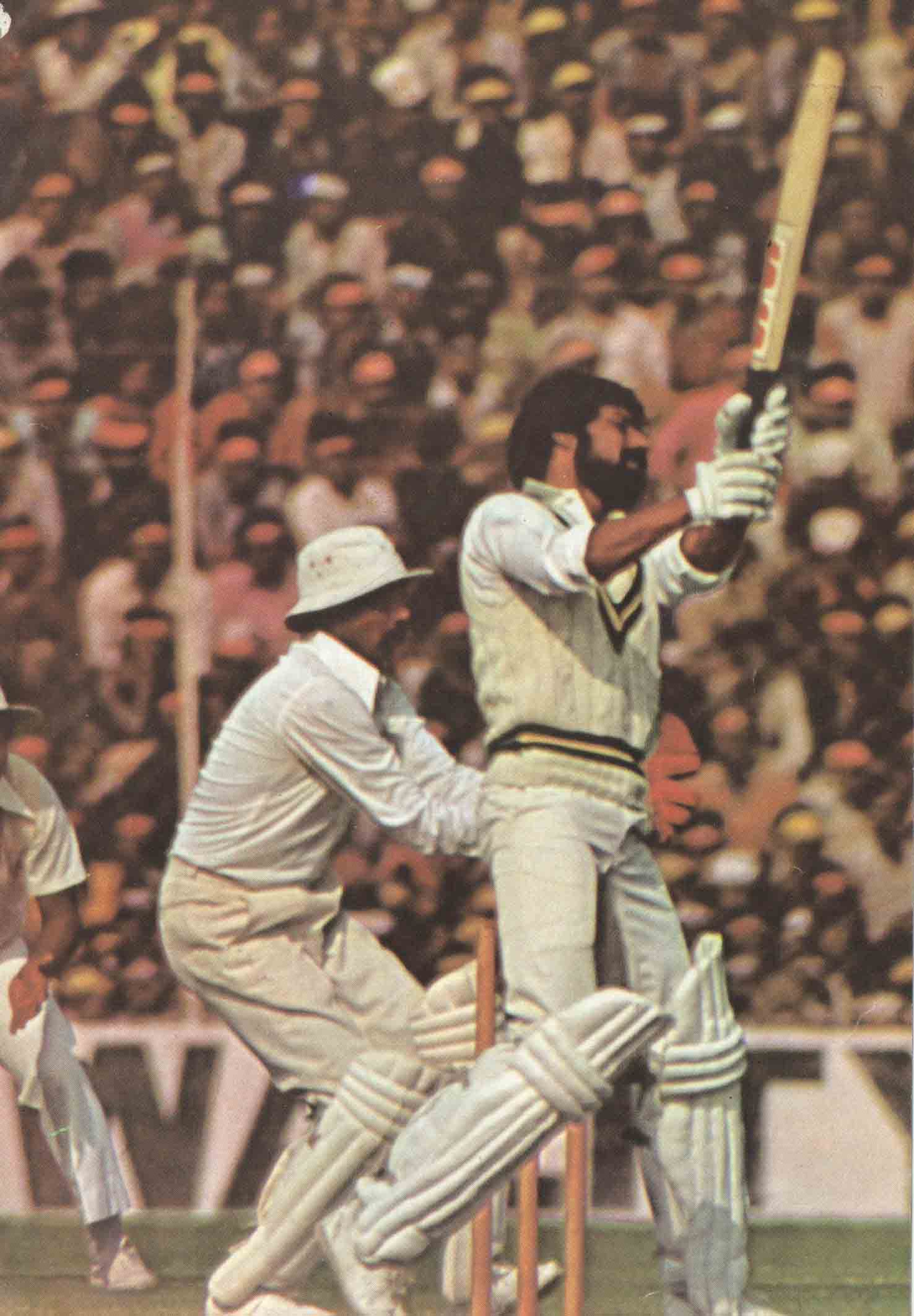 The same hide and seek formed the pattern of this gifted player’s career, who excelled again against the West Indian feared attack and on Indian square turners and having modest returns against all other sides. Like a classic which remained unfinished Raja’s promise remained unfulfilled. Compared to Wasim his younger brother Ramiz was a conformist in every respect. If Wasim Raja weaved a dream using his bat, Ramiz used his peace of willow like a workman’s tool. Wasim was a rebel and always challenged authority whereas Rameez was always prim and proper.

In addition to his mercurial batting Raja mastered the most difficult art of leg spin and googly bowling and was regarded as a partnership breaker. His dismissal of Derek Murray and Andy Roberts in the Port-of-Spain win in 1977 paved way for Pakistan’s win after the duo frustrated the regular bowlers with a staunch partnership. As a cover fielder Raja was electric and along with JavedMiandad rated among the best fielders of his era in Pakistan.

Wasim Hasan Raja had brief spells as coach of Pakistan’s side in 1999 and also as ICC’s match referee however positions of authority never were his domain or style. He was more of a laid back Geography teacher which was his last professional engagement in England where he settled with his British origin wife.

Then one fateful day he passed away at comparatively young age of 54 and that too on a cricketing green while playing for Surrey’s over-50 team. Suffered a heart attack while fielding and was gone suddenly, unexpectedly and unwarranted.