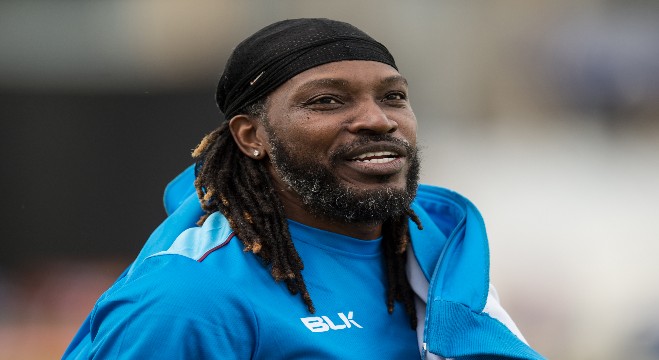 All performers long to have a heroic and memorable swansong. To ride into the far away horizon like a knight in the shining armor. To be remembered as the ultimate victor.

This inherent human desire has stretched many a career in every walk of life beyond its natural culmination. This phenomenon becomes more pronounced in the fields of entertainment and sports where public adulation elevates your ego to cloud nine.

One just becomes blinded to the writing on the wall. Then comes the proverbial reality check. When the pipe dreams finally concede to the realization about fickleness of public fame. When your hopes for last one hurrah are dashed. Hearts are broken and careers fizzle out in agony more than glory.

Javed Miandad’s run out dismissal in the quarter final of the 1996 World Cup is one such brutal example. Javed got selected only in that squad only for emotional reasons and struggled throughout till his unceremonious and sad exit.

The recently concluded World Cup tournament saw many young stars shine much brighter than their luminous potential and at the same event we saw steep fall from the grace of big names who were supposed set the English grounds aflame. Reputations built over years went in a spiral in a small matter of six weeks.

The mega flops of the 2019 competition can be categorized in two broad categories. The first cadre includes players who are still relatively young and have time on their side to stage comebacks.

The second group is less likely to return on cricketing greens and can only hope to strike back as cricket’s version of Hollywood saga “The Expendables”.

To make a playing eleven out of these cricketing equivalents of Stallone and Schwarzenegger is not a five finger exercise as even here the competition for places is really tough.

To open the innings for our cricketing Expendables is the self-proclaimed “Universe Boss” Chris Gayle who ended the tournament more like “Universe Loss”. Gayle was unable to replicate his T20 leagues’ success in the World Cup when it was actually needed by the West Indian side.

The competition started and ended with a win for the West Indies side but in between these two victories there were seven straight losses banishing them to 9th position among the ten participating teams. Yes Gayle did notch up a couple of fifties but missed out in all critical matches putting pressure on his young batting buddies.

To partner Gayle at the top of the order, there was a tie between Hashim Amla and Martin Guptill. Both these players are legends in their own right but failed abysmally in the World Cup. Guptill though contributed to New Zealand’s glorious run with his electric fielding and thus manages to sneak out of this eleven and pushes Amla to open in this unenviable team of failures.

In Amla’s case even his initial selection in the South African squad for this particular event was more of an emotional decision by the selectors who chose to ignore the form and a very strong claim of Reeza Hendricks to accommodate Amla.

Thirty six is an advanced age by Australian standards and hence the chances of Shaun Marsh staging a white ball comeback are pretty remote. His two brief outings in the competition before his injury sidelined Marsh were unimpressive to say the least and earned him the one down spot in our banana eleven.

To follow Shaun Marsh there is another selection where heart ruled over the head. Its South Africa’s JP Duminy whose best cricket days are over for last many years and yet he keeps finding a place in the Proteas squad arguably on the basis of some diversity quota.

It is good to have a diverse team representing a country decorated with colors of diversity but even with this criterion in place there were better and in-form options available than poor JP who mercifully announced his permanent exit at the end of the tournament.

Even the diminutive Test match star Temba Bavuma would have made better bet then JP. While South Africa were struggling to stay afloat in the World Cup, Bavuma was busy reeling of centuries in the English County Championship for Northamptonshire.

Three all-rounders with lofty reputations and even higher expectations prior to the World Cup follow in the batting order of our team of aging and misfiring elites. Shoaib Malik of Pakistan, Andre Russell of the West Indies and Thisara Perera of Sri Lanka all came into the World Cup as supposed mainstays of the middle order and yet their twelve combined innings yielded a meagre tally of 105 runs.

Mercifully Shoaib and Russell were ousted after three and four outings respectively due to differing reasons but Thisara Perera went on to play six games for Sri Lanka despite claiming only one wicket at the bowling crease.

All three gentlemen do command high value in the T20 leagues around the globe and yet were unable to adjust their game (and fitness in the case of Russell) to the ODI cricket requirements. They may still continue to blaze the turf in T20 leagues but any national cricket in longer formats is no longer a possibility.

For the wicket keeping duties there was a tough duel between Dinesh Karthik of India and Mohammad Shahzad of Afghanistan. Shahzad managed to nudge ahead for selection because Karthik made his two pitiful appearances as a batsman while Dhoni kept wickets for the Indian team. Shahzad got an early return ticket home as his fitness was deemed below the required level by the Afghan team management.

Funny as it may appear, Shahzad has been as fit or unfit entering into this tournament as he has been all his cricketing life. Once again we saw two T20 reputations add up to nothing on the big stage. Karthik can continue to earn millions of dollars in the IPL without having any realistic hope of making an Indian national comeback.

The new ball will be shared by two World Cup skippers of contrasting style and fame. On one hand we have the extremely popular and courageous Bangladeshi captain Mashrafe Murtaza who is held in the highest esteem by fans and team mates alike but was unfortunately unable to contribute his bit as a bowler and ended up with the worst bowling figures for the entire competition.

His solo wicket came at an expense of 361 runs. Partnering him with the new ball will be Afghanistan’s man-in-charge Gulbadin Naib whose atrocious decision making also qualifies him to lead our team of letdowns.

Only Gulbadin knows the wisdom behind choosing to bowl himself at the death against Pakistan when his spinners had thus far delivered the match on a platter to him. He was the first World Cup skipper to be removed from his pedestal and not likely to figure in any decision making role for Afghanistan cricket in the future.

The spinning slot goes to Jeffery Vandersay of Sri Lanka who came into the World Cup on a suspended sentence and did not bowl his full quota of overs in the only opportunity he got in the tournament. Any Pakistani fielder can do the 12th man duties for this team and can go about dropping catches anywhere in the field.

So in batting order our team of “Expendables” will look like:

This motley crew can be pitched against a team of players who too failed to deliver in the recent World Cup campaign but have hope, age and talent to actually make a strong come back in the not so distant future. This competing team of temporary setbacks should look like:

The match can be played at Bristol (rain allowing) and will definitely be officiated by two esteemed umpires Dharmasena and Erasmus without whose comic blunders the victory celebrations could have moved across the globe from London to Auckland.