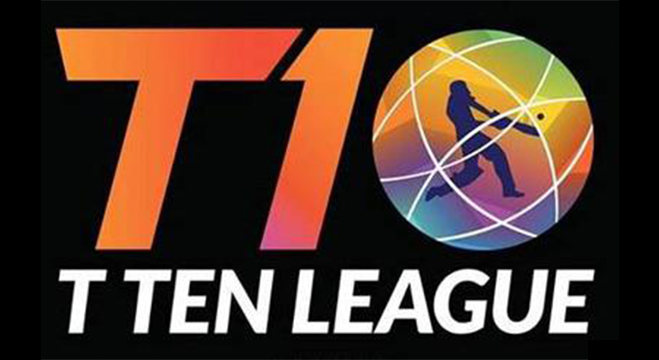 The T-10 league started on a wrong foot. There was negative publicity on how the league will be transparent, how the Pakistan players will get permission and how the idea will work.

But it all ended on a positive note. The league was so successful that a conservative England and Wales Cricket Board talked to the organizers and deliberated on their own “Hundred ball” cricket match idea. The lead was taken from T-10 league.

The players were happy as they gained enough from the league, not only honing their skills over rapid fire cricket but also earning good money in just four days.

The league owed a great deal to ARY group, its owner and the chairman of Karachi Kings — the second most expensive and most popular Pakistan Super League Franchise Karachi Kings — because he took the onus of getting the league to take off. The permission from the Pakistan Cricket Board to induct Pakistani players was only due to the Karachi Kings franchise, which irked other PSL franchises.

But it was for the good of the game, for Pakistan players to hone their Twenty20 skills and it worked. The negative campaign died down.

But with popularity comes negativity as it is human nature to cash on to a job done well. But with cricket under so much scrutiny and players under the radar of the International Cricket Council’s sleuths, the need for transparency and fairness increase. But not for the T-10 organizers who dissuaded from making the popular league.

Then came another jolt when the sponsors — the Heera group — were embroiled in an investigation in India over.

The Indian ministry of corporate affairs ordered inquiries in to 12 companies illegal money matters and the “Heera” group is one of them. But T-10 league chairman Shaji-Ul-Mulk is not ready to accept the news.

“The investigation in India is news to us. The Heera group are our sponsors. If there has been an allegation made against them, we will follow that,” a visibly upset Mulk told a press conference.

The press conference is the first since Salman Iqbal left the league in protest over not making the league transparent.

“I am resigning from my position of President T10 league and disassociating myself from all its operations,” Iqbal said in a statement issued to the media.

“The reason for my resignation is lack of transparency, unprofessionalism and no proper structure of the league which I have been persistently asking for and can no longer continue without the same.

“Private cricket leagues that are not controlled by ICC and have independent players monitoring system, added with lack of policies and procedures may lead to numerous misconducts. I had joined the venture as I felt the need to represent Pakistan in this new format and promote cricket and Pakistani cricketers at different platforms.”

Mulk is also not ready to accept that a change in the PCB set -up with Ehsan Mani replacing Najam Sethi will affect Pakistani players’ participation.

“Our relationship is at board level, and we do not see any challenges with the new set up,” Mulk said. “The league is an ICC sanctioned league, has the support of almost all the boards in the world – including the Pakistan Cricket Board. We have enjoyed that support and will continue doing so.”

Mulk also denied he has secretly transferred 51 percent of league’s shares to one of his cousins, Shafi and has also given one of the teams to Pervez Khan, a clear conflict of interest as Khan is also in the board of governors of the league.

The buck does not stop here.

Mulk has roped in disgraced Indian star Mohammad Azharuddin banned in match fixing in 2000. The BCCI has also banned Azhar from any cricket activity. That will further increase the notoriety of the league.

That all sums up to a “big no,” from the PCB. The International Cricket Council is also in the process of restricting all the member boards to have only one league and that is named after the country in its board meeting in Dubai early October.

That means Emirates can only have Emirates Cricket League, due to start in December for the first time this year.

The second edition of the T-10 league is set to run from November 23 to December 2. Prominent players like Rashid Khan, Chris Lynn, Brendon McCullum and Andre Russell with eight teams in the fray.

The Kiwis Gutted But Gracious