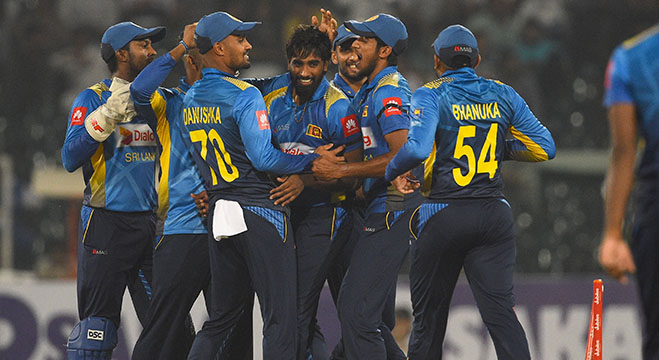 They came, they played and they tamed No-1 team on international T20 circuit. It is easy to say that we should be gracious in defeat but in reality it is hard to digest a shameful defeat at the hands of Rello Kateys.

However, we must appreciate them for visiting Pakistan and realizing us our weaknesses through their white wash 3-0. Kudos to Islanders!

Soon after losing three match series 2-0, Sarfraz Ahmed, a captain who has now become a liability, repeated aged old excuse, promoted by Ramiz Raja: “It was our bad day” and “Sri Lankan played well”. Purely on cricketing ground I don’t buy this excuse.

In good old days we used to hear from our elders ‘Cricket By Chance’ and that chance used to be occasional not frequent. But in the present day cricket we have made it a habit to say: “It was not our day” after losing any match.

Sarfraz’s captaincy and Misbah’s double role – Chief Coach + Chief Selector – have also come under severe criticism. Sarfraz’s fans on social media are drawing an unreasonable and childish comparison between his ODI wins against victories earned by Imran Khan in the limited version of the game
completely forgetting that Sarfraz is a pigmy who even can’t look upward to reach the stature of Imran Khan.

Look his performance in T20 series against Sri Lanka, He went for 24 runs when the asking rate was 11 after imposing a foolish run out to Iftikhan in a match. Both players were standing on the same end.

The height of non-professionalism! After playing a lot of domestic and international cricket our cricketers are still naïve to understand whose’ call it is.

I watched the last Ttwenty in the Gaddafi Stadium and I must say that Sarfraz has lost confidence of his team and his leaving captaincy of Sindh team during the ongoing National Ttwenty Tournament in Faisalabad, is a vivid reflection of his frustration.

He turned out to be a frustrated and exhausted cricketer who has left nothing in his bag to offer and claim leadership of the team. Sarfraz has been letting us down quite frequently; his keeping has been below average and batting has been disappointing. Keeping his recent form in mind, he doesn’t deserve a place in team, what to talk about leading the Greenshirter.

Former loudmouth Indian opener Gotham Gambir has rightly said about Sarfraz. “If you want to know the quality of cricket in Pakistan and India, you must know that Pakistan skipper Sarfraz will not even be selected in a Ranji Trophy team.

The spineless management of PCB that always succumbs before the pressure of a powerful lobby must ponder upon Gambir’s warning.
The PCB shouldn’t hide itself behind lame excuse as who would replace Sarfraz. There are some who can fill the gap but you need to take a bold decision!

Coming to Mr. Cool. Soon after conceding a 3-0 white wash, Misbah sought time to turn the present players into a winning team. Absurd! He doesn’t need time as he has remained with the same boys for long and he doesn’t need to start from scratch.

Ahmed Shehzad, Srafraz, Umer Akmal and Wahab Riaz all progressed under his captaincy. His first assignment was against a team comprising Rello Kattas but he failed an easy Test. This is because of his very cool and defensive mindset for which he has become a victim of criticism in the past.

It looks that he has learnt nothing over the years and is adamant to change his mindset. Mr. Chief Coach + Chief Selector your team couldn’t perform in home conditions against a B class Sri Lankan team. Australian conditions are very tough!

And what a painful come back of Misbah’s dream boys- Umar Akmal and Ahmad Shehzad! According to media reports Misbah was forced to include them in the team.

Misbah also looks weak in judging the ability of the national talent in the limited pool of upcoming cricketers. He is worried about the strike-rate of a talented cricketer Abid Ali to prove out of form Fakhar’s selection in the team. Mindboggling!

Misbah, who cares less about media criticism, must address to weaknesses in the fielding of the team which has remained very poor amid given international standard.

When team captain Sarfraz ridiculously claim that his drop catch didn’t affect the result of the match then what we can expect from other players. Misbah should immediately get rid of three seniors, who according to reports don’t respond, to maintain discipline in the team.

Let the others know that it’s all about. Misbah has the authority and he needs to be blunt instead of being double minded. His job is to bring some kind of standard and consistency to the system of selection and give us results. He is one of the rare educated cricketers who represented Pakistan
in international cricket in recent past. He has been dealing with the same bunch of players for last few years.

How long it will take for him to learn and handle affairs off the field? Particularly, he disappointed his fans with his ridiculous answer: “Right handers have started playing with left hand”. He was posed a serious question and he answered poorly. Perhaps pressure of defeat was hard to sustain for his feeble shoulders – one Chief Coach and Chief Selector!

Mickey’s claims and expectation from him

Lack of Professionalism in PCB