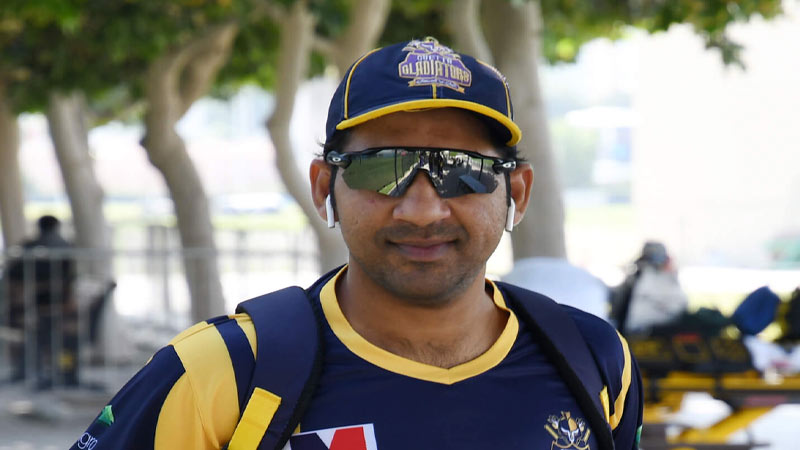 The decision was forthcoming, but not in this style of severance. Baffling, as it was, Pakistan Cricket Board Chairman Ehsan Mani took it upon himself to write the fate of incumbent all-three format Pakistan captain Sarfraz Ahmed.

No doubt, PCB chairman has the right to appoint or sack a captain. He can also change the squad but this was the first time that he not only announced the sacking of Sarfraz as captain of the Twenty20 and Test formats (ODI sacking implied) but also threw him out of both the squads.

The arbitrary and unjustified decision came three days before the squads for Australia tour were to be announced by chief selector-cum-head coach Misbah-ul-Haq.

It smacked of bias and defied justification.

Let’s discuss the stripping of Twenty20 captaincy first. Under Sarfraz Pakistan not only rose to world number one in Twenty20 rankings but also won nine series in a row.

Last year Pakistan won 17 of the 19 matches they played in the shortest format, a win ratio of 89.47. Only Afghanistan won seven of their seven matches but their cent percent record was because they mostly played Associate teams.

This year Pakistan started to lose but it was none of Sarfraz’s fault. Pakistan went down 2-1 against South Africa but Sarfraz was suspended for the series. Then they lost the one-off match against England and were shockingly blanked by a second string of Sri Lanka. Even in that loss Sarfraz was not the only one to be blamed.

New head coach Misbah-ul-Haq surprisingly recalled Umar Akmal and Ahmed Shehzad to disturb the team combination. Little wonder, it was against the wishes of the skipper who wanted a few newcomers to be tried.

In a shocking display of batting, Sarfraz was the top run-getter with 67 runs in three matches. Without a doubt, even that was not pardonable as you expect more from your captain. A match winning innings was missing but none of the top batsmen could get going.

On just one series loss, Sarfraz was made a scapegoat! The reason given was “lack of performance” from Sarfraz as if others had performed like Virat Kohli or Rohit Sharma. To put records straight, Sarfraz was fourth highest run scorer for Pakistan in Twenty20 last year with 354 runs in 14 innings and his strike rate of 145.08 was better even than Babar Azam’s 126.51.

Put aside personal performances, or the lack of it, Sarfraz gelled the team as a unit. How can that role be ignored? Here one can quote the example of West Indian Darren Sammy. It could be argued that an inspirational captain can play on if his team is winning and playing with unity, even if his own performance is dwindling.

Contrarily, if the captain is performing but his team is losing is neither acceptable. Sammy took four wickets and managed just 54 runs in the five innings. Despite being sidelined in the middle period, Sammy was brought back to lead the West Indies to another title in 2016 Twenty20 World Cup. This time Sammy’s performance (yardstick for the PCB) was minimal, just eight runs in three outings and a single wicket!

So were there other reasons to Sarfraz’s complete vanished? Arguably, ever since Ehsan Mani took over in the post government change in Pakistan, Sarfaraz’s crown was slipping. Sarfraz’s racial slur against Andile Phehlukwayo, which resulted in a four-match ban and withdrawing from the South Africa tour, was the first sign that Mani would replace him. The speculation were so noisy that the chairman had to come out in the media to denounce that nothing is changing.

“There should be no doubt that Sarfraz is the Pakistan cricket team’s captain. He will lead the team in the series against Australia and also in the World Cup,” the PCB chairman said on February 5. “I was always clear in my mind that Sarfraz would be the captain. Sarfraz has been an integral part of the Pakistan’s World Cup preparations. He has proved to be a good strategist, leader and performer.”

But things changed quickly. Three weeks later, out of the blue it was decided to rest Sarfraz from Pakistan’s five-match series against Australia, barely two months from the World Cup 2019! It defied logic as to how on earth you rest your captain, so close to a mega event? It was Sarfraz who had to devise a plan along with head coach Mickey Arthur.

Sarfraz pleaded that he wanted to be with the team so that he can still plan from outside, but pleas fell on deaf ears. He was left at home to be a forlorn figure and it was widely speculated, somewhat probable, that had the make-shift skipper Shoaib Malik won the series he would have led Pakistan in the World Cup.

Even after Pakistan’s 5-0 loss to Australia there were uncertainty over Sarfraz’s captaincy. It came to a stage when the PCB chairman had to put his arms around Sarfraz and announce, “Sarfraz will be our captain until the World Cup.”

But all the onus cannot be put on one man. It is widely speculated that PM Imran Khan was also behind Sarfraz’s sacking! Those close to the PM and expert in flattery are believed to have filled PM’s ears on how Sarfraz did not comply his orders to bat first in the needle game against arch-rivals India in the World Cup.

Imran, an astute captain himself, had advised through a tweet that Pakistan must bat first in the pressure match against India but wet conditions and forecast of rain prompted the captain and the team management (primarily Mickey and Inzamam) to field first.

But does the PM have time to think on cricketing matters with his plate so full of big issues, like agitation from the opposition, drive against corruption, fledgling economy and Kashmir issue?

The D-day came a day before the announcement. That fine morning PCB chief executive Wasim Khan, after taking notice of Sarfraz relinquishing Sindh’s captaincy in the National Twenty20 over shabby treatment by Faisalabad media (who resorted to personal questions despite being advised to stick to National T20), drove to Faisalabad (venue of National T20) to offer Sarfraz to step down from captaincy. That was unheard of in Pakistan, but maybe common in England. No surprises there, Sarfaraz refused and put the ball in PCB’s court.

Not to be partisan or one-sided, it is necessary to point out what mistakes Sarfraz has committed in the process since being elevated as captain in 2017.

There were murmurs that Sarfraz was burdened with captaincy of all three formats. Wise, it would have been to relief him of Test captaincy as ever since Mis-You (retirement of Misbah and Younis Khan) Pakistan had lost two of the three series in their stronghold, United Arab Emirates. That amplified the assertion that Sarfaraz was unable to lift the Test team albeit the big vacuum of Misbah and Younis had weakened the team tellingly.

Sure, post-MisYou would’ve been tough on any captain but losing two out of three series in the UAE immediately after Misbah and Younis hanged their boots was not forgivable. Pakistan had not lost any of the nine series in seven years by then. This was the post Champions Trophy era when Sarfraz’s stakes were soaring. Pakistan had beaten arch rivals India to win the Champions Trophy, for the first time. But that was the phase, and former bowling coach Azhar Mahmood can vouch for that, when Sarfraz allowed Mickey to run the show all by himself.

Pakistan’s winning recipe in UAE was no secret. They were used to play two spinners and were unbeatable until Mickey decided, and Sarfraz surprisingly backed it, to play with one spinner in Yasir Shah while Sri Lanka had Herath, Sandakan and Dilruwan Perera. Pakistan lost to Sri Lanka in Abu Dhabi.

On hindsight, Mickey admitted Pakistan erred by not playing a second spinner but repeated the mistake in the second Test as well. As they say, blame has to be shared between coach and the captain, Sarfraz was also at fault.

His wicket-keeping also suffered in the aftermath of poor selection.

Sarfraz’s captaincy in the ODIs was also not up to the mark. Pakistan’s top performers in the Champions Trophy – Fakhar Zaman, Hasan Ali, Shadab Khan and Faheem Ashraf – were miserably going down but it was not addressed.

Pakistan lacked that firepower in the World Cup. While Faheem was discarded, the other three had a miserable World Cup. Sarfraz also managed just 143 runs in nine outings with only nine boundaries. He got a lifetime chance to leave an impression and his legacy on two occasions: against Australia and then versus Afghanistan. Had Sarfraz won Pakistan the two matches he would have had no adversaries and would have been leading Pakistan in all formats.

That did not happen and Sarfraz was criticised for a lack of show as Pakistan failed to reach the semi-finals.

It would be a tough ask for Sarfraz to stage a comeback, just like Kamran Akmal. In the post shocking removal from the squads, Sarfraz is a broken man. He is a shadow of himself, not being able to lead Sindh in the Quaid-e-Azam trophy properly nor is he scoring runs. He admitted to his close ones that all the scenes of his sacking are fleeting before him.

There is an old saying on comeback and it aptly suits to everyone, be a sports person, politician or a professional of any field.

“There’s nothing as exciting as a comeback – seeing someone with dreams, watching them fail, and then getting a second chance. I’m a comeback waiting to happen. No one deserves it more than I do. Comebacks don’t seem likely when your back is up against the wall and your hope is depleted. That is where your character is judged.”

Sarfraz will have to show that character, or else he will be remembered as former captain from now on!

The rise of Afghan Cricket