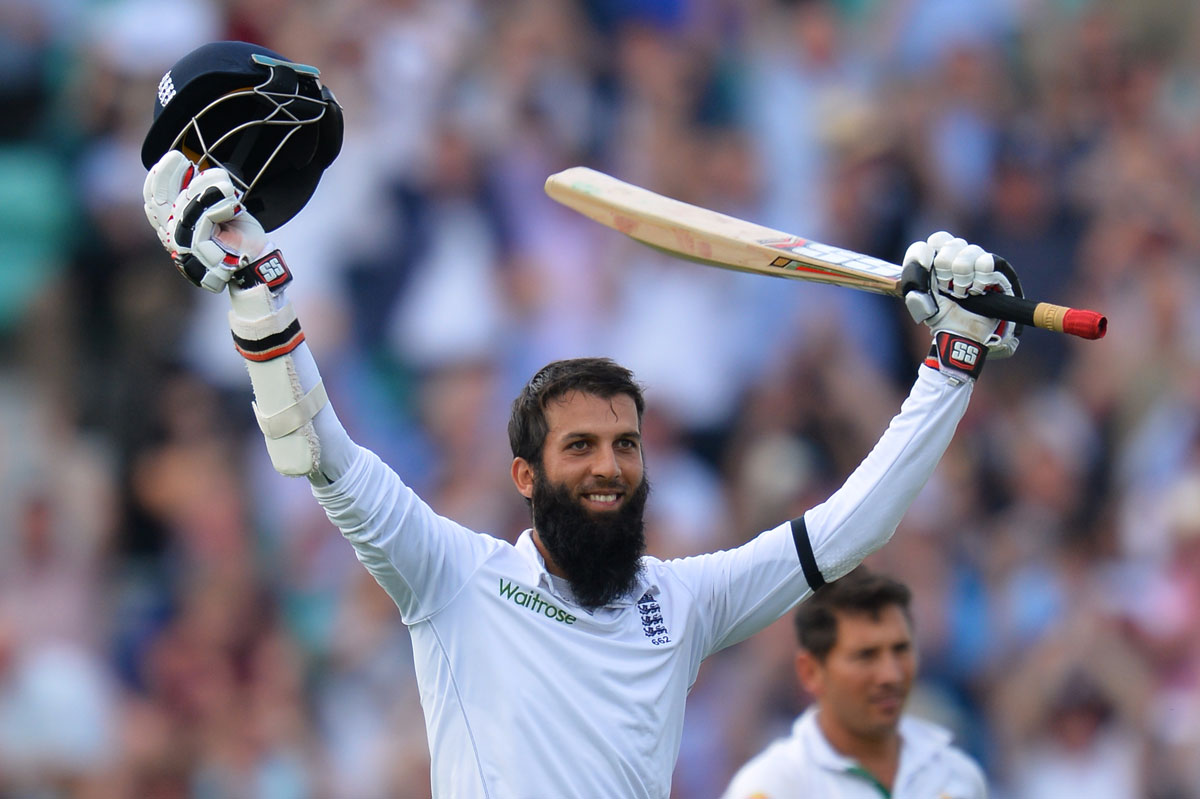 Pakistan once again let go a chance of dominating the fourth and final Test at The Oval, spoiling chances in their efforts to level the series with some sloppy fielding and defensive tactics.

From 110-5 England added 218 for the last five with Moeen Ali knocking a brilliant 152-ball 108 with 13 boundaries and two sixes — his second hundred of the season and third overall.

Under fading light, Pakistan lost the prized wicket of Sami Aslam (three) to complete another mixed day at 3-1 — some good bowling spoiled by sloppy fielding. Azhar Ali and nightwatchman Yasir Shah were unbeaten without scoring.

Pakistan’s only chance of winning the match lies in scoring big in the first innings.

Pakistan allowed the sixth and seventh wickets to add 172 invaluable runs — 93 for the sixth between Moeen Ali () and Jonny Bairstow (55) and 79 for the seventh between Moeen and Chris Woakes (45) with one no-ball and two drop catches by Azhar Ali.

The costliest of the lapse came before tea when Moeen was dropped on nine by Azhar off Mohammad Amir. The left-hander punished the tourists with his third-in-a-row half-century.

Moeen’s was an innings of highest quality and justified England’s confidence in him and amplified how important a left-hander can be in the middle order. Pakistan have been missing one since Asim Kamal bowed out in 2005.

He hoisted Yasir Shah for a huge six over deep mid-wicket, the ball ironically sailing over Iftikhar Ahmed, who dropped omne of the catches in the day. He was finally dismissed hooking Sohail Khan who finished with 5-68.

It has become an adage that when Pakistan field they will drop catches. Barring England’s first innings at Edgbaston where Pakistan held all the chances that came their way.

Debutant Iftikhar Ahmed was the first culprit. It was hard to understand why a newcomer was standing in the first slip, dropping a straightforward catch off Wahab Riaz when Cook was 34.

Azhar then let off two catches both off Moeen, once off Amir when he was batting on only nine and then off Yasir Shah four runs later.

To add salt to the wounds Bairstow was caught off one of many no-balls by Wahab Riaz. Bairstow on 13 made full use of the lapse and hit his sixth fifty of the season.