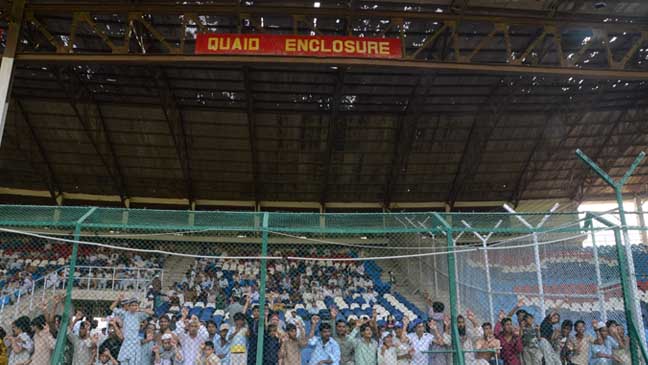 It is believed that he will discuss the arrangements of Pakistan Super League (PSL) matches in Karachi at Nation Stadium, scoreline.org learnt on Tuesday.

Sources in the PCB confirmed that Najam Sethi is reaching Karachi on Tuesday night, and the very next day he will meet chief minister Syed Murad Ali Shah to discuss the issues related to organizing the PSL matches in Karachi.

It is pertinent to note that PCB chairman Najam Sethi, faced SHARPcriticism on organizing all matches in Lahore regarding restoration of international cricket in Pakistan.

The PCB chairman was making accuses that foreign players did not want o play in Karachi. But his argument was not accepted in the cricket fraternity and he came under sharp criticism when political leadership and cricket fraternity raised objections, that why PCB is organizing all matches in Lahore, at the name of security.

The message will be gone wrong across the world that other parts of the country is not safe and only Lahore is the ideal place for the hosting international cricket matches. And the international matches in Lahore to be possible at the cost of huge amount of money.

Meanwhile, it is also learnt that National Stadium Karachi, which is in dilapidated condition and is being neglected since long as far as its development and construction work is concerned.

Sources said that construction and development work is likely to be started later this month or first week of November.  But the million dollar question is that how PCB manage the  Quaid-e-Azam Trophy matches and PSL matches at NSK, where so far development work could not be started.

PCB sources said that construction and development work would not effect as it would be carried out in two phases. The last phase will be completed after -PSL matches. But in first-class cricket circles, teams whom matches will be played NSK are doubtful that how their matches will be organized when development work would be started from next month.