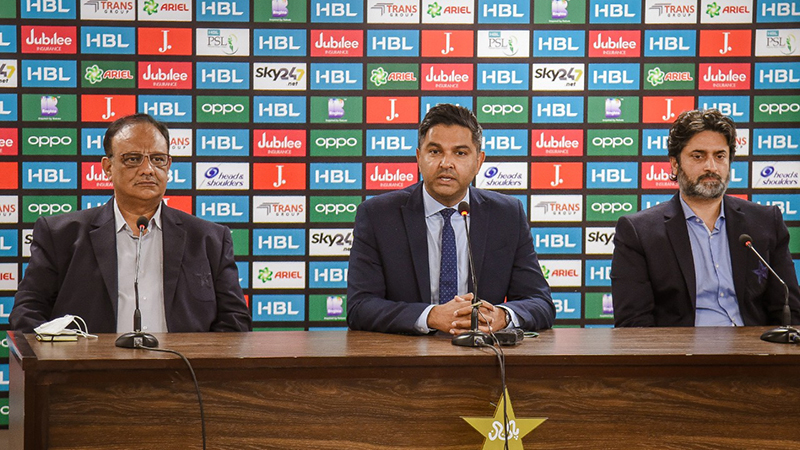 Historically and more prudently I shall state incumbent Pakistan Cricket Board management has completely been lacking self-consciousness. Not that everything they had tried doing was wrong. They did work incredibly attracting international cricket back to Pakistan. It’s not what they did was something out of the box or it had never been contemplated before, still managing to bring major teams back to our country was indeed heartening.

Nonetheless, as it seems, most of them I mean their hierarchy have been basing their work on promotions on social media and how their image and brand building was done engaging an army of beneficiaries and sycophants to protect them from pragmatic criticism.

They seemingly have created a cocoon around them living in a bubble listening only to what pleased them and also picking up people on personal likes and dislikes rather than to make commonsensical choices.

Furthermore, merit took second place and benefited those who were their own people. Worst they allowed things to happen under their nose regardless of unbiased advice and technical opinions. Not absolutely apt they didn’t focus on what was actually required to be done. They tried taking popular decisions and implemented most of their policies prematurely and half-cooked. I must say most of the people handpicked weren’t qualified to do what they were assigned to do.

Similarly, Pakistan Super League which has honestly become a brand and needed to be preserved was left to fresh university graduates to run it. Focus was on broadcasting, commentators, camera angles and self-service rather than to work on other serious aspects of holding a tournament where foreign players were being invited.

Knee-jerk reactions, inability to cope with the situations arising in the middle of the pandemic and living in self-denial having played in the hands of unprofessional, over-ambitious self-serving employees and like-minded consultants they have ended messing up big time.

I must infer despite goofing up leading to postponement of the Pakistan Super League VI they haven’t only hurt their credibility which hardly makes a difference, they have left Pakistan as a whole embarrassed and chances of future international series to be held in the country severely jeopardized.

I tried my best connecting with the stakeholders, going on social media, tweeting even hosting shows on television and YouTube only to be haunted and trolled. I am generally not heard at the PCB because calling spade a spade is my sin. I am an unbiased indirect stakeholder not keen on picking up a job at the Pakistan Cricket Board and being extremely happy about what I do. Ironically, I intimidate them and since I try slapping reality on their faces in return I am taken as ‘contraband’ within the confines of PCB. Is it my loss? I can only smirk.

Did the Chairman of the PCB or their CEO realize the seriousness and perils of holding a high-voltage event in the middle of a pandemic where developed countries have been suffering even Australia and New Zealand despite unsparing policies had to revert to locking down. If they needed to take the risk instead of celebrating, they have held so many domestic and international matches successfully they were required to provide an impenetrable bio-secure environment. Bio security and bubble aren’t only the terms to be used. Strict adherence to the standard protocols and vigilant monitoring was required. PCB’s Medical Panel is headed by diploma holders and those who had never been trained as consultants in specialized fields. They haven’t undergone post-graduate training or working full time in different tiers and with highly qualitative and quantitative sample sizes.

Medical science nowadays is evidence based and requires not only the implementation of policies, but a relevant framework has to be evolved. You can’t take decisions pleasing the franchise owners or your own bosses. I mustn’t say people employed in the medical penal are incompetent nonetheless they are quite irrelevant to modern scientific requirements and to deal with high-profiled international athletes. So many Pakistan players have suffered, wrong diagnosis, poor rehabilitation programmes, absolutely irrational management plans, premature re-introductions and failure to introduce injury prevention plans. Use of modern technology and introducing state of the art guidelines have been absent. There hasn’t been any construction of self-consciousness.

More precisely, perception, especially intermodal sensory perception including kinesthetic perception involved in the construction of a sense of self-allowing self-other differentiation has been absent in decision making.

Furthermore, the social other, through very early social and emotional interactions, provides meaning to the one’s perception and contributes to the development of our symbolization capacities. This is a necessary condition for image representation and awareness of a permanent self in a time-space continuum (invariant over time and space). Self-image recognition impairments in the mirror need to be understood regarding a comprehensive developmental theory of self-consciousness. Heartbreaking it is to notice it is absent in almost all the individuals working at the Pakistan Cricket Board from top to bottom and those dealing with cricket, now an international product.

There were blunders. PCB blundered on my counts. One, the bio-secure bubble they had implemented was never ‘safe’. Haphazardly done and often taken for granted the teams were positioned in a five-star hotel. It was open to the public the elevators weren’t sensitized and common for all. All the teams had one place for breakfast. At the ground, people outside the bubble, even the celebrities and other guests, commentators etc. were free to roam around. Then came the violations and traversing of the bubble since here in Pakistan majority of the people haven’t taken COVID-19 seriously. I must get into more details.

In Pakistan when the COVID-19 pandemic was at its worst R0 was never diligently assessed. There were core issues. Undisciplined and not really the ones culturally to adhere to law and protocols we were also terribly misguided. Economically distressed even the Government seemingly wasn’t eager to take stricter measures such as full lockdowns.

Fortunately we were in Pakistan. The host response wasn’t as fatal as in other developed countries. Death rate was not as high as in different parts of the world. Regrettably, we didn’t consider unreported deaths, proper documentation and half-cooked data we had. Means to ensure all deaths due to COVID-19 reported wasn’t impenetrable. Mostly we were self-denial and being relentlessly self-evasive.

PCB mucked it up full time. Unfortunately, with the bio-secure bubble completely a sham furthermore they first gave concessions to Peshawar Zalmi’s Head Coach Darren Sammy and their captain Wahab Riaz. It was completely unwarranted. Subsequently and reportedly one Lahore player who had earlier been infected was taken as a ‘historical’ case when his COVID-19 PCR turned positive after the start of PSL VI. It was sheer stupidity. Why didn’t the medical panel consider ‘re-infection’. He missed one match and was brought in to play in their second game. Historical cases are normally taken when antibodies are positive and not when one PCR is positive. Even if we consider sample contamination and other hazards such as 30% false positivity still when in a biosecure bubble one has a positive Covid 19 test you couldn’t risk not quarantining him. It’s a sad reflection about tampering with nature.

Fawad Ahmed of Islamabad United had symptoms and he not only played in the match but also had breakfast with the rest. Unpardonable it has to be. Eventually there were a trickle and eight individuals, seven players and one from the management had their tests positive.

Blundering continued. PCB management decided to hold the Islamabad United versus Quetta Gladiators match to be played inside one day without quarantining the ‘contacts’ as both franchises had positive tests amongst some of their players. Hurtful still, no sanity prevailed.

The isolation period of 3 days for the contacts and two back-to-back tests was against the standard protocols. No matter what Dr. Sohail Saleem of PCB’s Medical Panel has to say or self-justify, the incubation period of the virus ranges between 3 to 5 days followed by two negative PCR tests. The durations of isolation for the contacts in the protocols was insufficient. You can’t risk the players. You just can’t do it.

Gimmick I shall call it when to deviate the media from players turning positive PCB came up with a novel idea of vaccinating the cricketers. Did they know doing it in the middle of a tournament was a farce. Once vaccinated the subject requires three to four weeks to have adequate immunity (titers) so it was a futile exercise. Two, how could the ‘brilliant’ PCB doctors differentiate between a player getting a vaccine induced player and the febrile illness that comes with the infection? Even in their press conference PCB’s doctor tried challenging our intellectuality. Perversely, to defend himself and the team’s failure he tried dodging by saying COVID-19was also an airborne virus. Ridiculous. The definition of an airborne disease according to the World Health Organization is that it needs to be spread by aerosols. Since COVID-19 mostly seems to be spread by droplets, WHO didn’t define coronavirus as an airborne disease.

Stop fooling yourself- stop fooling us. You have failed administering an impenetrable biosecure bubble spurring you to postpone PSL VI. It’s time for introspection and to take the blame. It could have been delivered seamlessly. You failed. Now better accept it. It was your negligence. Simple. It’s not only about the postponement of the PSL. You due to your incompetence have hurt Pakistan’s brand, and triggered people to cast aspersions on how well controlled COVID-19 is in Pakistan? It’s absurd.