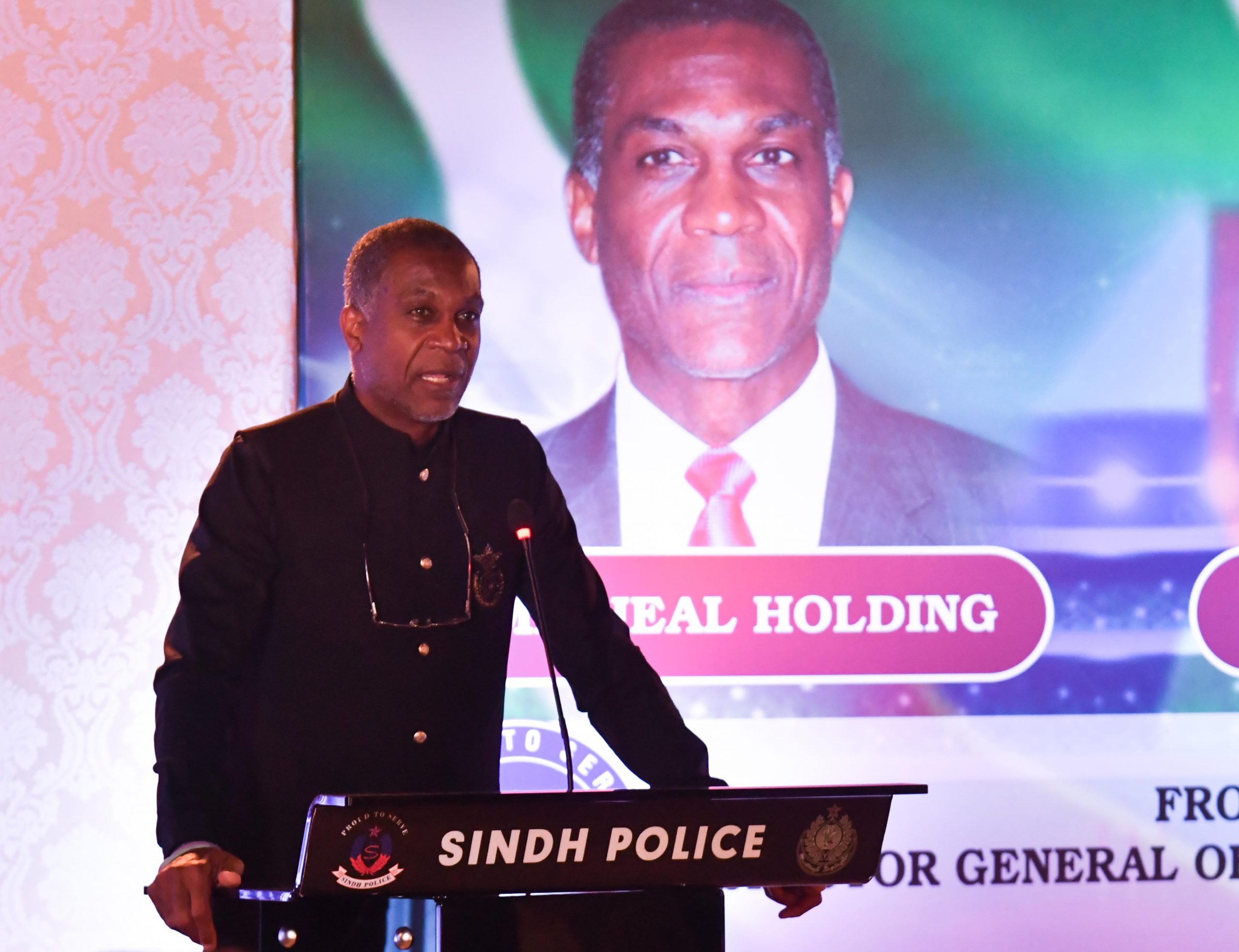 Michael Holding is one of the most special talents of West Indies cricket for several reasons.

We could write chapter and verse about his exploits on the cricket field, but he has already, in his autobiographies “Whispering Death” and “No Holding Back.” So it makes no sense replicating what we can easily find in those books or on cricinfo.com about this giant of a man.

Rather, let’s delve into what has made Holding more special to me other than many of the cricketers of his time and even this era.

Besides Ian Bishop, I cannot think of many from the West Indies who are legendary TV commentators and great former players. In fact, I spent six weeks in England working at the Cricket World Cup and most of Holdings’ fans that adored him for “selfies” speak about his commentary over cricket.

Perhaps it’s because this generation were not fortunate enough to see how graceful he was back in the 70s’and 80s, but his Jamaican accent, forthright, if not honest approach to commentary has become such a hallmark on Sky TV and other Networks, that he is finding it hard to retire after just turning 65.

The truth is, Holding was a top cricketer and brilliant commentator, which not many of his generation can boast of.

When the West Indies toured in Holding’s playing days, only Tony Cozier and Joseph “Reds” Perreira, to a lesser extent, represented a voice or face of cricket commentary in West Indies cricket.

It was unheard of to have a former player from our region on TV in those days.

But Michael Holding changed that and my goodness, he did it and transformed into a wonderful analyst just as smooth as his run up and approach when he took 249 wickets in 60 Tests.

His confidence and ability to speak in his own native language, has further popularized the well-loved Jamaican accent and it speaks to his genuine nature as one of the best men in the field.

“Mickey” as he is affectionately called (I mean you can’t go around calling a man “Whispering Death” every minute) has been a long time mentor of mine.

I will give you a joke, while we spent five days together in Pakistan, we met many people who of course were excited fans. A guy came and asked “Mr. Holding, why they called you ‘sudden death!’” Mickey responded with a chuckle and simply said: “not quite.” Such is the humility of the man.

We had frequent conversations about his commentary career rather than his cricket career, and as a commentator myself I am always intrigued by his knowledge of working in this field.

While I know he has a major soft spot for England, it was the people of Pakistan that he kept on chirping about and emphasized why his visit there was so pivotal.

“Nothing has changed in Pakistan. The love for cricket attracts me to visit this country,” said Holding who was there as a special guest of Dr. Kashif Ansari.

“I would like to say that the security here is fantastic. I hope that more international teams will consider playing cricket in front of an enthusiastic crowd,” Holding highlighted.

“If I had any apprehension or fear of security, I wouldn’t have come to Pakistan. I have no problem here. It is good and encouraging news that the Sri Lankans are here to play international matches.

“Pakistan should not be isolated from the game just because something had happened ten years ago. It is useful to have security precautions which obviously are every country’s priority and Pakistan is not any different,” Holding said.

While in Pakistan we also witnessed the historic return of ODI cricket in Pakistan at the National Stadium Karachi, while being dinner guest to former players, Shahid Afridi, Saeed Anwar, Sikander Bakht and Karachi’s Inspector General of Police Sindh, Kaleem Imam who hosted a banquet.

However, it was at a courtesy call to Dr. Ansari’s privately-run hospital, the Omair, Sana Foundation, a home for kids with blood disorder, Thalassemia that Holding made a call and passionate plea to the Prime Minister Imran Khan, who was his former opponent.

“Khan was one of the prolific cricketers the world of cricket has witnessed. If he leads the country as same as he did the cricket team, Pakistan will be fine,” he concluded.

Straight to the point. Just like how he delivered back in the day and how he conveys his commentary now.

Michael Holding is a special talent.