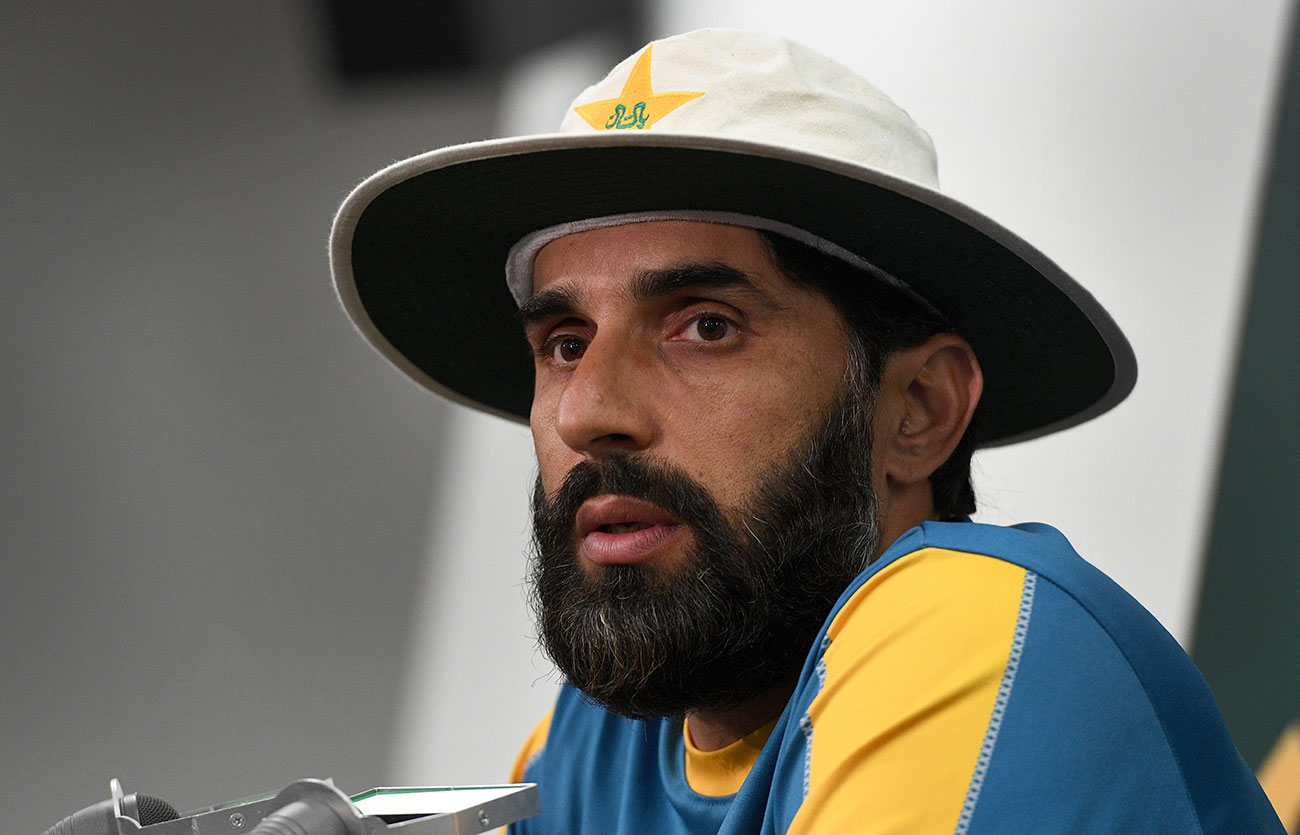 I still believe Misbah Ul Haq shouldn’t have used the 1999 teams 3-0 whitewash as an excuse.

Someone like Misbah should have stood up in adversity and retired. To determine Misbah’s success as captain based on numbers could only be an illusion. 24 wins & 18 losses could hardly reflect the harm he has done to Pakistan’s cricket.

Misbah Ul Haq- a right handed batsman someone with technical deficiencies ill equipped to bat in perverse conditions, vulnerable on seaming pitches, unreliable if the ball swung could never have been part of the team of the 1990s. His strengths included self reliance, and temperament to make conducive environments his own. A T shot, strong pivot and blinding from the crease hits between long on mid wicket or the cow corner.

His defence in Asia the ability to either hit or block fetched him a high Test average.

He was mostly a mediocre and despite self limitations he didn’t really have the focus concentration resilience & selflessness of Younus Khan.

Meek and only figuring out the means to an end where he could remain unchallenged and in line with the PCB he sacrificed many a potentially credible cricketers the greatest examples being Junaid Khan and Ahmad Shahzad. He couldn’t impact to bring a shift in Umar Akmal’s attitude, no batsmen could evolve while he was the captain. Match winners, Pakistan couldn’t even get half decent international standard players.

Only Azhar Ali and Asad Shafiq produced quality both were the products ready for international action before Misbah took over as captain.

I still believe Misbah was the best T 20 cricketer in Pakistan, he was hard done when left out and removed as captain.

In one day cricket he was often subdued and asked to initiate repair works not being able to bring the best out of his top order. That he couldn’t score a one day hundred also reflected on his mind and situational management in 50 over matches.

Often overrated as a batsman, even as a captain he failed miserably to provide patronage.

Captaincy was about man management mentoring to maximise the talent to marginalise shortfalls to stand in adversity to be a game changer a match winner, despite being supported by the PCB an unlikely happening he didn’t really capitalise on what could have been an investment in Pakistan’s cricketing future.

As a tactician and a strategist he was a failure. He couldn’t really enhance the quality of product provided to him, he couldn’t stand up for his people, he was a happy man only in a comfort zone.

If he had become Pakistan’s most successful captain ever though by default he helped them to number 1 position on the ICC Test rankings he could have put his foot down and asked the PCB to identify and rectify the frailties of first class cricket, he didn’t. He hardly had an impact, mostly his was a run of the mill presence.

In Australia his batting and captaincy were brazenly exposed, his field positioning, bowling choices and employment, tactics and execution of game plan failed because he had a defensive mind lacking initiative and courage.

How he used Yasir Shah the leg spinner would surely rue the way he was marshalled in Australia. It has hurt Yasir so it did others. Over reliance on Rahat Ali a bowler with nothing much to talk about and not being able to support selection of Junaid Khan may well haunt Pakistan.

Negative tactics and against Australia not really a team near their predecessors, Misbah still couldn’t seize the initiative.

A fine gentleman, easygoing and pretty decent, he couldn’t really justify being five years at the helm.

Shan ready to make his name in England