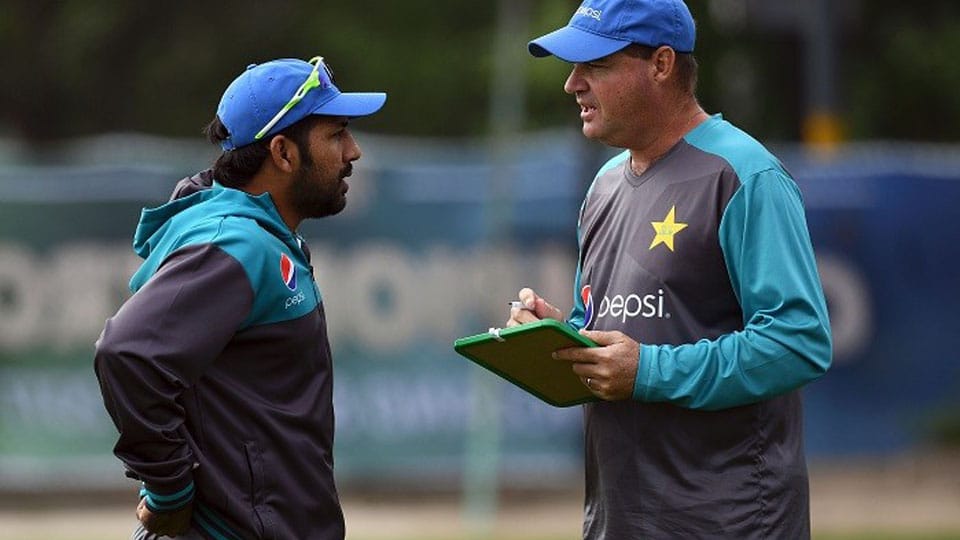 By Shahid Hashmi in Birmingham

A dejected Pakistan head coach Mickey Arthur took the blame for selecting paceman Wahab Riaz in his team’s 124-run defeat against India at Edgbaston, saying he thought the left armer would prove a match winner.

Riaz, surprisingly preferred over Junaid Khan, went for 87 runs in his 8.4 overs with 11 boundaries and two sixes as India piled up a big 319-3 in the rain reduced 48-over match.

Rohit Sharma led the way with 91 while Virat Kohli made 87 not out, Shikhar Dhawan 68 and Yuvraj Singh a brisk 29-ball 53.

Arthur defended the selection while denying Riaz was not fully fit.

“Riaz gave us pace. Junaid Khan, Hasan Ali, Amir — all there and there abouts in terms of their pace. We wanted someone who could give us a different option. And that’s why we went that way,” said the coach.

“We picked Shadab ahead of Fahim today. That worked well. I thought Shadab was understanding. So, sometimes it works. Sometimes it doesn’t.

“I think one team played really well today or played as well as they could have, and we were below par. As simple as that. And it’s a reality check of where we are in our One-Day cricket at the moment.”

Arthur believed Pakistan didn’t do the basics right.
“The worrying thing for me, and it has been for a period of time, is we just do the basics wrong. We do the simple things wrong. We dropped simple catches. We don’t run well enough between wickets.

“We don’t hit the keeper with our throws. We don’t understand when to bowl our variations. We bowled a really good over and then we bowled a variation our sixth ball and that’s the ball that ended up going for a boundary. So it’s the simplicity of those things that are worrying me at the moment and our understanding of when to do certain things. So that was disappointing. But we’ll bounce back from it.”

That’s a total insult to say we’re playing even worse. If you have a look at our records over the last year we’ve won two series. We’ve got ourselves from nine to number eight and brand of cricket has changed. We had a poor game today and we’re obviously trying our best and we’re trying to change it. And it’s not going to happen overnight.

“I’m, I said, I’m particularly disappointed, but to ask me that question is an insult to how hard these boys have trained and what those boys have done.”

Arthur promised Pakistan will bounce back in their second game, also at Edgbaston on Wednesday.

“It’s up to me and my coaching staff to find out why we didn’t execute. Was it — why were we so tentative? That’s more the issues for me at the moment. So, yeah, it’s disappointing, but we’ll go back to the drawing boards and we’ll hopefully come back a lot stronger.”

“That’s our own fault because we had two opportunities. Hasan Ali dropped Yuvraj (on eight) and Fahim Ashraf dropped Virat Kohli (on 43). You take those catches, it’s a different game.”
“I thought at one stage we bowled well enough to be chasing 270. If things went our way and we hung onto those two catches and then knocked out another guy early on, or got Dhoni early on, it would have given us a real opportunity of knocking them over for 270 or chasing 270 possibly.”

Khyber Pakhtunkhwa will clash Federal Area’s in the final 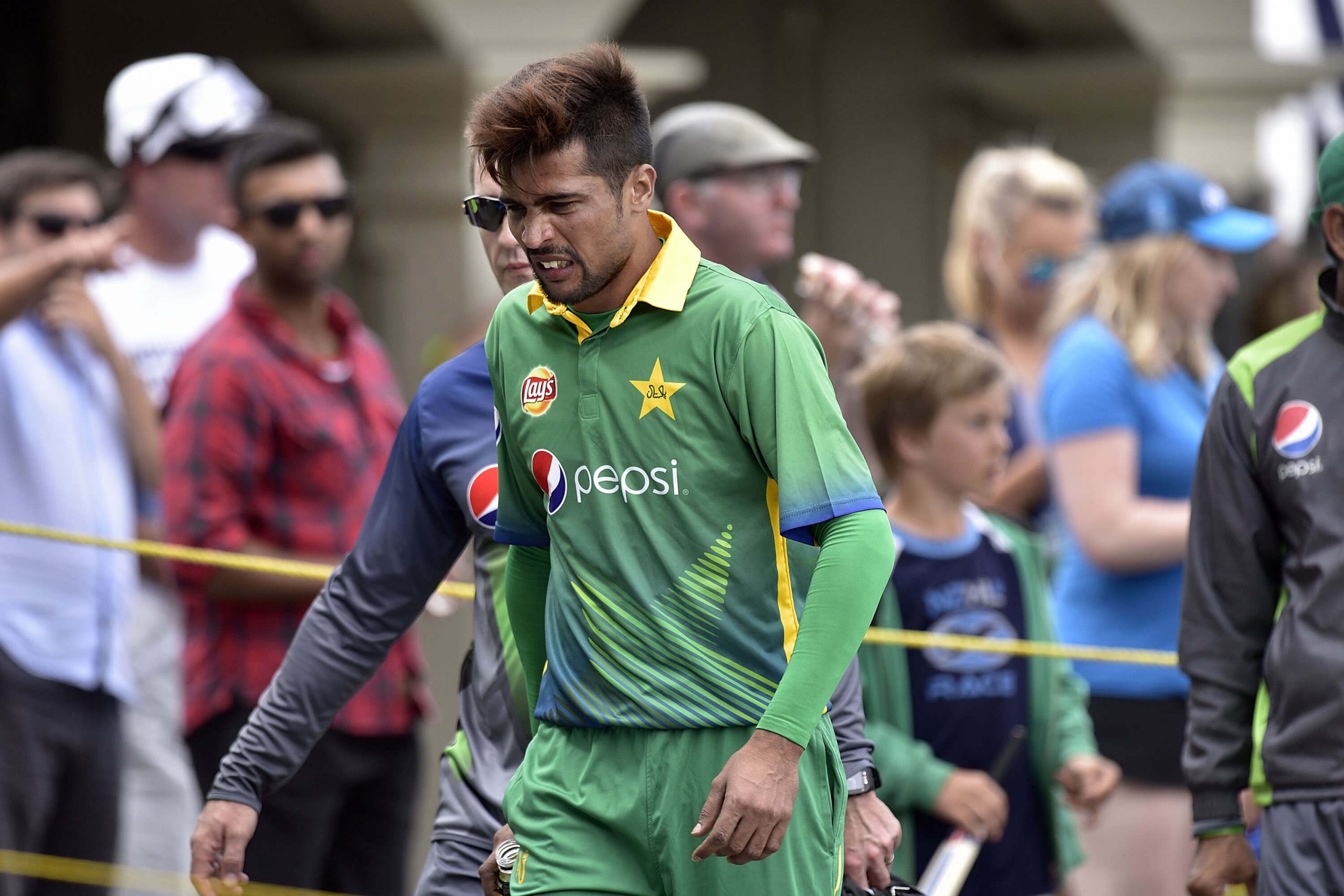 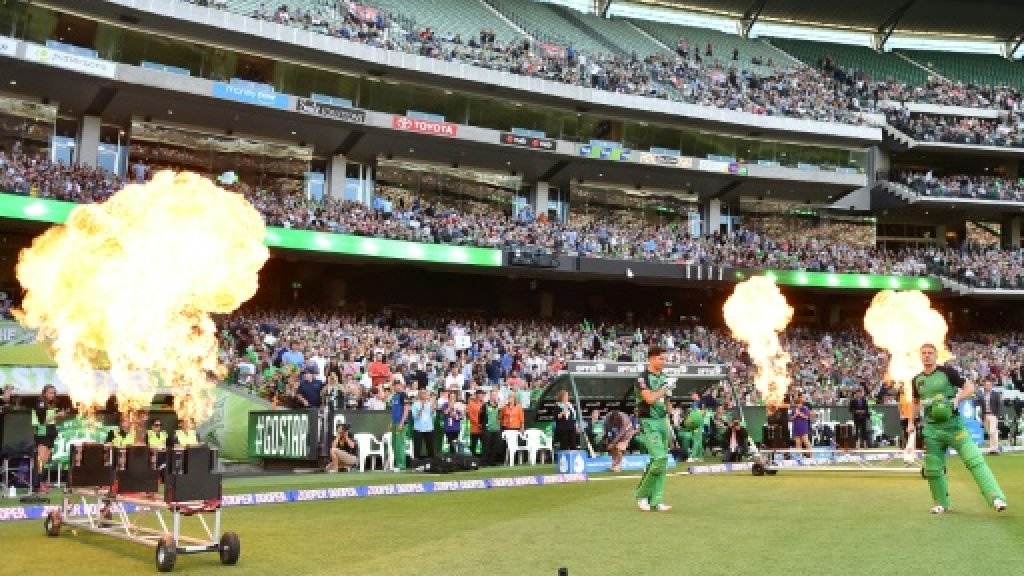 Big Bash bursts back to life