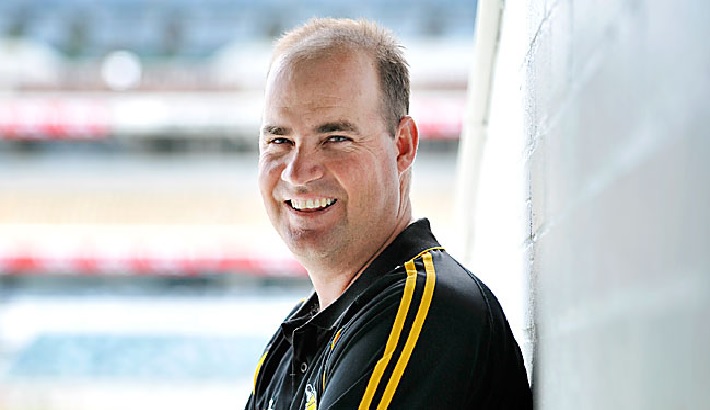 Pakistan coach Mickey Arthur wants his side to accomplish the “task” on England tour by levelling the four-match series in England in the fourth and final Test starting at The Oval from Thursday.

Pakistan started the tour on a high note with a brilliant 75-run win in the first Test at Lord’s but has sicne lost the next two Tests by big 330 and 141 run margins.

“It will be mission accomplished if we can get out of this Test match at 2-2, that will be a hugely successful tour,” said Arthur at The Oval on Tuesday. “I certainly think off the field, we have made a lot of friends,” he added.

“I think the way the boys have conducted themselves through these last two months has been exemplary. They’ve been brilliant in behaviour, both on and off the field, and they’ve been a credit to Pakistan.”

Arthur said Pakistan’s defeat after taking a 103-run lead was not acceptable.

“I spoke pretty frankly about the Old Trafford Test match. I thought we were very good (at Edgbaston). I do think we competed exceptionally well, certainly through three-and-a-half days at Edgbaston.

“I’m really happy with our all-round performance, particularly with the bat. We got some partnerships going which were fantastic. Second innings, England got through us. I certainly did not feel that we ever rolled over there. We were in the contest for most of that game.”

England wiped off Pakistan’s lead and then went on to pile a target of 343 runs.

Jonny Bairstow (83) and Moeen Ali (86 not out) also took the attack to the sword to set up England’s big target.

“I said to the boys, we were probably one wicket away there from breaking through. If we could have knocked Bairstow over or Moeen early, it certainly would have put a totally different perspective on the game.

“We hate losing, of course we do, but we lost with a lot of credibility at Edgbaston and that puts us in a really good space to come back particularly hard here.”

Arthur agreed Iftikhar Ahmed — selected on skipper Misbah-ul-Haq’s insistence — is an option for the last Test.

“Yes, he is an option,” Arthur said. “He bowls offspin and decently, England have a lot of left handers so he does give us an option as a fifth bowler if he comes in. But we have to be dead certain he can come into our top six and get runs, because we’ll be asking for runs first and bowling second.”

It’s certainly one of the options, but whoever comes in somebody has got to bat middle order, which makes it a particularly long tail. That’s a very positive way to go. It’s one that we’ve thought about and one I lay in bed thinking about it last night. That’s a very positive option because we’ve got to get 20 wickets in this Test match. We’ve got to work through that one.”

Shafiq ‘honored’ to be compared with Tendulkar