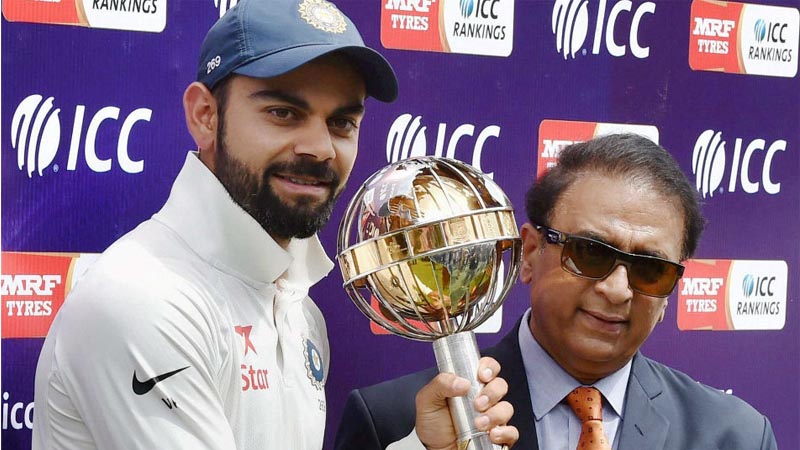 Karachi: The call from the India skipper Virat Kohli, to quit Australia tour after the first Test match, has divided opinions in the cricketing world especially in his home country India however the former Indian batting great Sunil Gavaskar, while recalling the past contrasting incidents, termed Kohli’s decision a “personal call”.

Talking to West Indian legend Michael Holding on later’s YouTube show “Mikey holding nothing back”, Gavaskar said it is a personal call however in the past players have preferred to play in such circumstances.

Citing his own example Sunil Gavaskar said he was on tour of New Zealand when his son was born and then he left for West Indies straightaway.

“I could not see my son for two and a half month when I was in New Zealand despite the fact that I had my cheekbone fractured. I wasn’t available to play for at least four weeks and there was about a month to the Test assignment of India against the West Indies in Barbados”, Gavaskar recalled.

The batting legend said he was denied the permission to return home from New Zealand before the West Indies tour.

“I asked for the permission to go home and see my son but that was denied so I flew directly to the West Indies from New Zealand with a stopover in the USA to see a medical specialist”, Gavaskar added.

Virat Kohli had informed the BCCI about his plans to return to India after the first Test in Adelaide.

“The BCCI has granted paternity leave to the Indian captain. He will return after the first Test against Australia in Adelaide,” the BCCI press release read.

“MS Dhoni, apparently from what I read, was playing when his daughter was born, even Sourav Ganguly, Rahul Dravid were also playing for India in a Test match when they became fathers. So it’s a personal call”, Gavaskar concluded.