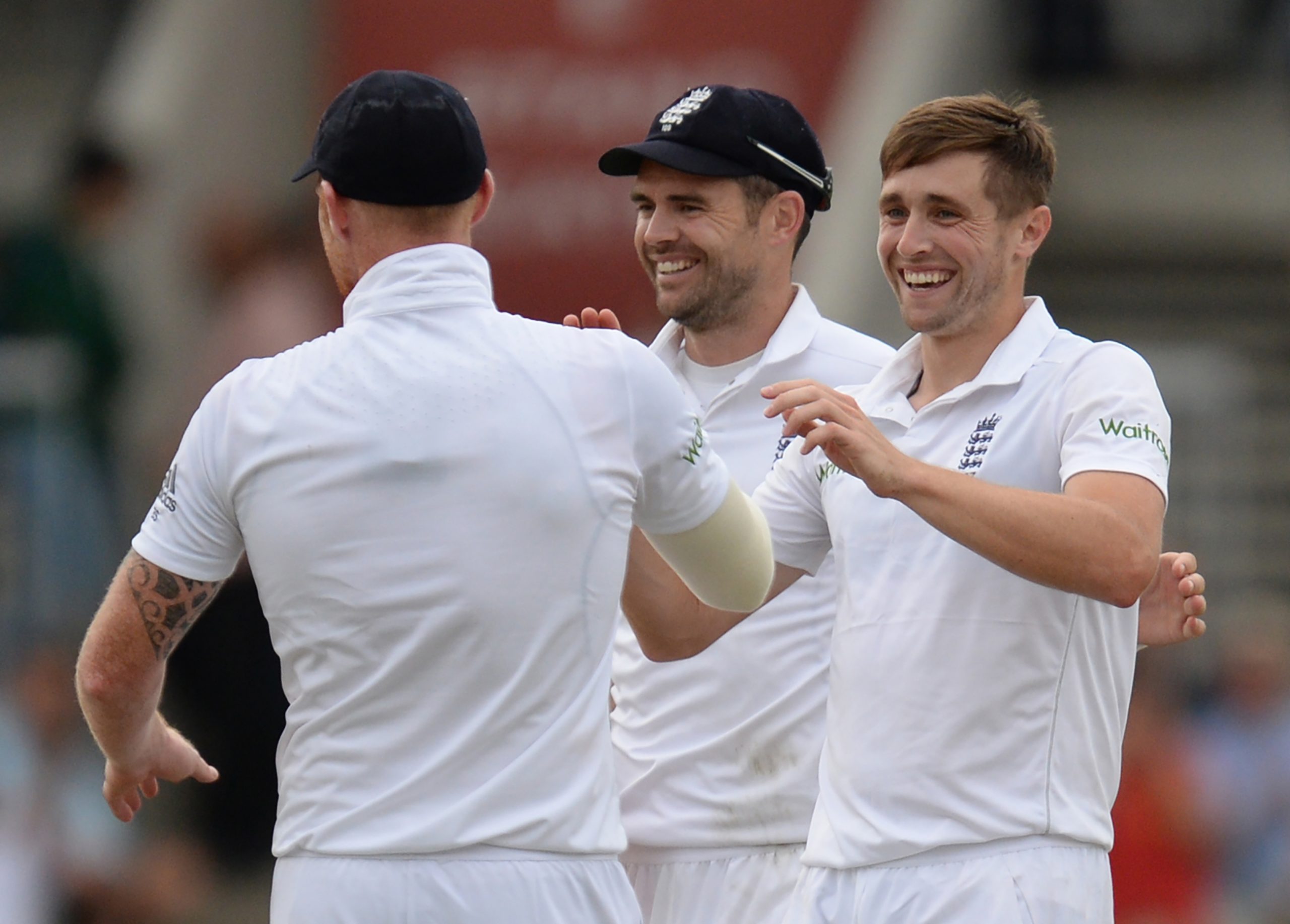 It has been two days of all the way for England or to be more precise for Joe Root and Alastair Cook, and for Christopher Woakes and Jonathan Bairstow. Old Trafford was once again basking in glorious sunshine this Saturday morning. A sizeable crowd had turned up say about 14000 in a stadium with a capacity of 18000. There were many in colorful dresses (almost as if going to a fancy dress party); others had colorful headgear and all were a very noisy party after lunch as a result of the food and drink.

England supported outnumbered and outshouted their Pakistani counterparts. Since yesterday a section of the crowd had jeered Amir with shouts of “No Ball” whenever he came on to the bowling crease or approached the boundary to retrieve a drive or cut. But full credit to him he did not react and maturely stuck to his task.

By the way, he did not deliver a single no-ball throughout the England innings which lasted 10 hours and 57 minutes during which 152.2 overs were bowled. Amir bowled 29 overs and took two for 89 and the spells included two wide balls. Wahab Riaz was the main culprit delivering as many as nine No Balls and four wides and the 10th No Ball of the innings was bowled by Shan Masood brought on for a brief relief spell. Shan’s first ball in Test Cricket was a No Ball.

To demonstrate that cricket is a great leveller please consider the bowling analysis of Yasir Shah the Lord of Lord’s- 54 overs six maidens 213 runs for a solitary wicket that of the troublesome Woakes. 213 are the highest runs conceded by any Pakistani bowler in a Test innings against England since Fazal Mahmood conceded 192 (two wickets) at the Oval in 1962 when he was flown out to reinforce Javed Burki’s beleaguered team.

England overnight 314/4 continued to gather runs with ease and fluency through a fifth wicket stand of 103 between the imperious Root and the nightwatchman Woakes. Earlier Cook yesterday had laid the foundation for a mammoth total with a 185 run 2nd wicket stand with in 2IC Root.

Cook reached his 29th century in Tests equalling the record of Sir Donald Bradman. Interestingly Bradman scored his 29th ton on the 22nd July 1948 while Cook achieved that feat on the 22nd July 2016. There is numerology for you. If further details on this subject are required see the works of William John Warner also known as Cheiro the Irish psychic palmist and astrologist who also used Chaldean Numerology. To make startling predictions.

Cook has also become the 4th player to captain England in 50 or more tests. The others being Atherton, Strauss and Vaughn. And what is more coincidental is that all four have scored hundreds in Tests at Old Trafford Manchester. With this hundred Cook also equalled the record of 11 centuries as England captain held by Graham Gooch.

Woakes was out shortly before lunch for 58 with eight fours and the ONLY sixer off the series. It was a sliced upper cut off a rising delivery from Amir which cleared the fence. The English players must have had a good appetite for lunch with the scoreboard showing a grand 427/5- Root was 185 and Stokes 6.

Root today, as yesterday, played brilliant, fluent, stylish, authoritative, confident, delightful and delectable innings. He was in complete command and gave no reprieve to the tiring Pakistan attack. Stokes was perhaps unfortunate to be given out caught behind on referral by Umpire Wilson who seemed to take ages to come to the conclusion that the left handed all rounder had got the feather edge on his glove off a short pitch ball from Wahab; but that is how the cookie crumbles.

After tea (which was taken with England 533/6) their strategy, tactics and intentions were absolutely clear – throw your bat at everything; get as many as you can as quickly as possible. Root lofted Wahab Riaz to deep mid wicket the ball taking more elevation than distance. It was Hafeez who sprinted from the deep and took a brilliant diving catch. Root had score 254 magnificent runs in 614 minutes faced 406 deliveries and struck 27 fours. He left the field of play the entire Old Trafford stood up to applaud him; and to their credit every member of the Pakistan Team ran up to him to congratulate an adversary who had trashed their bowling and fielding to smithereens. A Yorkshre (Whie Rose County) man perhaps has never before nor may ever will in future receive such an adulation from the rival neighbour Red County of Lancashire.

It was an innings worthy of watching from one of the best batsmen in the world today. If memory serves me right the other English double centurions in Tests against Pakistan have been Denis Compton (278 at Trent Bridge in 1954) and Ted Dexter (205 at Karachi in 1962).

When Bairstow was out caught off a skier by Misbah in the covers for 58 Cook applied closer with the score 589 for 8. England in 6.2 overs had added 56 runs.

If Pakistan had under performed in bowling, and were butter fingered in fielding with Younus dropping two catches and Sarfraz two, and runs being leaked, they were even worse in batting. Hafeez failed yet again as did Azhar Ali and Younus Khan. The nightwatchman Rahat Ali was swiftly disposed of. I will never understand the point of sending in a nightwatchman in normal circumstances; it is another matter if the light is bad or the pitch is playing tricks. I did not fully comprehend why Woakes was sent in yesterday or why Rahat today.

In the end a steady Shan Masood and a worried Misbah ul Haq saw the innings through to stumps on Day 2. Pakistan are 57 for 4.The need to get to 390 to save the follow on which means another 332. Anderson and Broad bowled economically without looking dangerous. It was once again that young man Woakes who was the chief tormentor taking three wickets while his partner in “crime” chipped in with the fourth.

The weather forecast for tomorrow predicts rain but Pakistan need lots and lots of it for a long time and that is wishful thinking. England are in command and fully deserve to level the series. Pakistan’s task in Herculean.

Shan Masood wants to be the best against the best

Pakistan Beat in the Final of the Triangular Blind Cricket Series