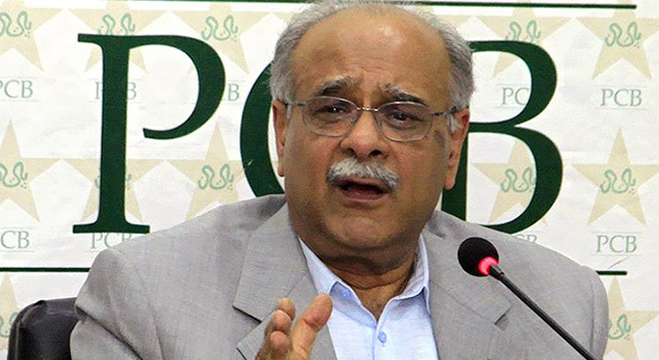 The change was imminent. As soon as Pakistan Tehrik-i-Insaaf won the national elections the writing was on the wall.

But despite being advised by new Prime Minister’s close aide Zulfi Bukhari to resign, Najam Sethi waited and waited in a hope that he might be asked to continue but it wasn’t to be. Four days after Imran Khan took oath as PM, Sethi tendered his resignation on August 21.

As said there was no chance Imran Khan would allow Sethi to continue. The former Pakistan captain and Sethi had a famously poor, in fact bitter relationship since the 2013 elections.

Pakistan Muslim League (Nawaz) had won the elections that were alleged to be rigged in his favour. Imran Khan had particularly accused Sethi – then caretaker Chief Minister Punjab – of helping Nawaz win on 35 constituencies in the biggest province of the country.

That famous “35 punctures,” referring to rigging on constituencies, became a famous phrase in the parliament as well as in the media.  Sethi took a stock of the allegation and sued Imran in the court in a case which never took off because Imran was always absent from the hearing.

A few months before the election Imran Khan’s interview with renowned journalist Sohail Warraich was seminal. It ruthlessly indicated that Imran will not tolerate Sethi. Asked why he has developed differences with Sethi, Imran’s terse reply was:”I have met him a few times but he is a ‘Ghattya Admi (Cheap person). That was too harsh an indication.

But Sethi, being a sharp operator, used his channels. He in fact tried to stay on but to no avail. Sensing no escape he in fact wrote some hard hitting editorials in his home newspaper “The Friday Times” and tweeted strong worded messages on how the “mili-establishment” helped PTI win the elections. But when he found no way to convince Imran, he surrendered what is considered to be the third most valuable post in Pakistan. A PCB chairman is just after PM and Army chief in terms of importance.

Sethi wrote in his letter: “You (PM) have said on many occasions you have a vision for Pakistan cricket. Therefore, it is only proper that you should assume charge and responsibility for assembling a management team for PCB that enjoys your full confidence and trust.”

Besides Imran Khan’s disliking of Sethi there was that factor of Zakir Khan who Sethi sidelined. Close Sources in the PCB say that Sethi used Shaharyar Khan’s shoulder to fire Zakir out of the PCB main building.

Zakir was made Officer on Special Duty (OSD) for some three years but with pay. Zakir also did not want Sethi in the office and being close to the new PM for years, Zakir had the final say.

A fortnight into his 2013 election win as PM for a third tenure Nawaz Sharif replaced the incumbent PCB chairman Zaka Ashraf – appointee of the previous government of Pakistan People’s Party (PPP) – and the decision was blamed by Imran Khan as a “mere reward” for Sethi’s help in elections.

But Zaka Ashraf did put up a strong fight, taking his sacking in the court which for a brief period restored him.  It started a court battle as Sethi too challenged the restoration decision and then finally agreed to hand over the reins to Shaharyar Khan, who was seen as a compromising candidate. But many believed, and many saw it also, that Sethi was a de facto chairman for being the most influential man in the organization.

Sethi used his shrewd thinking to form a powerful executive committee and not surprisingly headed it. He had given a written assurance to the supreme court that he will not contest the next election in which Shaharyar was elected unopposed.

It started a tussle between Sethi and Sharyar. The veteran Nawab did complain of Sethi poking his nose in most of the affairs but being himself interested to glue to the seat, he never made it official of public.

Then came Pakistan Super League. Shaharyar was skeptical of launching the league but Sethi sensed that it could help him cement his place in the PCB implemented the league in 2016.

A lot of people give credit to Sethi for the success of the PSL without going into detail. Has the PSL made profits, it’s remain to be seen. If insiders in the PCB are to be believed there are some grave loopholes in the audit of the first two editions of the league. Sources say that a renowned chartered accountancy firm Ernst & Young refused to audit the first two editions as it found some discrepancies in figures.

Had Imran Khan not forced Sethi to quit, he would have come in trouble over the audit of the PSL.

During his tenure Sethi promoted Nyala Bhatti to rise from one post to another. Her appointment was also questionable as the qualification for the post of director Marketing demanded a master degree. But for Nyla the requirement was lowered to bachelor’s degree.

During the inaugural edition of the PSL it was announced that Nyala will be the director tournament for the PSL 2. It came only after Sethi developed differences with Salman Sarwar Butt who had laid the canvas for the successful staging of the PSL.

Sethi’s favours for Nyala did not end here. She and some of others close to Sethi were given bonuses as if PSL’s success was due to them. If one looks close at the arrangements it can be noticed that most of the marketing and sponsorship was outsourced. So on one hand the PCB was financially rewarding Nyla and Co. and on the other hand PCB had to pay commission to the Trans-Media, a company which s diligently earning money for the PSL.

Sethi has left the PCB in a mirage as far as PSL is concerned and the new chairman Ehsan Mani will have to use all his wisdom and marketing acumen to lift Pakistan cricket.

The only disability in life is a bad attitude