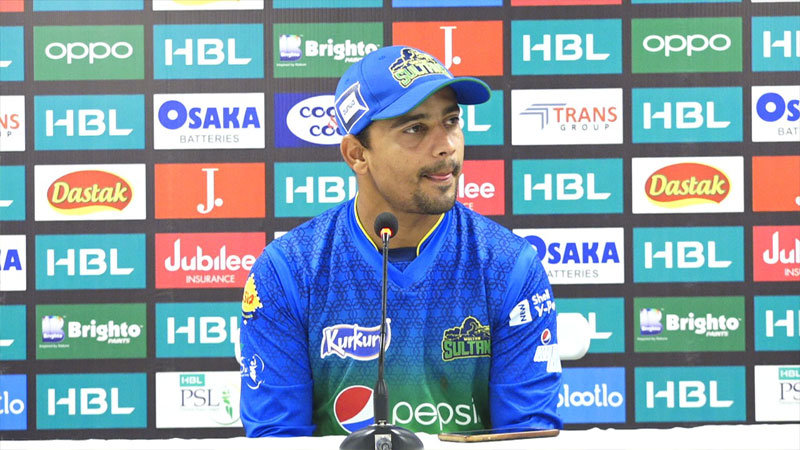 March 15, 2020 | By Muhammad Asif Khan
KARACHI: The target of 155, set by Multan Sultans, was never easy for Peshawar Zalmi, from the word go, because of the tight bowling display by Sultans at the National stadium here on Friday.
Mohammad Irfan drew first blood by dismissing Zalmi’s ace Kamran Akmal in the first over to see a surprise in Wahab Riaz on the one-down position. The Zalmi skipper could only score three runs before getting out to Sohail Tanvir.
Imam-ul-Haq had a couple of partnerships, first with Umar Amin (29 off 23) and then with Shoaib Malik (30 off 25), however Multan’s bowlers came back strongly to dislodge Umar Amin and Imam (56 off 41 with four fours and two sixes) was snapped up by Tanvir in the 17th over to diminish Zalmi’s hopes. Shoaib Malik’s prized wicket in the 18th over further dented Zalmi’s campaign.
In the last over, Ali Shafiq was a little wayward, with two back to back no-balls (over the waist) but recovered to tighten the equation. Zalmi needed four runs off the last delivery, however they failed to do the needful.
Sohail Tanvir finished with three wickets for 26 runs while Ali Shafiq got two for 31. Moeen Ali and Mohammad Irfan picked up a wicket each.
Earlier, Multan started off well with Zeeshan Ashraf and Rohail Nazir however Nazir played one short too many to perish on 14 off Rahat Ali.
Captain Shan Masood took the baton and established an impressive partnership with Zeeshan Ashraf who scored a fifty before getting out to Rahat Ali on 52 off 39, with seven fours and a six.
Hasan Ali and Amir Khan came into the act and snapped up quick wickets to squeeze Sultans to 103-4. Later order accumulation by Khuhdil Shah (30 off 20) and Shahid Afridi (19 off 13) pushed Multan Sultans to 154-6 in 20 overs.
Rahat Ali stood out with three wickets, while Wahab Riaz, Amir Khan and Hasan Ali chipped in with a wicket each.
Multan Sultans are comfortably sitting on top of the chart with 14 points in nine games. Karachi Kings, with nine points in eight matches, are on the second spot. Peshawar Zalmi, are now in a spot of bother, with nine points in their full quota of group games. Lahore Qalandars, having eight points in nine encounters, are on the fourth pedestal. Islamabad United and Quetta Gladiators have played nine games each and are on the fifth and sixth position respectively. 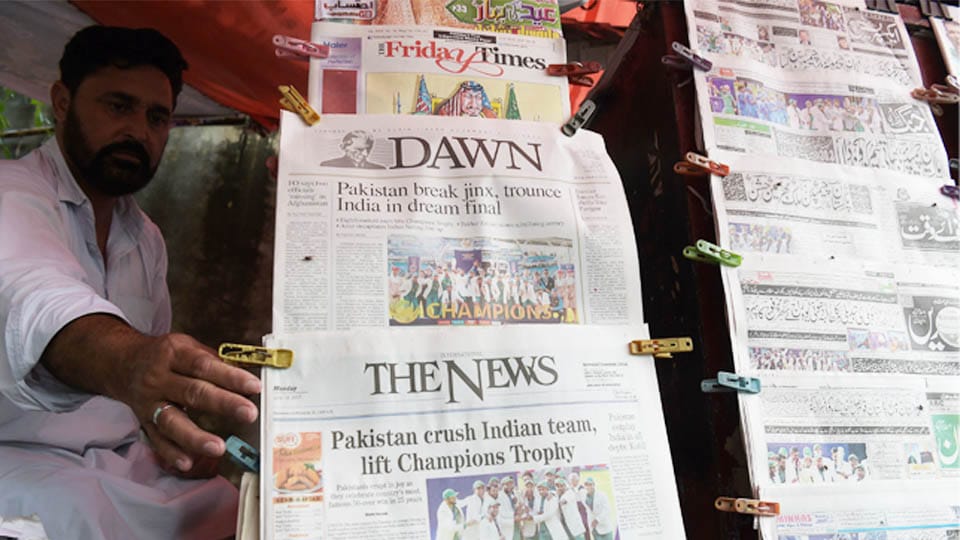 Pakistan hailed by media after ‘confounding everyone’ 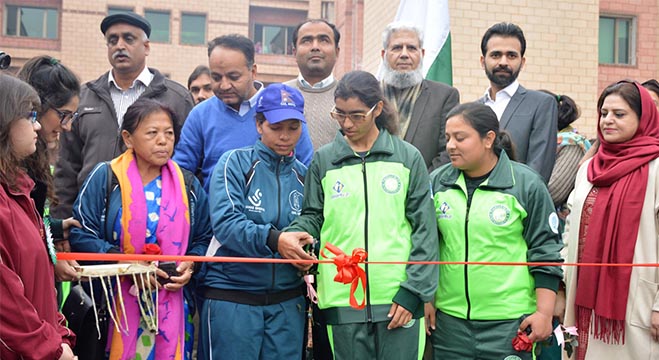 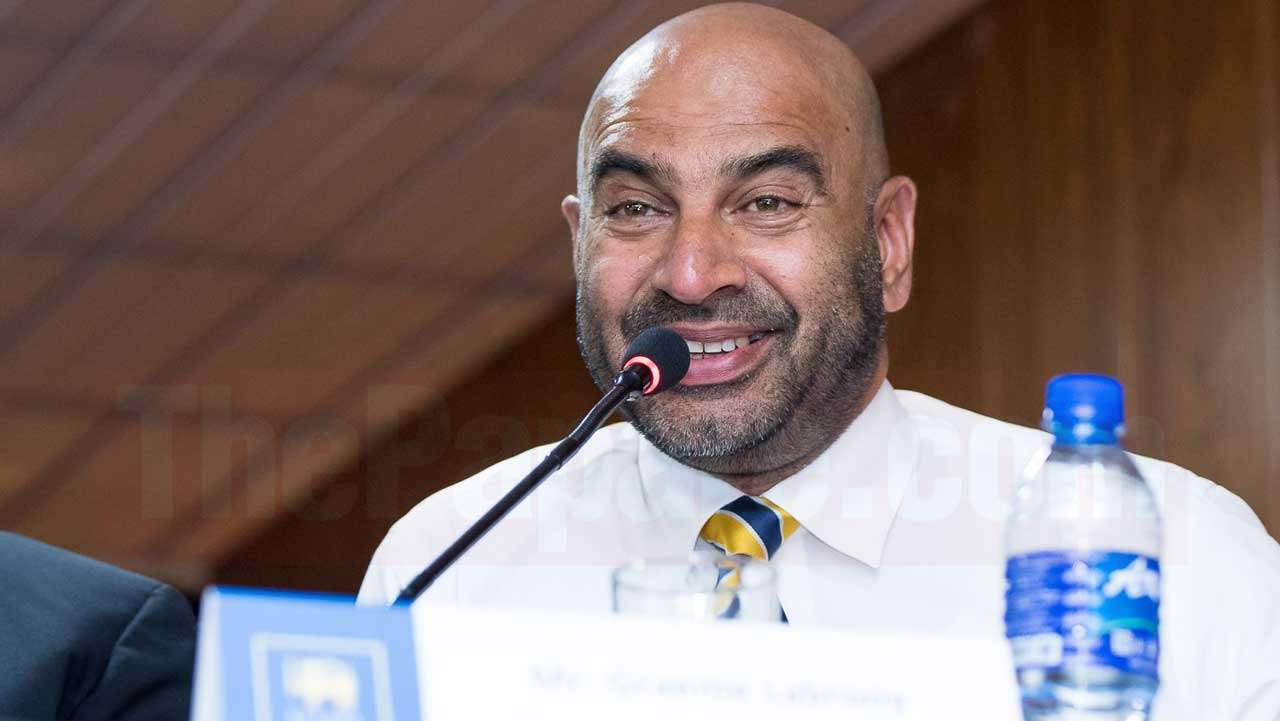 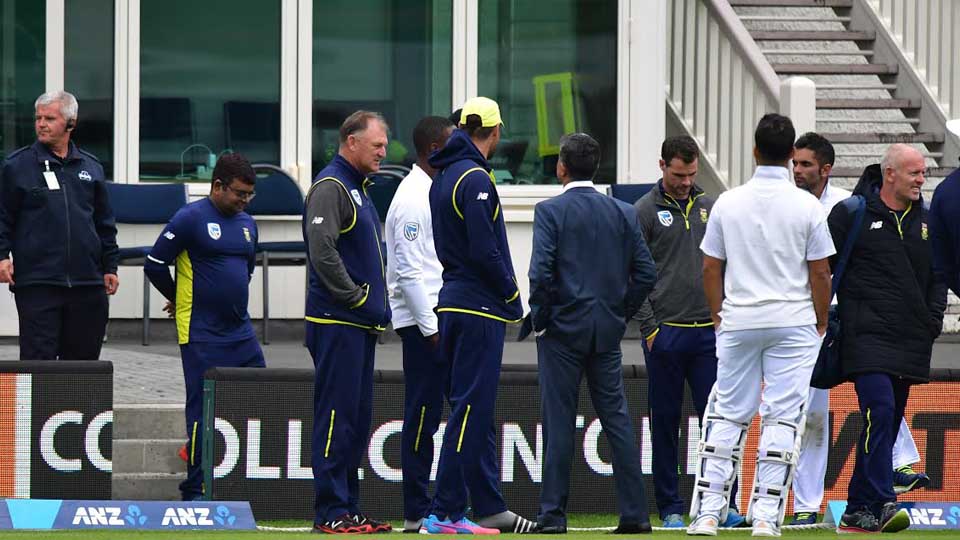