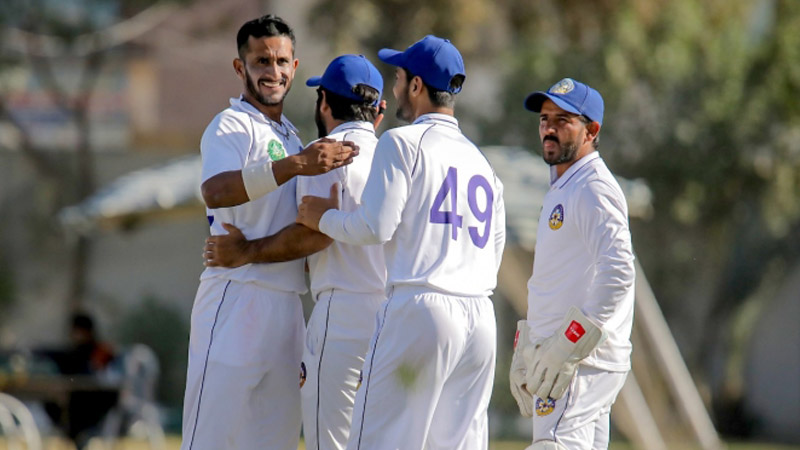 Karachi: The defending champions Central Punjab look to have their one leg already in the final of the premier first class tournament Quaid-e-Azam trophy as their opponents, at the State Bank stadium, Southern Punjab only have meagre eight-run lead in the second innings thus far with just three wickets in hand before the start of the last day of the final-round fixture.

In the process, Central Punjab have now had ten bonus points in the match after suppressing Southern Punjab for 187 to force the follow-on. In case of a win, the CP side, led by Test star Hasan Ali, will earn 16 more points which will elevate them to the second slot in the six-team points’ table. They are currently at number four with 111 points.

With 128 points, Southern Punjab are sitting at the second spot and they have only managed a solitary bonus point from this encounter. SP plunged into trouble after losing nine wickets for just 183 in reply to Central Punjab’s daunting 493-7, however Zain Abbas put up a gritty show of 118 along with Salman Ali Agha, who crafted 79. Southern Punjab were 314-7, when the third day’s play came to an end. Saif Badar (17) and Mohammad Ilyas (four) will resume the innings on the final day.

At the National Stadium, Khyber Pakhtunkhwa knocked out Northern for 336 after they resumed their innings from 180-2 on Monday. Mubasir Khan (59),

Sajid Khan, the off-spinner, was once again instrumental for the table-toppers KP, with 4-114, left-arm orthodox, Khalid Usman bagged three for 89.

KP are 87-3 in 30 overs (Sahibzada Farhan 38, Israrullah 35) while Northern’s Mohammad Nawaz has had 2-20. KP, in their first innings scored 521 runs. The third-ranked Northern have taken up four bonus points from this contest.

This is pertinent to note that a Central Punjab win will sweep away Northern’s hopes to play the second consecutive Quaid-e-Azam Trophy final.

Meanwhile Sindh are struggling to secure a draw against Balochistan, at the UBL sports complex, after Balochistan forced a follow-on and Sindh are still trailing by 11 runs in their second go. Balochistan posted 414 in the first innings.

Sindh were 208-3 at the close of day-three courtery a half century by Khurram Manzoor, who was unbeaten on 82, Saud Shakeel was another prominent run-getter with 90.

Earlier in the day, Sindh only added 35 runs to their overnight score of 160-6 before getting floored on 195 in 66 overs. Balochistan got six bowling points to push their overall tally to 10. Asad Shafiq, the Sindh captain, stood at one end with 87 not out. Left-arm orthodox Kashif Bhatti took 4-56 and Umaid Asif returned 3-39.