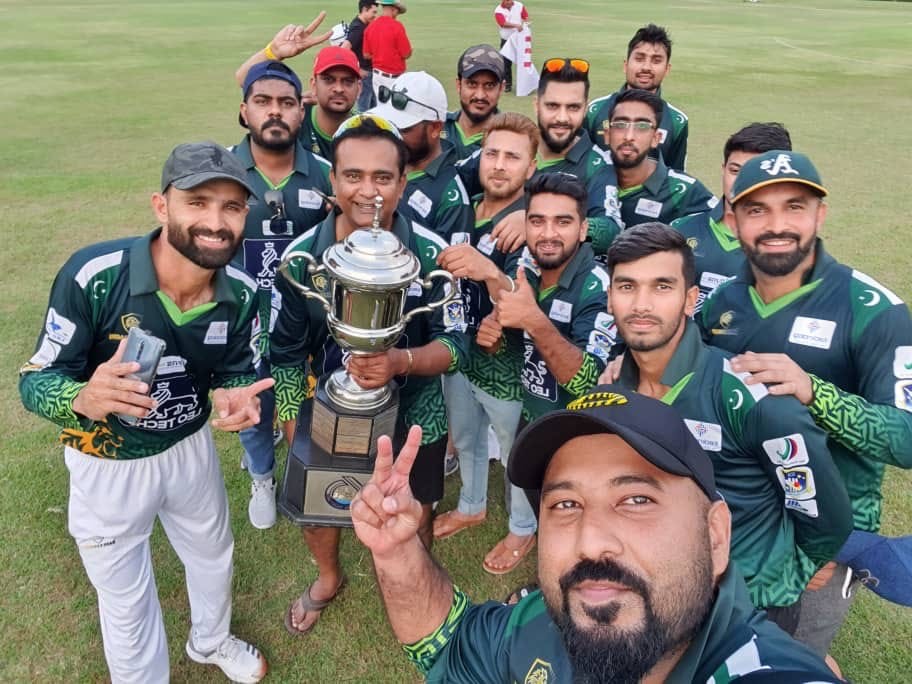 Bangkok: Teams from Pakistan dominated the International Cricket Sixes 2020 with Dare Karachi winning the main title, “The Cup” while Karachi Knights finished the campaign with their hands on the “The Plate”.

The 36th edition of the tournament, at the Royal Bangkok Sports Club (RBSC), had 16 teams in four groups.

The format demands unbeaten streak at the group stage to qualify for the semi final of the main tilted, “The Cup”.

The outfits on the second spots, in each group, meet in semi finals for “The Plate”.

Every team have six players and each game is consist of five overs.

Both outfits were unbeaten at the group stage by winning all three games.

In the final match for “The Plate”, Karachi Knights, led by Mir Hamza, were given 77-run target by Saad Nasim’s A1 Greens.

The onslaught by openers Hussain Tallat and Bahadur Ali escorted their team home in just 3.4 overs to clinch “The Plate”.

Earlier both “Plate” finalists won two out of three group games to qualify for the semi final stage for the “Plate”.

Rameez Raja Junior of Dare Karachi was declared the best batsman, best bowler was Raju CC’s Harsh and the best allrounder award was claimed by A1 Greens’ Usman Khan.

The RBSC International Cricket Sixes is one of the oldest tournaments with a history of 36 years. Renowned names in international cricket have participated in the event over the years.

Arthur back with point to prove to Australia

England’s ‘biggest year in a generation’ starts with Windies test