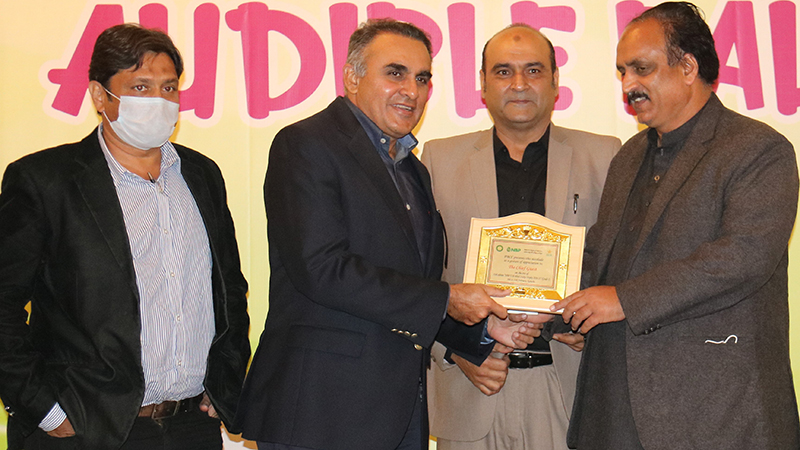 Pakistan Blind Cricket Council in collaboration with National Bank of Pakistan holds the NBP Blind Cricket Trophy. The tournament was based on 2 stages with Grade-I & Grade-II teams competing for the honour.

The Grade-1 was held at Attock from 27th February-3rd March and teams named Peshawar, Azad Kashmir, Gujranwala, Lahore, Okara, and Bahawalpur participated in the tournament.

Bahawalpur, Lahore, Azad Kashmir, and Gujranwala qualified for the top 4 after winning their tie to clash in the semifinals.

Gujranwala took on Bahawalpur, whereas Lahore contested with Azad Kashmir. In the end, Lahore & Bahawalpur in the final face off for the trophy. Lahore put Bahawalpur into bat after winning the toss.

Bahawalpur openers Zafar Iqbal and Moeen Aslam made 84 & 73 runs respectively to put 229 for 4 on the board. Lahore chasing the target fell 23 runs short and managed to get 206 for 6 down. 70 from Amir Ashfaq and Salman’s 38 were the top scores for them. Bahawalpur clinched the NBP Blind Cricket Trophy Grade-1.

The Grade-II Trophy was held from 8th till 12th February in Karachi at two different venues where eight participating teams Karachi, Abbottabad, Hyderabad, Faisalabad, Multan, Quetta, Sargodha, and Sheikhupura contested. All the teams showcased brilliant performances to take their teams to the victory stand.

Karachi and Abbottabad qualified for the semi-finals being the unbeatable side in their groups whereas Quetta, Multan were the other semi-finalists. Abbottabad faced Quetta in the first semi-final and Karachi took on Multan. Both the matches went close as Karachi got through by 1 run victory and Abbottabad winning it by 7 runs. Abbottabad and Karachi clashed in the final. Karachi after winning the toss elected to bowl first. Captain Riasat Khan and Naeemullah opened the innings scoring 179 for the 1st wicket. Abbottabad posted 186 on the board for 3 wickets. 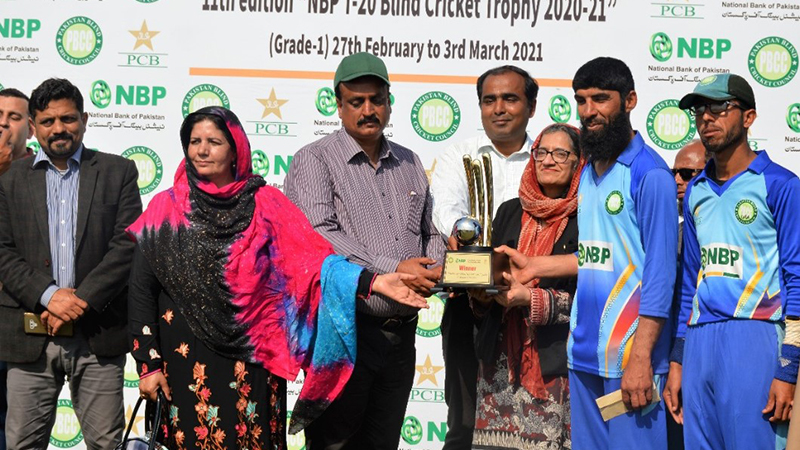 In reply, Karachi couldn’t capitalize as their key players Tahir Ali’s wicket and Wali Ullah getting retired hurt put them on the back foot and could only manage to score 149 for the loss of 4 wickets. Abbottabad lifted the NBP Blind Cricket title by 37 runs and qualified for the next year Grade-1 division.

PBCC organized a function for the players and officials of the NBP Blind Cricket Trophy at a local hotel where all blind officials and their families attended. Syed Imtiaz Ali Shah, Secretary Sports & Youth Affairs Govt. of Sindh graced the occasion and addressed the people and said that, ” Pakistani athletes who represent our country on international soil are a source of honour and pride for us , especially visually impaired. They are capable of doing wonders and are no means less than sighted beings. Blind Cricketers with their performances and records have proven their abilities as the best team in the world.” Chairman PBCC thanked National Bank and Faizan Steel for their continuous support to Blind cricket which helps us to find talent.