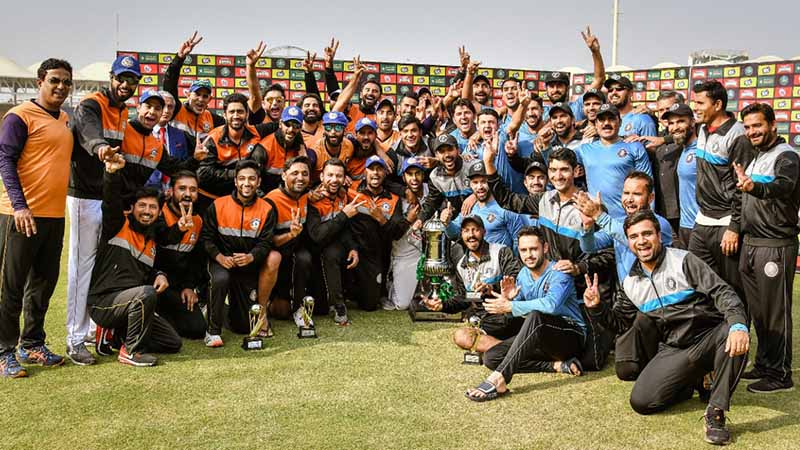 Karachi: The exciting final match of the premier first class tournament, Quaid-e-Azam trophy, between Central Punjab and Khyber Pakhtunkhwa, ended in a tie on the fifth and the last day of the encounter.

Central Punjab and Khyber Pakhtunkhwa shared the trophy and the prize money of Rs 10 million.

Usman Salahuddin, who finished the fourth day on 51, got dismissed on 67 while Mohammad Saad (27), Qasim Akram (30) and Saad Naseem (5) also perished to push CP in a spot of bother.

After lunch, Central Punjab required 154 runs while Khyber Pakhtunkhwa were in need of four wickets for the title.

After the dismissals of Ali Shan and Bilawal Iqbal, CP were cornered at 249-8.

At this point, CP’s captain Hasan Ali initiated the onslaught with Ahmed Safi and almost escorted CP to victory.

Hasan Ali, with Waqas Maqsood, continued his effort and completed his brisk century however his partner Waqas got dismissed when the scores were level on 356.

Hasan Ali stood on the other end with unbeaten 106 runs off 67 deliveries. His innings was decorated with seven sixes and 10 fours.

Khyber Pakhtunkhwa posted 300 runs in their first innings while Central Punjab, in reply, declared their first turn on 257-9. KP, in their second innings amassed 312 runs.

CP’s skipper Hasan Ali was declared man of the match as well as the series.

KP’s Kamran Ghulam was named best batsman for 1249 runs in the event. Rehan Afridi, for 35 dismissals, was declared the best wicket-keeper of the tournament. The best bowler’s award went to Sajid Khan for 67 victims.

Kaptaan, please steer our sports out of deep waters

Of my prediction and Imran’s conviction

PCB must rethink its decisions