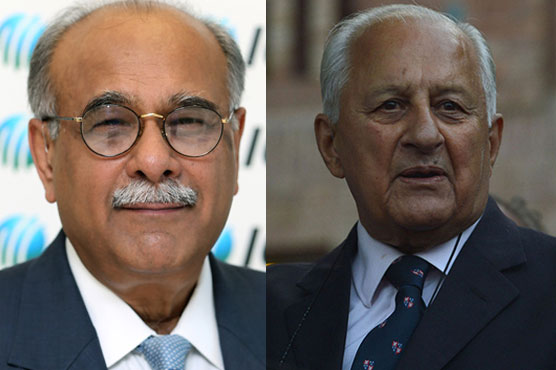 Pakistan Cricket Board Chairman Shaharyar Khan seems delighted after getting a Shahbash (a big pat) from the self-appointed Patron-in-Chief of the Board who has directed him to continue. Only a couple of weeks ago Shaharyar had hinted with heavy heart that he might leave on August 20. Bu this meeting with the ailing Patron in London changed his mind and he happily announced to the media that he would continue. More than Patron’s desire family pressure played a decisive role which actually coaxed him in the cool weather of London. However, the question still puzzles many minds whether he would be a de juro head or would work under the shadow of Najam Sethi, the head of PCB’s Executive Committee.

In his second term Shaharyar, who is a highly civilized and sophisticated gentleman because of his royal background – quality education and Foreign Service, hardly enjoyed freedom and turned out to be a spineless chairman the Board had ever seen. Nobody in the Board and in public took Shaharyar seriously. The PCB management always looked towards Sethi because they knew that the final word would come from him.

Shaharyar made a number of compromises, took numerous U-turns and accepted the treatment of a less important head of the PCB in his second term. Because of Sethi’s invisible authority he failed to implement decisions taken in various meetings of the governing board through his dicey chief operating officer Subhan Ahmed who kept on hovering around Two Bigs. For example, the degrees issue of PCB employees has not been resolved as yet. Aizad Syed and Zakir Khan two of of the employees who has yet to submit his degree. Years back former mediocre Test cricketer Ramiz Raja had introduced a culture in the PCB which was to adjust those blue eyed friends. Two mediocre cricketers Mohsin Kamal and Ali Zia were inducted then. Ramiz left the Board but the culture grew stronger under Dr. Nasim Ashraf, Ijaz Butt and Zaka Ashraf. Sethi further strengthened the culture and Shaharyar did not make any effort to change it. He also failed to snub lobbies within the Board which manipulate to promote favourite former cricketers for their personal gains.

Former employees of the Board who failed to produce results and whose utility for the organization was simply negligible were given lucrative jobs. Mudassar’s appointment is a sheer case of such a treacherous manipulation by a powerful lobby in the Board. Mudassar, a dependable opening batsman of yesteryears, has already worked in the National Cricket Academy (NCA) in the past without contributing anything of significance. He picked incompetent coaches Mohsin Kamal and Ali Zia in his team to groom upcoming cricketers. Mudassar’s reputation was damaged and he quit sensing his imminent sacking. To accommodate Mudassar afresh the academic qualification required for the post was dropped which was not fair at all. The former cricketer of Mudassar’s stature should have shown some grace and refused the job in the first place. The former opener has once again fallen in the deep mire of the NCA. On his insistence Ali Zia is back in the NCA who had been earlier transferred to PCB because of his pathetic performance.

Take the case of Haroon Rasheed who failed as chief selector. After shown the door he publically moaned that he had no house to live in. One wonders that a person who has been associated with the Board since long, earned millions without contributing anything of significance mourns of his poverty. Haroon is still vying for the job of Director International Cricket. A test case for Shaharyar who now has got Patron’s blessing.

Though Shaharyar doesn’t need a piece of advice yet this scribe can’t resist to offer.  Shaharyar would have to change his habit of frequent media talks. He would have to get rid of giving a statement in the morning, another in the evening and yet another but completely different next morning. In his recent statement Shaharyar indirectly disowned his own hand-picket chief selector saying: “Fawad Alam should have been in the team touring England”.

Shaharyar will have to implement his decisions effectively and bring the players under a strict Code of Conduct. For instance, he directed the England bound nation team not to keep their families with them on tour but later succumb to their protest. Such U-turns reflect a weak PCB management that doesn’t possess muscles to implement its decision. He should have avoided offering players additional pay for playing in the first-class domestic season. Shaharyar would have to assert his full authority to bring a visible change in the working of the Board from top to the bottom.

Will Shaharyar act as a de facto chairman of the PCB or the business would be as usual? Will Sethi allow Shaharyar to work freely? He is giving signals that he would not accept anything less than an independent PSL. He will not sit back calmly and strike when an opportunity came in his way. Till now Shaharyar has been successful in prolonging the PSL issue and after getting a nod from the Patron he will not allow Sethi to lead an independent PSL. And how Shaharyar would survive in that scenario is to be seen?