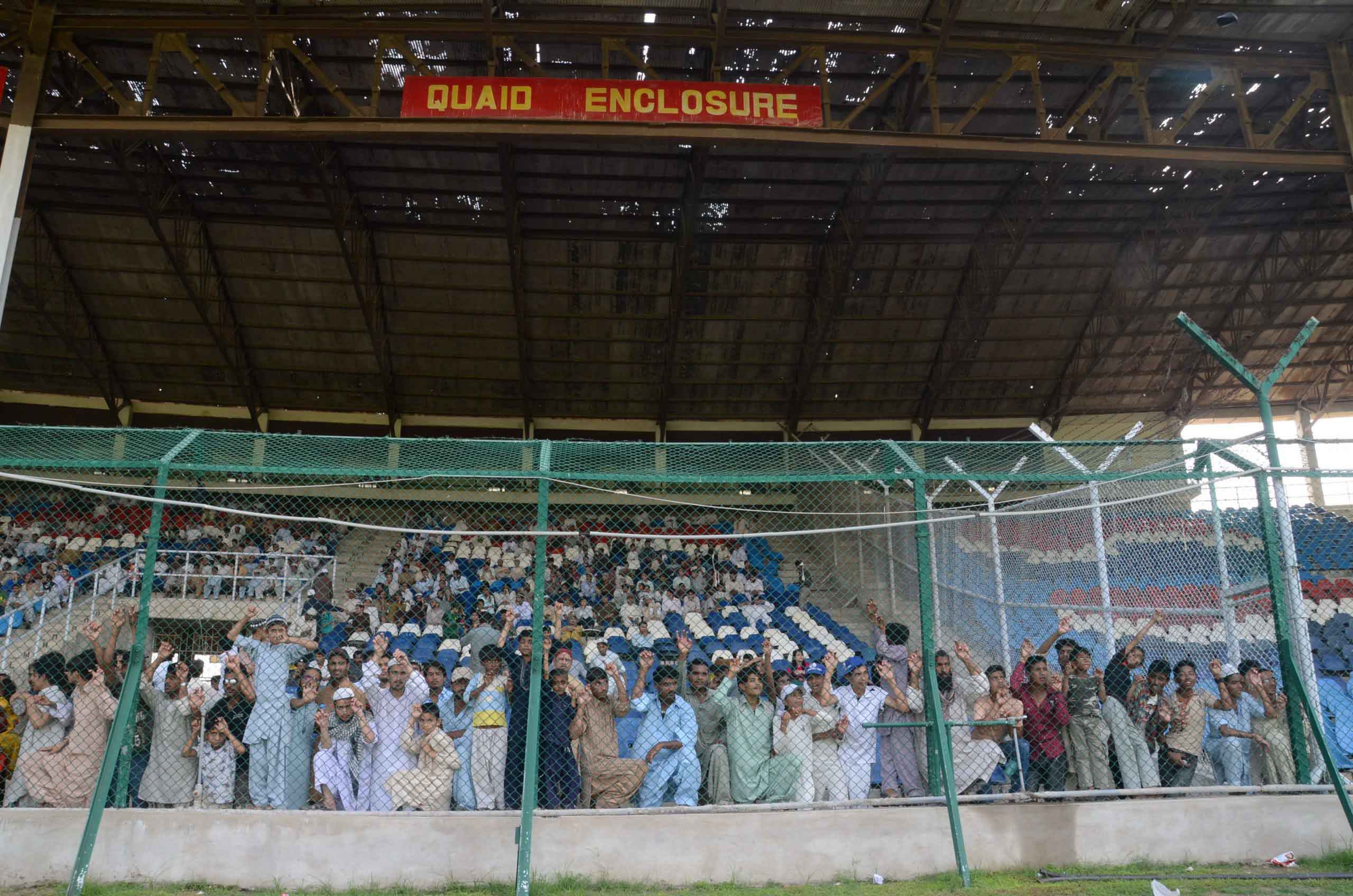 The PCB has at long last decided to convene its general body meeting in Karachi after a fairly long gap. It is hoped that the meeting will be held at the National Stadium Karachi and the agenda will include discussions on the steadily deteriorating condition of the National Stadium which is the Crown Jewel of Pakistan Cricket.

It has been an object of neglect by succeeding PCB Managements and as such is in a condition of dilapidation. No doubt the absence of international cricket in the country is one of the reasons for the poor maintenance of our Test cricket grounds but it does not mean that such a historic venue should be left to the mercy of lower staff who do not know its significance, and who are not empowered or competent to look after this prime property. It is the prime venue along with the Gaddafi in Lahore for holding important domestic cricket tournaments.

NSK has 60-year history but unfortunately it has been neglected by successive management teams. It staged its first official Test match against the touring Indians in 1955.Until international cricket disappeared from Pakistan in 2009 a total of 41 official Tests were played on this venue. Pakistan won 21 and lost just 2 – one against England in 2001 and the other versus South Africa in 2007.

I can’t forget the words of Denis Lillie, the great fast bowler of Australia. When he visited Pakistan in 1979-80 with Greg Chapel-led Australian team and played a Test match at NSK, he declared it a “horses’ stable” and also said if he had power he would have the stadium shut.

At that time spectators saw the matches in scorching heat in summer. There was no toilet facility and often police brutally tortured the spectators when they agitated due to absence of basic facilities.

But because of organising the World Cup in 1987, the stadium saw some development work. It was totally covered by a roof of metal sheets to save spectators from intense heat.

This did not last long and after the ICC event the NSK once again fell into decay because of sheer neglect. NSK has continued to suffer from step motherly treatment by the PCB authorities.

The Gaddafi would have suffered the same fate had the Headquarters of the PCB not housed in that venue.

The NSK has been managed by a lower grade skeleton staff who have no qualifications and have shown little interest in its upkeep and improvement. A visit to the stadium will prove our point about the dilapidated state of the stadium.

Low-grade officials do not understand the importance of NSK where Pakistan did not lose a Test match for almost 50 years. It is the place where Pakistan have played the highest number of their test matches (41).

The metal roof of Hanif Muhammad’s stand and a couple of other stands is now rusted and may collapse any moment. There are also some open patches which necessitate replacement of the roof.

The parking lot is full of debris and the roads of the stadium are full of pot holes. The PCB is still undecided what should be done with its parking area which it wants to convert into a ground for first class and other matches.

Hundreds of tons debris has been dumped at that place but for what purpose is anybody’s guess.

When you enter the stadium, a deserted and ugly look of NSK welcomes you.

The same ugliness is seen when you are on the NSK bridge passing over Sir Shah Suleman Road, although it could be a scenic view if properly maintained.

The PCB governing body members must think about it and take steps to properly maintain NSK.

The condition of its toilets and bathrooms and various stands named after famous former cricketers which was never satisfactory is now deteriorating day by day. Potable drinking water for the spectators is out of the question.

NSK doesn’t even have a qualified curator since the retirement of Ahsan Arain. One can imagine how the affairs of such a stadium are being run.

Teams that play here complain of the poor standard of its pitches. And it is due to PCB’s negligence which did not take good care of its wickets.

It may be noted that at a time when PCB is not paying attention to NSK, private organizations are developing and maintaining their own cricket grounds because of the popularity T20 cricket.

It is a good sign that PCB has completed the development of its regional cricket academy at NSK and maybe this would change the condition of NSK, as PCB would have to pay attention to the affairs of its cricket academy. And it might think about rebuilding the ruined parts of NSK.

After the meeting of the PCB Governing Body at NSK and inauguration of the regional academy the members would themselves have witnessed the condition of NSK and they would not have any excuse in this respect.