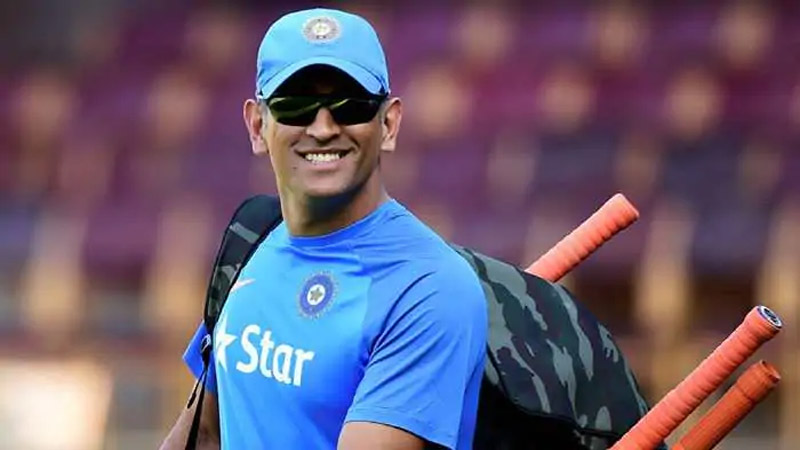 There is the cub. And then the lion. But Mahendra Singh Dhoni was never a cub. He was the lord of the cricket field really from the first season and made an exceptional place in the history of the game, a chapter that can be revisited countless times. Every time you discover a man so intense, so intriguing, like few.

Various greats have made a huge impact on the game in different eras. So has Dhoni in an age that has seen cricket grow as a competitive sport in three formats, each challenging your innate ability to excel. Cricket is now talked of as red ball and white ball. There are some who are specialists in Tests and many who are successful in limited-overs cricket. Dhoni was a supreme example of an athlete who knew how to preserve himself.

It is this quality to control his energy that set Dhoni apart. His strokeplay was robust. There was nothing silken about his batting. It was not attractive but it was effective. He, however, was good at channelizing his strength. The purist may not have enjoyed his style but the team was happy. His captain was happy and that mattered most.

Dhoni was a natural cricketer. He rose from the ranks, from the dusty cricket grounds of Ranchi to capture the imagination of the cricket world. His biggest admirer was Greg Chappell, known for an eye to spot the gifted players. Chappell influenced Dhoni’s cricket and philosophy during his stint as coach of the Indian team and the wicketkeeper-batsman did not disappoint his fans. He grew in stature with every season.

It was the knock of 148 not out against Pakistan at Visakhapatnam in April 2005 that proved the decisive moment of his career. He had failed in his first four innings and knives were out to get him. Another failure would have added to the pressure. In a move that can be described as a master-stroke, Sourav Ganguly slotted Dhoni at No 3 and told him to bat his natural way – the aggressive way.

Dhoni was a natural cricketer. He rose from the ranks, from the dusty cricket grounds of Ranchi to capture the imagination of the cricket world. His biggest admirer was Greg Chappell, known for an eye to spot the gifted players

“It was a good opportunity and I grabbed it. I was not at all surprised when I was sent at one down, “was Dhoni’s measured response after the innings that established his credentials in a glorious manner. His journey was put on a racy path that day. Who would have known that 29 months later Dhoni was to lift the inaugural World T20 title with a pulsating win against the same opposition!

The majestic ticker parade accorded to Dhoni’s team in Mumbai for winning the World T20 was a precursor to some notable feats that earned him a place as an all-time great. The 2011 World Cup triumph was followed by the Champions Trophy win two years later making him the first captain to win three ICC world titles. For a youngster who struggled to gain the attention of even the zonal selectors Dhoni had come a long way.

Dhoni was an unorthodox cricketer. His technique was an innovation created from the many battles he fought single-handed. He strove to finish the games and sometimes contrived to take the contest to the last over. He loved to be in the thick of action and it reflected in his approach. Nothing could shake his resolve. He did not fear failure and that shaped his leadership qualities.

He was never in awe of big names. To have led stalwarts like Sachin Tendulkar, Rahul Dravid, Sourav Ganguly, Virender Sehwag, Harbhajan Singh, he emerged as the most important man in Indian cricket. He was accused of being aloof. There were times when even the National selectors could not reach him but that was Dhoni for you. Without being disrespectful of his seniors he could command respect and set his own set of rules in the dressing room. Performance was the only criteria for winning the heart of this small-town hero.

Dhoni was an unorthodox cricketer. His technique was an innovation created from the many battles he fought single-handed. He strove to finish the games and sometimes contrived to take the contest to the last over

His small-town background inspired many across the country to dream big. Every kid, in a remote village or town, could back himself to wear the India cap. Dhoni had shown the way. This was a huge contribution by Dhoni as cricket travelled to small centers and the pool of talent grew enormously, much to the delight of fans and the administrators.

He had a niche following as a Chennai Super King star. His fan club was an indication of his popularity as the franchise trusted him to deliver. CSK and Dhoni have been a glorious episode in the history of Indian Premier League (IPL), according to him a status unmatched in modern times. He has been a reliable brand ambassador on the commercial circuit and his love for the nation is second to none.

Dhoni has remained a private person all through his career and a thorough professional, unflinching and ever-improving. It is apparent that Dhoni would like to give himself a couple of IPL stints more and that should keep his fans happy. Cricketers like Dhoni come once in a lifetime!