It is now half a century since I have been commentating on International and Domestic Cricket over Radio and Television, throughout the cricketing world. I have covered Test, ODI and t20 matches, in all the Test playing countries by and the UAE (except of course the new additions Afghanistan and Ireland which are yet to play a Test although they have been granted Test status).

Throughout these venues I found amenities and facilities for players, media and spectators have undergone remarkable improvements over the years. This is more so where ICC and ACC events have been held – India, West Indies, New Zealand, England, Australia, South Africa, UAE, Bangladesh and even Sri Lanka.

The transformation of the stadia where World Cups have been held have undergone significant improvements. Because of these changes it is a pleasure for the common spectators to watch the game from the stands. The changes in the media centres, and the catering facilities there are comparable any 5 star restaurant.

Most grounds have floodlights now, and the seating facilities are comfortable and the washrooms, and other amenities neat, clean and easily accessible. This has been possible because of the funds provided by the ICC/ACC as well as the local boards.

Pakistan is perhaps the only country with a passion (it is more than that – it is addiction) for cricket where the grounds (or stadia as they are now referred to) have deteriorated beyond recognition because of carelessness and lack of maintenance. The ICC World Cups were held in England (1st three) and then brought out of the isles to the subcontinent and then by a system of rotation have also been held in South Africa/Zimbabwe, West Indies, Australia/New Zealand.

Vast funds were made available to upgrade these grounds and the various boards kept maintaining them. Pakistan co hosted the ICCWC in 1987 and 1996 and was due to do so also in 2011 before being rejected for security reasons. In spite of this PCB received a very welcome “hosting” fee of US$25 million without having to spend a single cent – not a bad bargain financially. The Pakistan venues included Karachi, Hyderabad, Peshawar, Gujranwala, Rawalpindi, Faisalabad, Lahore and Rawalpindi. 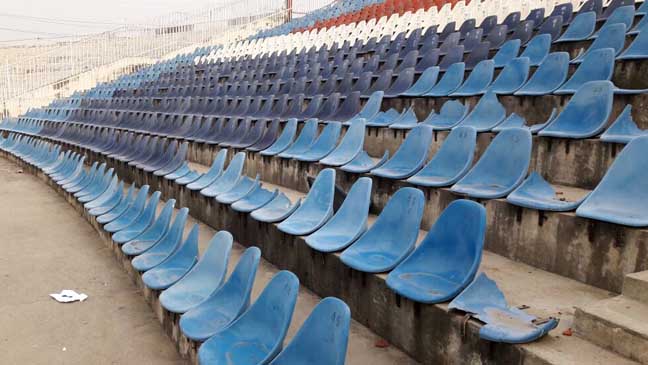 These venues became comparable to any international venue. But while the other countries spent efforts, funds and care on maintenance PCB let these grounds deteriorate. It was nine years later that the World Cup came back to the subcontinent and once again the venues received a revamping and facelift. This time it was four grounds in Punjab – Lahore, Gujranwala, Faisalabad, Rawalpindi; one each in Sindh (Karachi) and one in KPK (Arbab Niaz Stadium Peshawar).

In Sindh Hyderabad was dropped. In the late nineties and onwards instead of maintaining and improving these grounds the PCB added a number of stadium from Abbottabad, to Quetta including one in Garhi Khuda Bukhsh, and other smaller towns in KPK, Punjab and Sindh. Since the Lahore tragedy PCB shifted its international headquarters to UAE (for playing cricket) paying vast sums of money to the owners of the 3 grounds in UAE and spending huge sums of money on hosting international teams and also on their own Officials. This goes on even now; a nominal match or two of PSL or 2 or 3 T/20s are staged at Lahore.

Time and space do not permit to ask all the questions that come to mind.PCB is busy concentrating on its headquarters ground the Gaddafi Stadium. For Pakistan’s international commitments be they Tests or ODIs and T/20Is, which the PCB hosts as their “home” series , most of the officials and families go on a month or six weeks all expenses paid holiday in the expensive and lavish environs of the UAE where PCB holds their “home” series. There is little work for the PCB personnel as most of the jobs are outsourced – accreditation, ticketing, transport, accommodation, catering and security.

Domestic Cricket in Pakistan is played under some hurriedly prepared schedules at the broken down grounds devoid of necessary amenities and facilities in Karachi, Faisalabad, Multan and Rawalpindi depending on the weather conditions. Events are scheduled to fulfill the calendar. The importance of the domestic fixtures can be gauged from the fact that a senior member of the Board of Governors of the PCB suggested doing away with the flagship event of the country’s cricket – the Quaid e Azam Trophy which is a regular feature since 1953.

I covered the QEA Trophy Final at the NSK which is undergoing face lifting and revamping for the promised PSL final in Feb/Mar 2018. By the looks of it the past glory of the NSK is far from reality but there are pitches and outfield and any cricket match can be played there. There is lot of talk of the money spent by PCB on emoluments, perquisites etc and also on legal fees allocated for the legal eagles who are suing BCCI on behalf of the PCB in what appears a weak case.

Our domestic cricket should be systematically organized. These days except for PSL no one has the foggiest idea when the premier domestic tournaments would be held or where or who will be participating. Let us get our act together. I will not comment on how much the coffers of the PCB hold but I am sure they have enough to revamp and modernize all domestic grounds

PCB has a very competent Legal Advisor and also an excellent Legal Senior Manager. But these are used for appearing on TV shows to present the PCB “defence” in mis-conduct cases of the likes of Sharjeel Khan and Khalid Latif. They forget that the personalities “grilling” them may be are brilliant TV anchors and not judges well versed in the law. Maybe the PCB’s media department’s advice is taken in these matters.

Domestic cricket over the years have also received step brotherly treatment at the hands of the electronic and print media. Radio Pakistan is now near bankruptcy and as such has not covered international or domestic cricket for almost fifteen years.

Some FM Channels do that “off the TV screens” sitting in the studious – a ridiculous state of affairs. PTV has deteriorated in all forms – production, camerawork, commentary, administration, professionalism. I should stop here as it pains me to see these organizations in a state of decay. It will be pertinent to point out here that the coverage of cricket by PTV was certified as second to none by the BBC TV way back in 1980.

PTV were invited to Sharjah by the CBFS. PTV also sent out their commentary teams to cover Pakistan’s matches when played abroad. Radio Pakistan covered every match from the venue including those played abroad. Those at the helm of affairs of PTV and Radio Pakistan should take cognizance of this is set things right. They can if the will is there.

In all fairness to the PTV crew the equipment at their disposal is of respectable antiquity. The cameras are outdated, the IT system has not been upgraded for the last decade and the Statisticians are not even provided with a printer. There is no “talk back” for the commentators – in other words there is no communication available between the director/producer and the commentator.

Well let us just leave it at this for the moment…… If money is the problem PTV has invited foreign “experts” from around the world for Pakistan’s international matches at astronomical costs. They all speak in English “of a sort” and PTV insists their sports programmes should in Urdu. Makes the mind boggle.

All this can be corrected if the standard of domestic cricket is improved and so also the coverage by the electronic media (and this is not a cliché). The venues are brought to match international standards and stringent rules and regulations are enforced. I am not for  one moment suggesting that we stop our players from earning extra money by participating in Leagues from Bengal to Barbados (Ordinary, Global, Super, Premier), Bashes (Big or Small), Ten /Ten, or Five/Five; or Hong Kong Sixers –I am all for it but not at the cost of our own product.

Our domestic cricket should be systematically organized. These days except for PSL no one has the foggiest idea when the premier domestic tournaments would be held or where or who will be participating. Let us get our act together. I will not comment on how much the coffers of the PCB hold but I am sure they have enough to revamp and modernize all domestic grounds.

Grounds as all over the world these days should be leased to sponsors. Philanthropic Sports Personalities should be approached for funds. Others have done it; why cannot we? Our Media and Marketing Departments should be woken up from their slumber and get us lucrative sponsors. 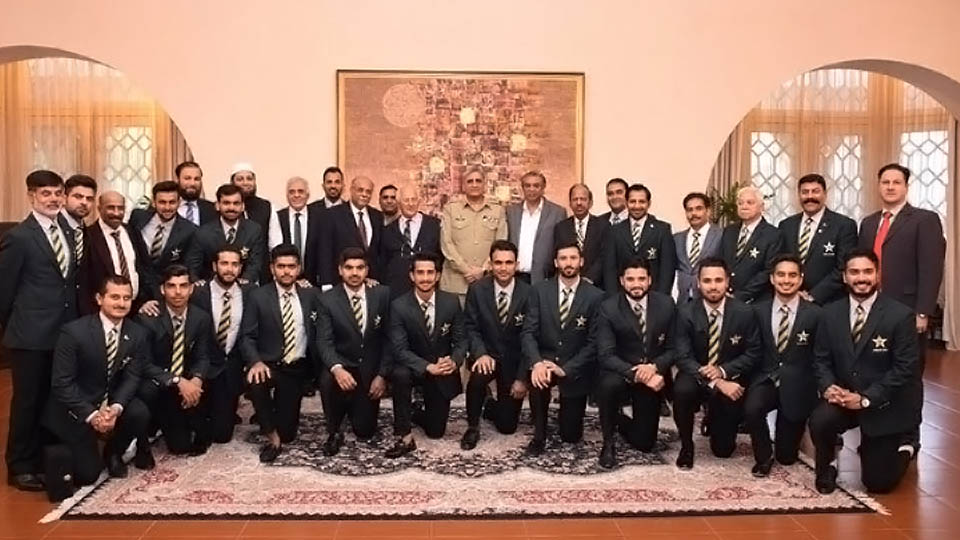 Rise up and keep standing for the ICC CT 2017 Winners 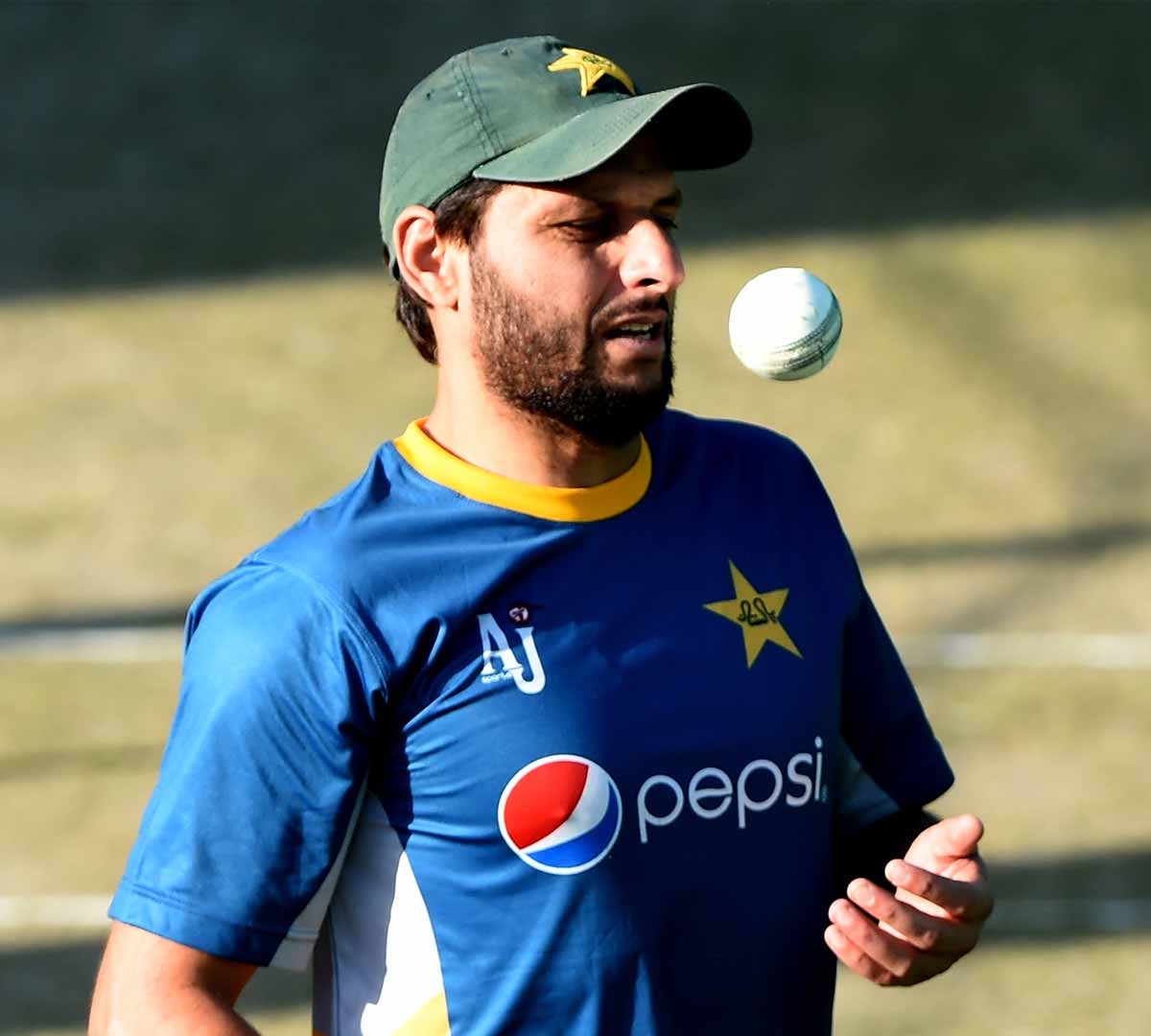