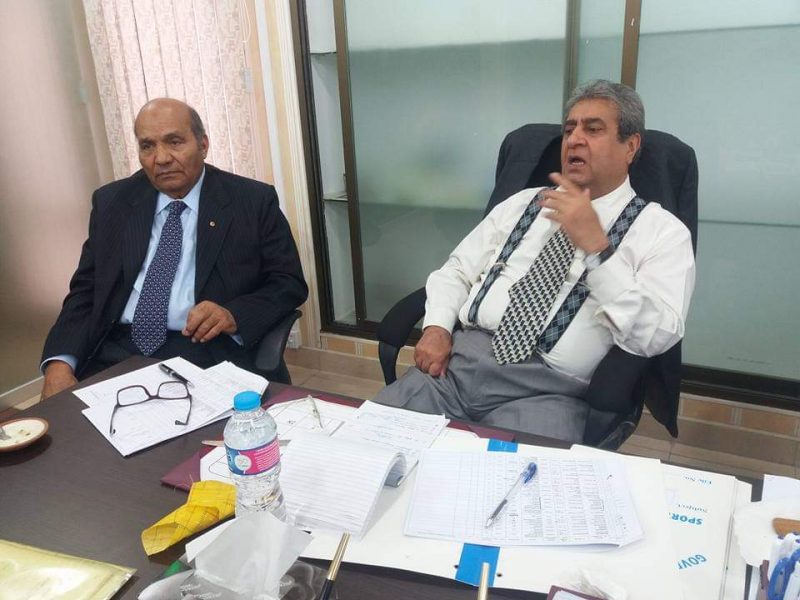 Mian Muhammad Munir, former Council member of Pakistan Cricket Board, has made a startling disclosure saying: “Initially Khalid Mahmood was head of the Inquiry Committee to probe the match-fixing allegations against our cricketers during 1990s, but after he (Khalid) was appointed as Chairman of the Board Justice IJaz Yousaf replaced him.

Mian Munir, who was a member of the Inquiry Committee, said he was averse to join in the ongoing controversy in Pakistan that has opened a new Pandora’s box but couldn’t resist because he felt it his national duty to put the record straight. “We shouldn’t distort history to mislead our present and coming generations”, asserted Munir in an exclusive talk with Scoreline from the United States. He revealed that in early December 1997, the PCB Council meeting chaired by then Chairman Syed Zulfiqar Bokhari had appointed Khalid as head of Inquiry Committee to probe the match-fixing allegations against the cricketers. The Committee couldn’t hold its initial meeting due to obvious reasons. Meanwhile, Khalid succeeded in his maneuvering to become chairman of the Board in January 1998 while Zulfiqar Bokhari still had two months to complete his three-year term.

After becoming chairman of the Board, in the Council meeting Khalid asked Justice IJaz Yousaf to head the Inquiry Committee. Munir, manager of Pakistan cricket team in the Sahara Cup in Canada and on Indian tour, recalled that under Justice Ijaz Yousaf, the Committee comprising Nusrat Azeem from Karachi and he (Munir) interviewed more than 50 people including cricketers and team officials. “We were in the process of compiling our report when Pakistan team had to leave on South African tour at the end of January 1998. We called an emergent meeting of the Committee in Quetta and prepared an Interim report so that the team selection could be finalized. Salim Malik and Wasim Akram were dropped. The team left for South Africa under the captaincy of Rashid Latif”, Munir said.

It is interesting to recall that Rashid was injured before the first Test. Amir Sohail led the team in his absence. First Test was drawn. Pakistan team won the second Test. Khalid Mahmood sent Wasim Akram to South Africa to disturb the winning combination of the team. He took this decision without taking consent of the selection committee and approval of the council. Chief Selector Salim Altaf resigned in protest as he was bypassed by Khalid who had no power to send Wasim or any player. And the history repeated itself: Wasim joined the team in the third and last Test match which Pakistan lost.

Munir said that later we presented our final report in the Council’s meeting but Khalid avoided it to be discussed in the House. “Every good institution holds its internal inquiry against their employees and fires or exonerates them. They are given the right of appeal against the decision. Justice Ijaz Yousaf was then a sitting Judge of the Balochistan High Court who later retired as Judge of the Supreme Court. “In fact, Majid Khan wanted to implement the recommendations made in the report and take stern action against the match-fixers to end the issue for ever, but Khalid was adamant and did not agree with Majid. How could Khalid ignore or set aside the report? In fact Khalid’s motive was to save the tainted cricketers. Why? That was the real cause of difference between Majid and Khalid”, he said.

Munir urged upon PCB to leave behind the ugly incidents of the past and move forward to secure the future of Pakistan cricket. “We have good talented cricketers in the country who should be educated and mentally groomed from the district level to stay away from such undesired things. I urge upon PCB management and Head Coach & Chief Selector Misbahul Haq to take concrete steps to implement a Zero Tolerance Policy to save our national cricketers from the ill of match/spot-fixing”, Munir concluded.