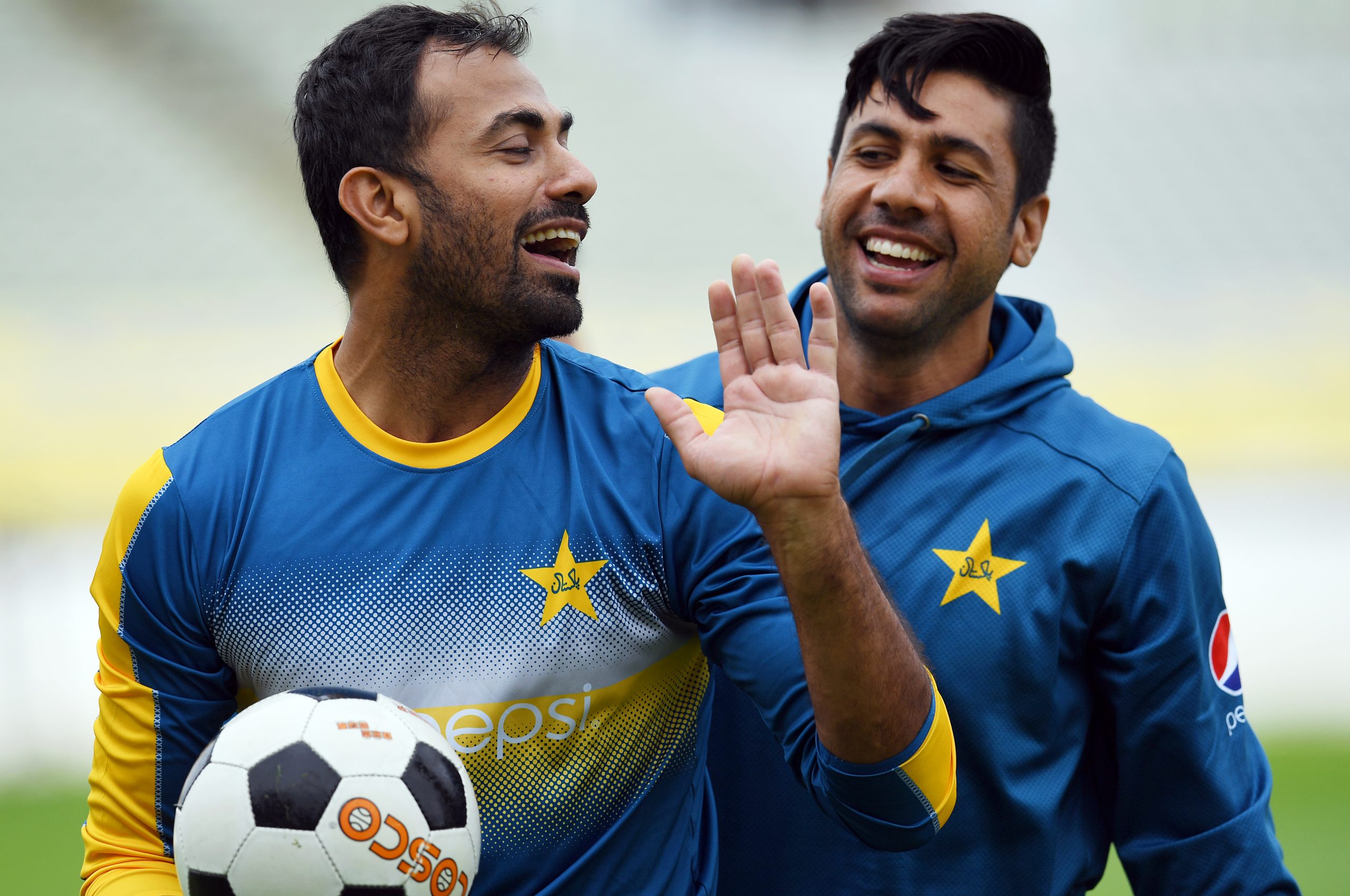 The weather which till this morning had been inclement improved towards the afternoon when we also had the sun peeping out periodically. It is forecast to be cloudy but not really rainy tomorrow the 3rd August and hopefully the crucial Test between Pakistan and England will begin on time although we may be very lucky to get in a full day’s uninterrupted play. Today the Royal Londoners matches between Middlesex and Surrey at Lord’s , Gloucestershire and Essex at Bristol, and Kent and Sussex at Hove were all hit by the wet weather. Rain is forecast for the northern parts of Britain for the next two days but hopefully the thunderstorms and rains will be at a minimum in the midlands.

Tomorrow’s match is of utmost significance to both the sides as the winner will then ensure that they do not lose the series. This is also England’s 500th “home” Test Match; and also they have won three of their last five Test matches here. Pakistan were soundly defeated in 2010 (all out in one innings for 72). The last time England suffered a defeat in a Test at Edgbaston was against South Africa in 2008.

The pitch which of course has been covered will probably be greenish. As such England have  already announced their playing XI. The have brought back Steve Finn in place of the injured Ben Stokes; so Jake Ball and Adil Rashid miss out again. Moeen Ali who has gained in confidence and skill of off spin is the solitary spinner in a support role for the fearsome foursome of Anderson, Broad, Finn and Woakes. England’s batting is too heavily dependent on two batsmen with four lettered names – Cook and Root. It is high time that Hales, Vince and Ballance   justify the selectors’ continued faith in them and provide substantial contributions. England have a very strong and dependable lower  middle and lower order with Bairstow, Moeen, Woakes and Broad all good for meaningful scores.

Pakistan on the other hand are still finalizing their line up. Shan Masood may not be given another chance and the 20 year old Sami Aslam will be drafted to pair with Mohammad Hafeez. It is a possibility that one of the right arm pace bowlers Imran or Sohail Khan may come in place of Wahab Riaz whose bowling since Adelaide has been “full of sound and fury signifying nothing.” Because of the weather and pitch conditions it is highly improbable that Zulfiqar Babar will come out of his substitutes’ pink bib.Misbah’s trump card will be Yasir Shah and he and Pakistan are both capable of bouncing back. England will have to negotiate him not as they did at Lord’s but as they did at Old Trafford.

Pakistan’s Chief Coach who was being hailed as the panacea to all of Pakistan’s cricketing woes after Lord’s has come out with comments at a press conference which can seriously be considered funny. Just to quote his opening line from the press briefing “we need to raise our game considerably…..” Yes Mr Arthur even Socrates would not have thought up of this aspect of Pakistan’s poor performance. Moreover, the tour management or perhaps only Mickey Arthur have now after a year or so realized that they need Hafeez to bowl as well and have drafted the services of an English bowling coach Carl Crowe who is supposed to have corrected the action of Sunil Narine. Why now? and why not recruit our own Saqlain Mushtaq who helped Saeed Ajmal correct his action. Mysterious are the ways of the PCB.

Pakistan are fortunate in having the stewardship of the cool, calm, composed, dignified, unruffled Misbah ul Haq. Misbah leads by example and his leadership and performance are both of the highest and admirable standards. Misbah is repected and praised by all in England whether they be the present opposing players, the ex players or the analysts, commentators and experts. But he has been a lone ranger in the batting department in particular. The openers have failed. Younus and Azhar have been woefully out of form. Only Asad Shafiq and Sarfraz Ahmad have provided some support to the captain. The fielding needs to be spruced up. Shan was brilliant and if he is replaced by Sami (most) probably) or even Rizwan both are excellent anywhere in the field.