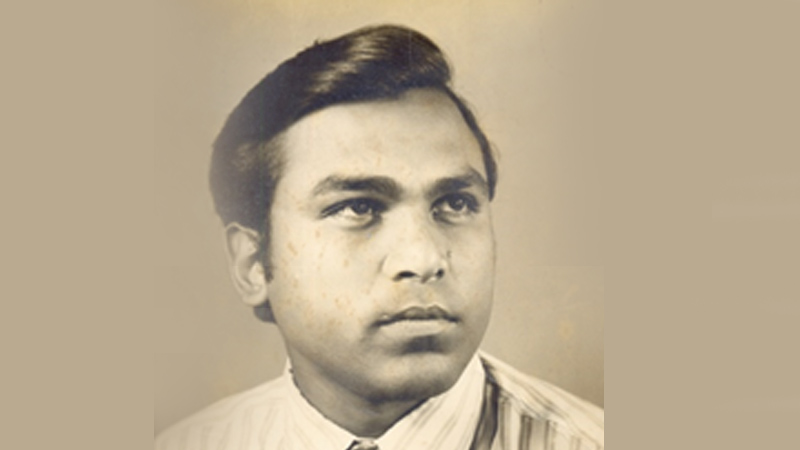 Pakistan’s famous cricket scorer and statistician of 70s, 80s, and 90s and beyond, Bernard Lawrence famously known as Ben Lawrence passed away peacefully at his residence in Karachi on 13th August 2020 at the age of 81. Bernard is survived by his wife, three sons, two daughters, two grandsons, nine granddaughters, and one great-granddaughter.

Bernard wanted to be a GD Pilot for Pakistan Air Force and after graduating from St Patrick’s High School he successfully passed the aptitude test but failed in the eye examination. He entered the field of advertising in Manhattan Pakistan which was based in Nursery, Karachi. He continued to work in the advertising and marketing field until his retirement a few years back.

Ben absolutely loved playing and watching cricket. He played among some cricketers who went on to represent Pakistan. One notable such name is Zaheer Abbas. He started compiling records of Test cricket for both matches and individual cricketers. When PTV first telecasted live Test match Ben assisted famous commentators of that era like Omer Kureishi (late), Iftikhar Ahmed, Chishty Mujahid, and Munir Hussain (late) with progress scores and statistics of the teams and individual cricketers.

He also published numerous books on cricket. Ben toured England to cover matches for Pakistan Radio in 1983 World Cup, India in 1986/87 and Australia for 1992 world cup. He was scoring for Radio Pakistan at the MCG, Melbourne which Pakistan won. He was also covered the entire CBFS series in Sharjah starting from April 1984.

His contribution to the cricket fraternity in Pakistan and abroad had been phenomenal. He designed and invented a new cricket scoring sheet that is being used by many scorers around the globe. He was the pioneer in keeping records, scoring and was involved by contributing his expertise in many workshops and coaching seminars organized by various organizations around Pakistan to help and train upcoming scorers and statisticians.

He was a regular contributor in providing records, information etc. to famous cricket magazines like, Akhbar-e-Watan (Urdu magazine run by Munir Hussain), The Cricketer, and many more publications. He was dedicated and passionate about providing correct and updated information and analysis.

Bernard was a devoted father who ensured that his children attain the best possible education and do well in their lives. He had a big heart and helped numerous extended family members and friends in any way he could.

Bernard funeral was held on 16th August 2020 and he was laid to his final resting place at Gora Kabaristan, Karachi.