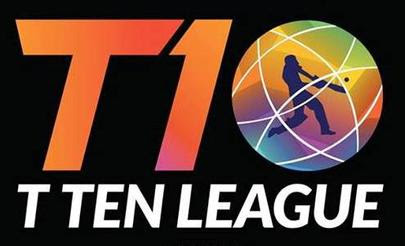 April 30, 2020 | By Muhammad Asif Khan
Karachi: The chairman of the T10 Cricket League Shaji Ul Mulk has categorically denied any association with Deepak Agarwal – the co-owner of a T10 franchise, SINDHIS and was suspended by the International Cricket Council for breaching it’s anti-corruption code in the 2018 edition of the league.
Talking to this correspondent, Shaji Ul Mulk further said that Deepak Agarwal was initially proposed as one of the owners for Team SINDHIS for the 2018 season and as part of the procedure clearance from the ICC was sought.
“We always seek the clearance of all team owners from the ICC anti corruption unit. Prior to the 2018 edition the ICC did not grant clearance and we promptly took action to remove Deepak Agarwala from the ownership of the team before the start of the league”, Shaji Ul Mulk said.
“The ban imposed by ICC  on Deepak Agarwal has nothing to do with any activity related to the T10 Cricket League”, the league owner asserted.
International Cricket Council banned Deepak Agarwal from all cricket for two years, with six months of that suspended, after he accepted one charge of breaching the ICC anti corruption code.
“Agarwal was charged as a participant under the Code due to the fact he was one of the team owners of the Sindhi’s franchise in the 2018 T10 Cricket League. The charge is as follows:
Article 2.4.7 – obstructing or delaying an investigation, including concealing, tampering with or destroying any documentation or other information that may be relevant to that investigation and / or that may be evidence of or may lead to the discovery of evidence of corrupt conduct under the ICC Anti-Corruption Code”, ICC statement read.
“SINDHIS team doesn’t exist anymore”, T10 chairman remarked adding that they would continue to work closely with the ICC to uphold their zero tolerance policy.
“We will continue to work closely with the ICC anti corruption unit to uphold the integrity of the game of cricket”, Shaji Ul Mulk concluded.