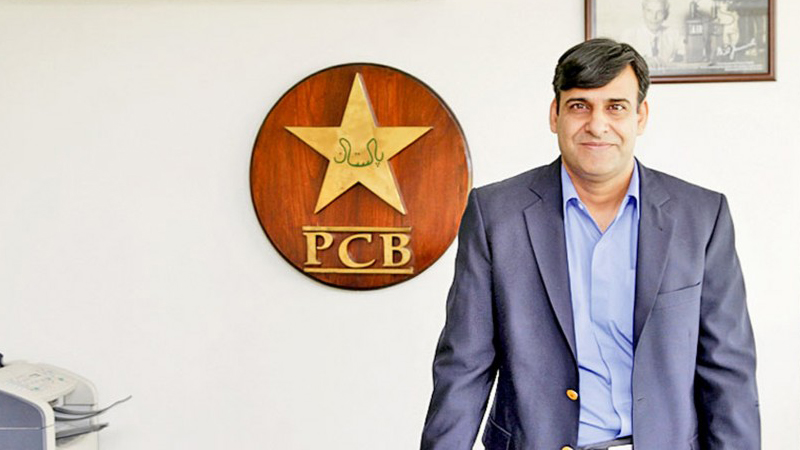 A serious power-struggle has started in the PCB between British born Cheif Executive Officer (CEO) Wasim Khan and Chief Operating Officer (COO) Subhan Ahmad, an official from the Stone Age. According to media reports, Subhan is not satisfied with the working of his boss to whom he reports.

Amid these differences he had gone on annual leave which he consumed and didn’t join his duty. He took another one week leave to demonstrate his frustration.

ScoreLine had forewarned Wasim Khan: “Mark our words that Subhan would wait for the right time to sting. He has been nurtured and mastered in this art of backbiting”.

Recent media criticism on Misbah and ouster of Sarfraz has provided Subhan an opportunity to strike. His timing is good. But the question is that if he would swim through the troubled waters.

We all know crafty Subhan whom if you ask to sit on a stool outside the office of any influential in PCB he would readily oblige to save his job. After serving over two decades in PCB, Subhan has established his roots in the Establishment that matters and always used those connection to safeguard his job and interest. Don’t we know that a FIA inquiry against him is still pending?

Further Imran’s position has become weak in the aftermath of Nawaz Sharif’s bail and his narrative: “Mein in Chorun Ko NRO ni doun ga” has been badly damaged. For Subhan this is a God given opportunity to sting and he would. ScoreLine had also forewarned in an article: “Beware Wasim Khan- PCB Mafia is after you”. But our warning fell on deaf ears.

The appointment of Wasim had raised our hopes that he would strictly run the Board on professional and corporate grounds and clean it from parasites. But we soon found him succumbing before the powerful lobby of the Board. I think Subhan would give a tough time.

However, if we make a comparison between Wasim and Subhan, the later stands nowhere near his boss. We have been observing that Wasim is making efforts to convince foreign teams to visit Pakistan. Sri Lankan are again coming to play two Test match series next month. Visits of Bangladesh and South African cricket teams are also in the pipeline.

Further Wasim is directly involved in expanding the volume of sponsorship in national cricket and is monitoring performance of his marketing team personally. So the efforts are being made. Whereas we haven’t observed Subhan making any effort to bring international cricket back in Pakistan. As COO his only interest was Pakistan playing in the UAE and earn TA-DA in US
Dollars.

Next few days could be very interesting to see as how Mani would handle tussle between his two top officials. We will also have to wait as what role Zakir Khan plays in the ongoing tussle. Mani and Zakir could play a vital role to end differences between them. However, if Wasim stood firm then the possibility is that both Mani and Zakir would support him and Subhan would have to sit on a stool or go home.