The serenity of the English summer of 2009 was quite contrasting to the hostilities on the cricket grounds in London and Nottingham as cricketing nations were embroiled in the 2nd edition of ICC World T20. Pakistan, a country marred with the epidemic of terrorism was looking for something to go her way. Pakistanis hoped that their team will go one step further and bring the trophy home. However, millions of fans were readying themselves to watch the next round sans Pakistan as the men in green were drubbed at the hands of England. Kamran Akmal’s blitz and his alacrity behind the stumps helped Pakistan dash to the super 8s. The victory was also attributed to a game-changing spell from a very important cog in the Pakistani armor.

After avoiding a shocking ouster, Pakistan took on Sri Lanka on 12th June at Lord’s. Pakistan lost the battle, and were castigated left, right and center. Fans were gutted by a leg side hoick by the player who took a 4 fer in the previous match. Once again, Pakistan’s chances of attaining glory became remote.

Perhaps, fate had something else in store. In less than ten days after the match, cameramen , reporters and a swarm of people were flocked in a house owned by Fazlur Rehman Afridi. The name of his son reverberated everywhere, from Lord’s to his hometown, Khyber Agency.

The man who changed the game against Holland with his leg spin and had conjured that ugly sweep was none other than Shahid Khan Afridi.

The then 29-year old Pathan redeemed himself ; he became a national hero from a pariah within a span of a fortnight. Yes, the maverick Afridi churned- out match winning performances in the semi final and final of the 2nd ICC World T20. Younis Khan proudly lifted the trophy .It was more than winning a World Event for Pakistan . The country was in the headlines for a reason to be proud of.

The chief architect of Pakistan cricket’s greatest glory after the 1992 World Cup victory, Shahid Afridi was praised by one and all, deservedly so. A career which entered its 14th year in 2009 was hailed and berated with the same panache. 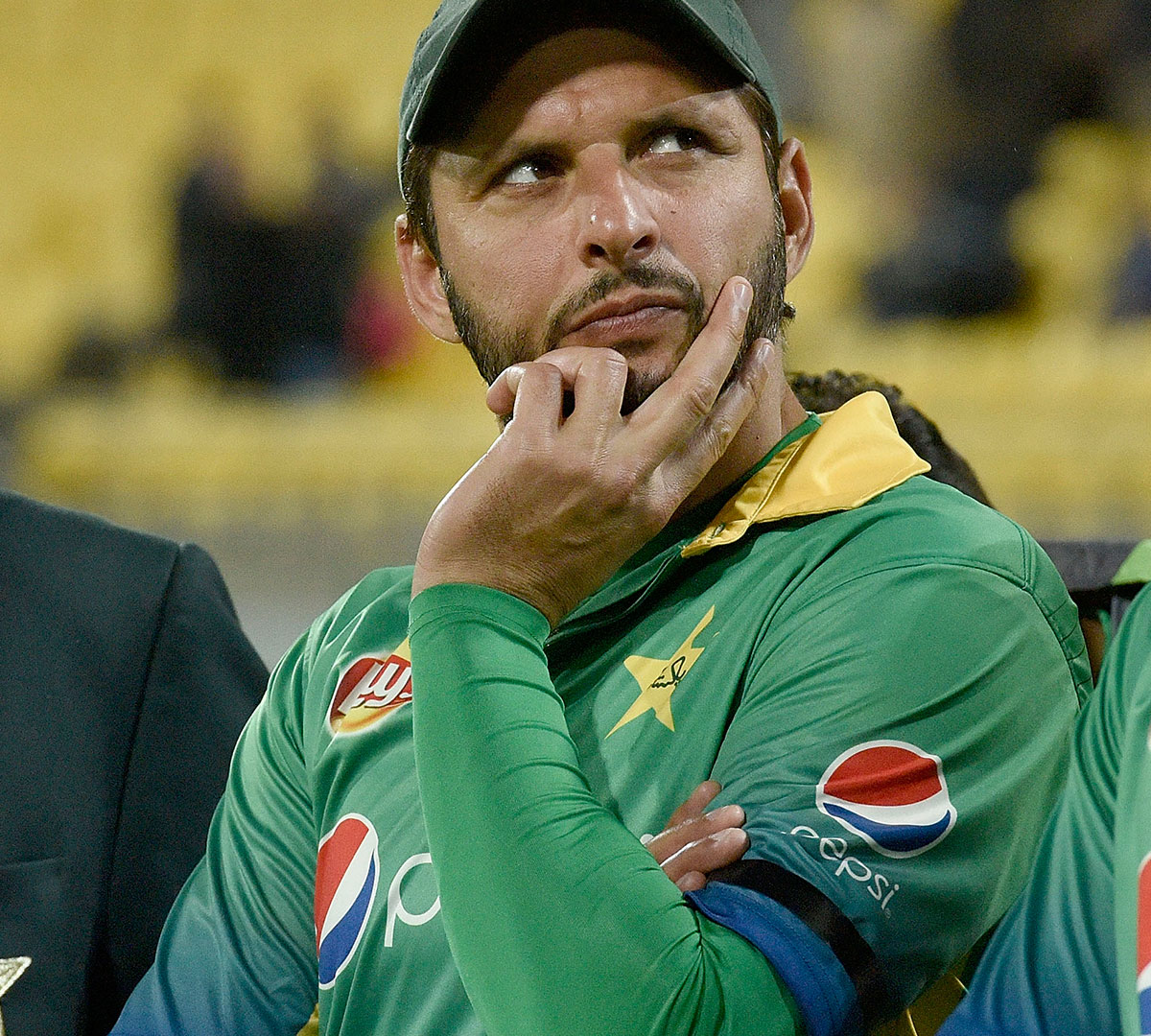 The hoick which ended his innings vs Sri Lanka was employed against the same bowler exactly 9 days later. The results and analyses on the shot were starkly different. The former shot labelled him as “hack” whilst the latter made people call him a responsible batsman. Albeit, the intent of the man was the same: bringing the country 6 runs closer to victory.

The tale of two innings typify how Afridi has been seen by everyone since his exploits at Nairobi in October 1996. The love-hate oscillation was attached to Afridi and ironically, he was a hero and a villain depending on which side of the fence the ball landed. A leg side flick of Lakshmipaty Balaji on 12th April 2005 was heavily criticized, for it ended his 40-run blitz. However, the very shot off Balaji saw everyone dance in ecstasy , since the ball was amidst the crowd at Kanpur three days later.

This was a constant theme in Afridi’s excursion. A leg spinner created a World record as a pinch hitter . The scud missiles as Ravi Shashtri called his hits, both their payloads and the ranges were enough to annihilate any opponent. Despite the fact that he took 3/48 in the next ODI, Afridi had convinced his fans and team members that he had the talent to strike big. 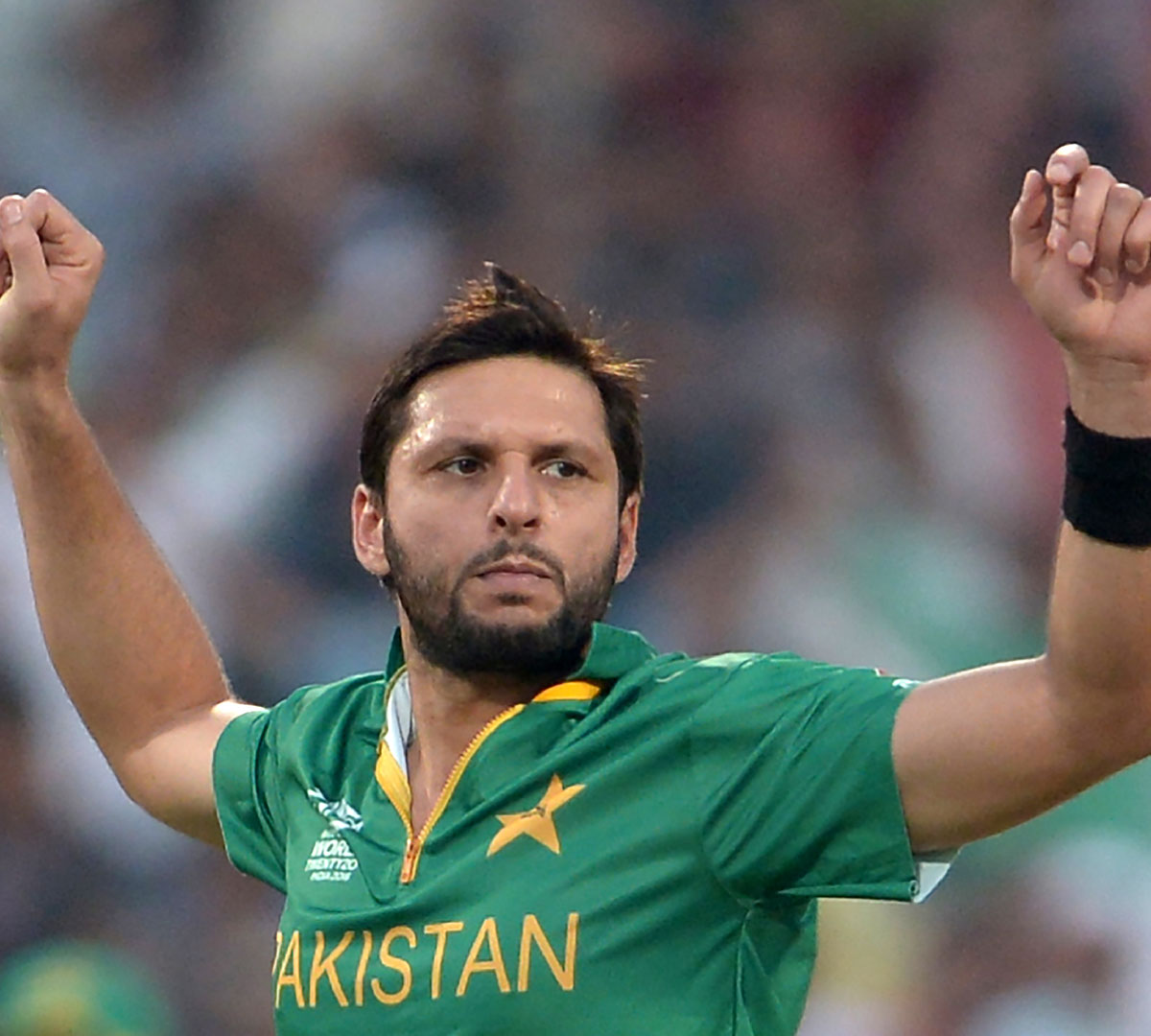 The assertions were not far off the mark. The highly touted incredible eye and having the strongest wrists in world cricket made him hit long , big and from the outset. The ability is rare even two decades down the line.

Afridi’s brand of cricket was fearless and according to many, it was sheer lunacy. A 37-ball ton was followed by a 37-ball 66 in just his 5th ODI. All this fermented the hopes that this good-looking hunk will hit them massive.

Hence, the first 5 matches of his career contrived the Afridi that millions know. He was asked to open the innings to give quick starts. He went out doing exactly that; he succeeded and failed, but perhaps in the more classical sense, he failed more than he thrived. It could be argued that he was not given the role that Ramiz Raja, for instance was given, his the comparison with specialist openers was rather harsh.

He may not have been consistent, but 3 months into his career, he had authored some fine victories for his team, to include prominent performances in the tri series victory in the Australian summer of 1997. He performed with both bat and ball, albeit inconsistently.

However, his game changing dexterity was there for all to see. His orthodox flicks and cover drives were overshadowed by his brutal hitting. Charging fast bowlers and hitting the ball in car parks is even  rare in this day and age. The crowds erupted , and why wouldn’t they?

Lala (big brother in his native language ) backed his natural prowess to do what he knew best . Despite being a pretty decent bowler, it was Afridi, the six hitter which satiated the public.

By the time , Afridi got his test cap, he had become the darling of the crowd; a harbinger of hope and most importantly , oppositions knew that if this enigma fires, the game will be done and dusted. 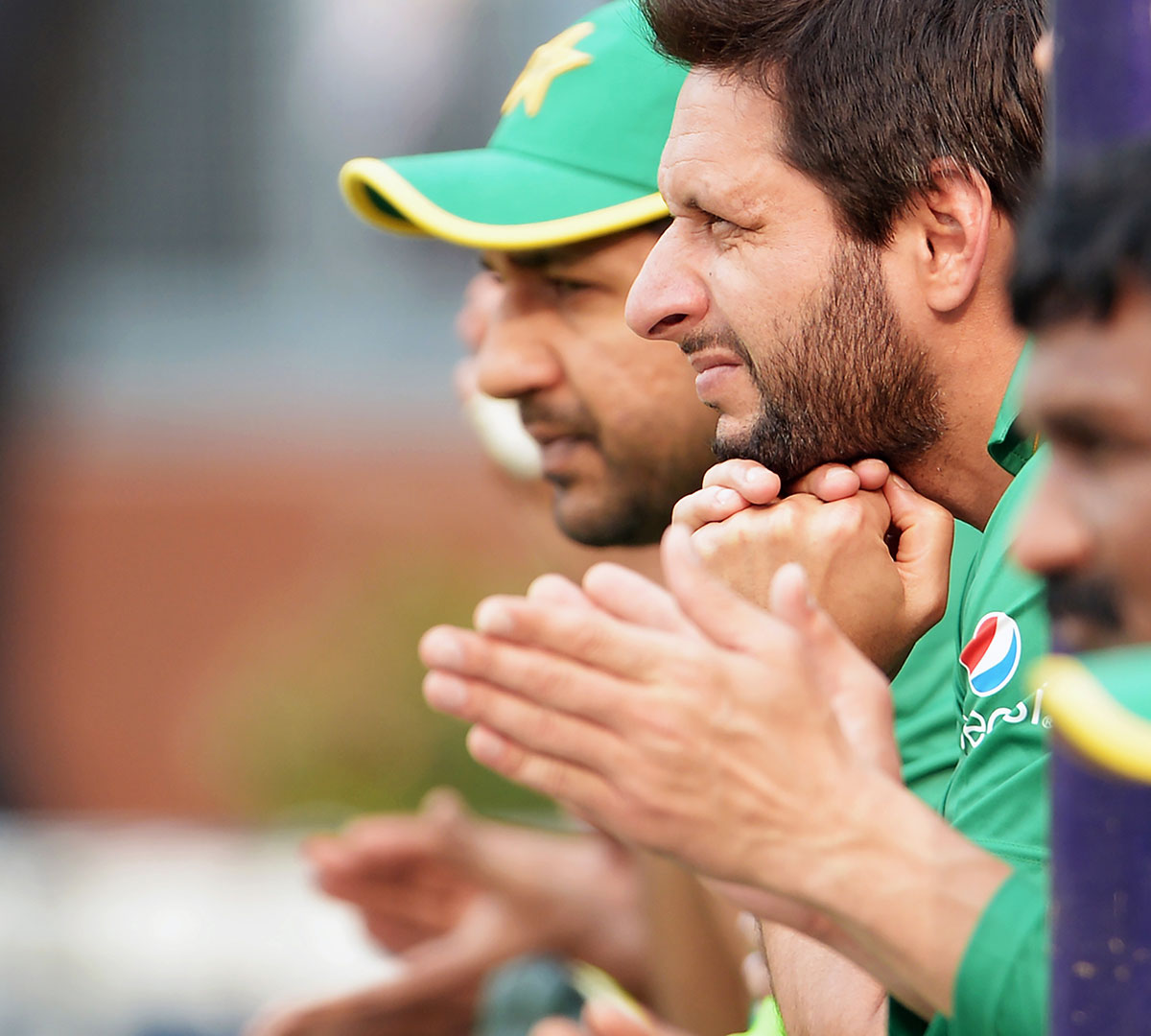 However, we saw Afridi start off his test career in style . A 5 fer on debut was followed by a match winning 141 to chalk out a famous test win in Chennai. On a turning pitch, we saw Afridi flaunt his usual hitting but we witnessed sweeps and cuts too.

One could talk about his faster deliveries, his 5 fers, his controversial statements and his trysts with leadership, but that would merit another piece. But a few words on who Afridi was and what he offered to Pakistan for two decades is certainly merited.

Arguably, the achievements of Afridi are not in line with his natural abilities. That has reasons which are found in how he was dealt with in his initial years. As an example to testify this claim, one can clearly mention the fact that he was dropped from the test side for 32 months after scoring 107 and 70 against West Indies and Srilanka, respectively!

Indeed, Afridi was quite inconsistent, but perhaps one of the most impactful the game has seen. His performances were legendary but far and few. There are still very few who can change the complexion of the game in a jiffy.

Shahid Khan Afridi may not be statistically up with the best, but he has engineered Pakistan’s greatest memories in the past two decades, be it the Bangalore test or the Guyana ODI.

Afridi was and will never be afraid to use the tools that he knows best. Despite high likelihood of failure he went for what he knew and deemed best. One has to fathom the fact that the very method has produced results too, which gripped the country in fervor and euphoria.

Afridi was a warrior who fearlessly tried to use what he had, oblivious of ramifications. He was an icon when the weapons fired but was lamented when they didn’t.